There were of course weapons of mass destruction in Iraq.

Please expand upon your opinion 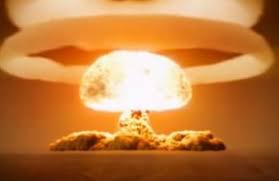 Please expand upon your opinion

Very courteously asked, but no.

Iraq had viable WMDs. Period. Arguing this posthumously is retarded. Oh, the dictator reformed himself? Get fucked. Do we consider Russia a nuclear power?

Please expand on this opinion

It’s not an opinion. It was true, at one point, and it was consensus, at one point. There’s that troubling word again, we keep using it, but only when it suits our agendas.

Have you stopped beating your wife, yet?

My dog is not my wife

Were the lies about WMDs better than Putin’s lies about protecting ethnic Russians in Ukraine?

Were the lies about WMDs

That there were WMDs

Of course there were weapons of mass destruction.
Don’t be dense.

The UK has WMDs

The US should have invaded their instead.

Several small labs and operating facilities for producing biological and chemical weapons were found by the U.N. and other investigation groups.
What they did not find was the Big Kahuna stockpiled arsenal, and operating infrastructure.
What they did get were reports and testimony that Saddam was constantly violating U.N. rules, and agreements, regarding military weapons, moving them back and forth to Syria as a regular practice.
And that Syria was a serial participant in such movements.
What the U.N. never was able to determine was if that round of weapons transfer from Iraq directly before the invasion included Iraqi biological and chemical weapons.
And of course Iraq had a decades long history of both making and using chemical and biological weapons on its own dissident population, and also in conflict with neighboring countries.
That is all well documented, and not in dispute, by the U.N, or the C.I.A. reports, etc.

You mean the butcher of Bagdad… Lied… No way.