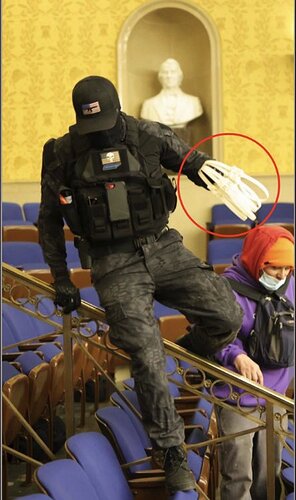 The hat is apparently from the Black Rifle Coffee Company: 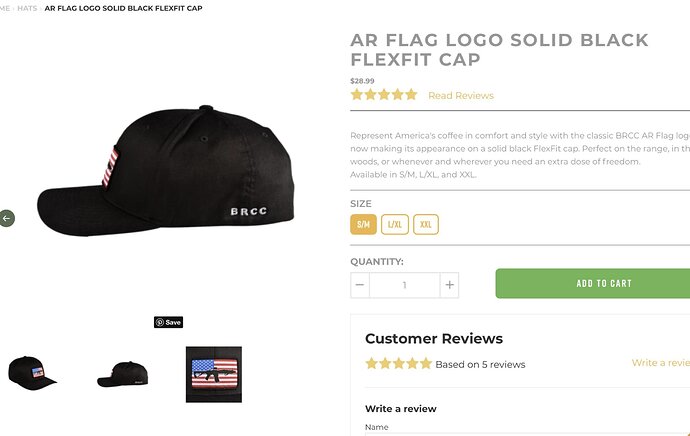 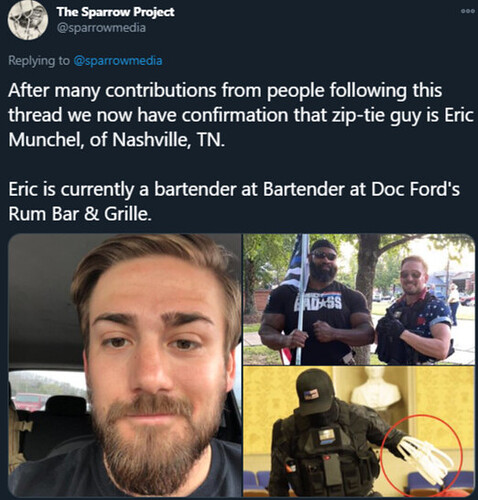 FireShot Capture 153 - The Sparrow Project on Twitter_ After many contributions from people - twitter.com523×546 79.4 KB

Well let’s see that is an open carry on his hip, illegal in DC, and in Federal buildings in general. Looks like a knife too. DC doesn’t look to kindly on that. The he is treaspassing(I presume) in the Capitol. I’m gonna say this guy is going to be in a fair bit of legal trouble.

Wearing a shitty hat promoting shitty coffee should get him an extra 5yrs.

Do we know who’s planning the next attack? And what his grouo affiliation is, if any?

What is it with larping and civil unrest? People suddenly feel liberated enough wear their shit Chinese Tacticool kit and go around being a bunch of lizards.

You need both disguises and armor. They aren’t larping.

PS I love that he has an empty chest rack attached to his plate carrier. That is just so larpingly awesome, it broke the Larp-O-Awesome-Meter.

Well let’s see that is an open carry on his hip, illegal in DC, and in Federal buildings in general. Looks like a knife too. DC doesn’t look to kindly on that. The he is treaspassing(I presume) in the Capitol. I’m gonna say this guy is going to be in a fair bit of legal trouble.

Wearing a shitty hat promoting shitty coffee should get him an extra 5yrs.

Fortunately last summer Trump signed an executive order with a mandatory 10 years in prison for this kind of thing.

He went with his mother:

1.) Could mean he’s not allowed to drive.

2.) Mummy dearest thought there would be a demonstration, and maybe later they would go out for an early dinner.

If he has signed an EO for a mandatory 10yrs for selling shit coffee using your Vet chops, he might(small outside chance) have gotten my vote.

What I’m getting at is that when people larp they usually buy cheap Chinese knock off’s of decent kit so it looks good from a distance but doesn’t break the bank. Occasionally they go the other way and buy really expensive kit for authenticity but it’s rare.

Its not empty. He has stuff in some pockets.

I thought the kit was modular. Sure I see stuff in the side pouches, but then magazine pouches in the front, to me, look empty. Unless you are COD larping why not leave those home and move the side pouches around front for easier access.

Unless it really is airsoft kit and not the modular stuff I’m used to.

I think he’s using a tactical vest over his plate carrier. Mine is modular as well, but its easy to just toss a tac vest on. Plus some come with non modular pockets. Armor was on sale early 2020 so everyone has at least shitty armor.

Wearing all-black military style clothing complete with mag pouches, zip ties, a pistol and bringing your mum is not a disguise. Wearing a mask seems like a good idea but when you’re caught for wearing all that shit it all becomes pointless.

By wearing all of that he’s pretending to be something he’s not. I say larping as I’m making fun of him but to put on a serious face I’d say he’s a fantasist, perhaps dangerous if that pistol was loaded but a fantasist none the less.

Nah. He’s real militia. They defeated the capitol police, and shut down the most powerful nation in the world. That’s legit. These guys have been fighting for a while now.

Maybe the pistol is airsoft too? I mean seriously why in the hell would you open carry a pistol where they are illegal. I’m amazed that he wasn’t arrested long before he got inside the Capitol building.

Defeated the Capitol police, when according to reports I heard they were at half strength because Trump stood them down. Aside from that they shut nothing down. Minor interupption at best.

I think so. Or hope so. Open carrying there is fucking insane.