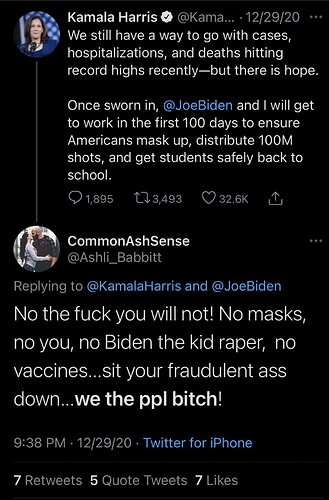 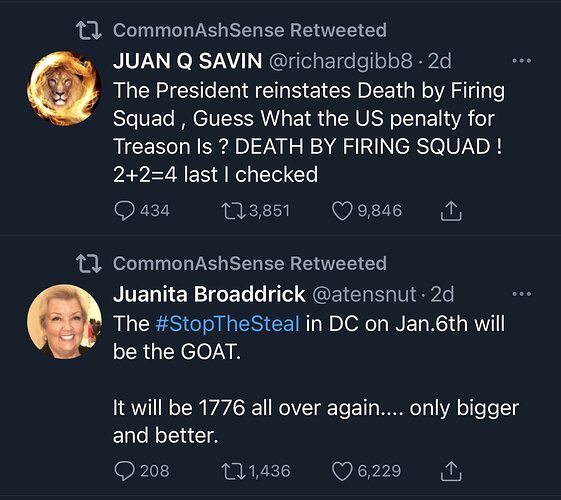 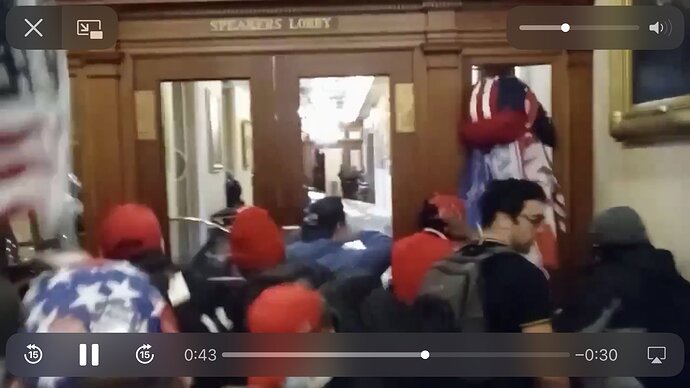 I’m no expert, but that seems like excessive force.

Dude shot her COM from a protected defendable position before she even breached the door. That is excessive, to me.

An angry mob was trying to breech the halls of congress.

That moron asked for it every way that you can ask for it.

Edit: and dig those fucking idiots clogging the halls, a dozen people refusing to give the first responders room to help so they can have their moment riding in on the drama.

Fuck every one of those MAGA idiots.

None of the cops can render aid or try to put pressure on the wound to stop the bleeding. They love playing secret soldier until one of them gets clipped whereupon they all suddenly play the victim.

“But but but but, I was only trying to over throw the federal government! What’s so bad about that???”

They were in trouble dude. It was like Lord of the Rings. Tens of thousands of attackers.

Dudes, watch the video. There are people casually strolling in the hall behind the shooter. In trouble, lol.

I was there. Like a hundred thousand people rushed the capitol.

And the 3-4 cops in full gear behind the vic couldn’t handle the situation, either, amirite?

So, you haven’t watched the video at all, let alone with a critical eye.

Dudes, watch the video. There are people casually strolling in the hall behind the shooter. In trouble, lol.

Yeah. We sometimes call those congressmen and otherwise people with a right to be there.

I can’t just lead a fucking angry mob into the secure portion of the White House can I?

“Ashli Babbit, a 14-year veteran, who served four tours with the US Air Force, and was a high level security official throughout her time in service.”

Its quite possible she was working.

It is moderately interesting that a woman from San Diego would be at the capitol for this event. I give you that, at least.

Yeah. Stupid. And she should have known the buck stops when the Secret Service points a pistol at you.

Allegedly she was shot by USCP. Not USSS.

Stupid is that after the summer of ACAB riots, deadly force was the first and only option employed by a federal LEO.