And so we’re about to have a real serious problem about my credit card number.

I’m not confused, or insane or making a mistake. The meeting referenced is a meeting Vinny would soon attend, hosted by the IBJJF, to collect my credit card number. It’s 2021 and the abuse continues to the point where I have former family members trying to kill themselves. I understand you think its ok if I get hurt over my credit card number, but if this shit doesn’t stop, and I can’t find food, it will be other people hurt this time. Dead fucking serious.

And Bullshido had these posts the first time. It’s the first thing I said. The rest of the info came when it turned out these people were involved in a lot more crime of a similar nature.

Get a lawyer and go to the authorities

Sounds like a plan. I’ll go hire a lawyer with my deep pockets and then go call the same cops that ignored this last time.

I don’t expect anyone here to listen to my advice, you are all too wise, to need advice, and I am too foolish to give any.
However, it sounds like Osiris got proper fucked.
Therefore, before the spirits that share your couches and mine, whisper their advices in our ears, and encourage our fingers to pass that advice along…
Maybe we, and they should all piss off.
It did not happen to us.
It happened to him.
So listen.
I do not ask you to believe every thing Osiris says.
But, I would encourage you to not offer advice in hypotheticals, with no experience, as if Osiris was stupid, or as if this did not really happen.
Sometimes, we listen.
If you feel moved, and particularly if he asked, lend support.
Otherwise, I would offer caution about giving advice, or judging, in any case, and every case, where we, or you, are in no position to judge.
And no one here is in a position to judge, as far as I can tell.
This is not reality T.V.
Osiris is not paid to tell his tale here.
You may be entertained, but if the purpose was just entertainment, than we would be the worst sort, of the lowest character, and the most easily, and suspiciously entertained, and titillated by others’ suffering.
The only thing worse than being Nero, is being a member of the audience who finds Nero’s fiddle marvelous music, and finds his circus better than bread, sound policy, and justice under the law.

I just can’t keep track of it. It’s so confusing and there is no evidence. So confusing. I just don’t get what happened. So unclear.

I mean, its not like Carlos has a history of abusing his power by having third parties commit crimes for him. Obviously Jordan is the suspicious character. 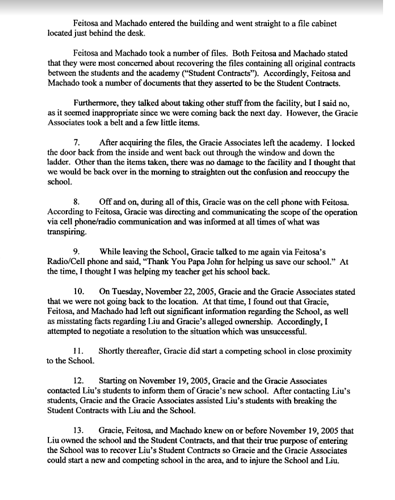 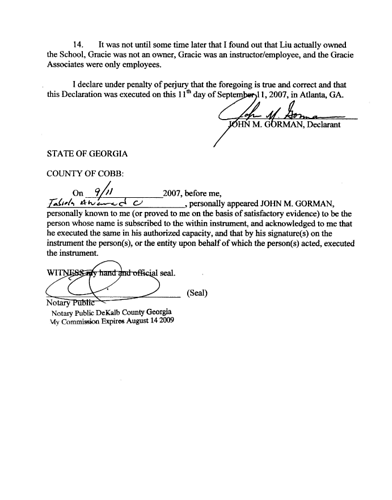 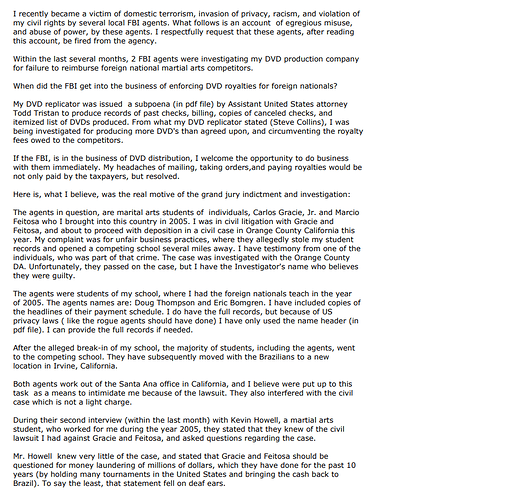 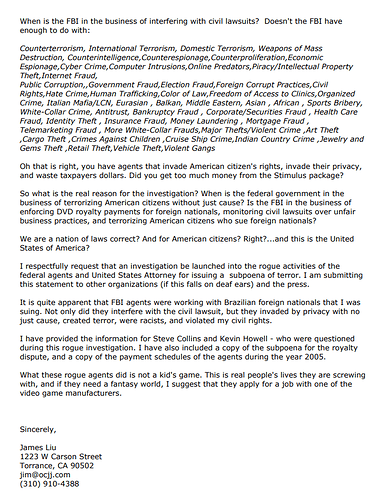 SO CONFUSING… SO UNCLEAR… while people trip over themselves to report and/or confess to the initial crime and similar martial arts crimes. Carlos is a guy that sends a guy to come get your money and/or intimidate you, if he thinks you’re vulnerable. He feels entitled to anything within BJJ. It’s that fucking simple. I honestly think a lot of people just like abuse and abusing a strong person felt good. There was no confusion, misunderstanding or lack of evidence though.

And the best Bullshido could do was shit the bed, and at times help the criminal. Though this is a shining example of why fraud is bad. What happens when you have a fake martial arts investigations group? I ask for your aid once more. Sort this shit out. You won’t be helping me. You’ll be helping the criminals. Cause else, I’m gonna sort it out and I don’t give a fuck who gets hurt. Worst case scenario I get three hots and a cot, which may be an upgrade to being black in America with no saleable trade. I invested in what I thought was a legit education/career for a reason.

It is confused and confusing. You are posting screen shots without any context or explanation. This is taking place this year? Or was it in the past?

What do you hope to accomplish here? As a general rule attacking your audience is not a good way to win support. I wasn’t active on Bullshido when this went down. For various reasons others might not have understood what was going down. I did read the original thread to try and understand this, and it was damn confusing.

Right now, with this story, you seem to be starting in the middle, rushing headlong to the beginning and then tacking on some sort of odd ending which is “Bullshido sucks and is complicit.”

So people cannot follow what is going on. I believe that you were screwed over, mostly because Bill Murphy has told me offline that you were screwed over. However, as Bullshido is a forum and not a monolithic entity, and C. Gordon is here defending you to the best of his ability, your one premise is bullshit. So once again, please, step by step lay out what happened. Start at the start, and work your way to the end. Starting in the middle, or the end just doesn’t help.

The Vinny Souza incident was in 2013. That IS the context. Give me your money or else. That was going on DURING MY BELT PROMOTION.

The rest of it is pretty clear. Carlos Gracie Jr using proxies to rob people and intimidate the victims. This is from the past. 2007 or so. It is included to illustrate that this is what this man does. It’s not exactly Game of Thrones my dude. It’s literally victim complaints and confessions from perps. That’s the context. Carlos Gracie Jr is a criminal who uses proxies to commit crimes in the martial arts community. It’s that simple.

Ok. Nevermind. Go ahead and howl at the moon. I’m out.

How am I howling at the moon? I literally posted two confessions and another victim complaint. It is NOT complicated. I am complaining vociferously in hopes that SWIM steps in, because they may have a kinder, gentler approach that results in less damage to fewer lives. Because I plan on moving recklessly and aggressively, with my only ethical concern being the quickest path to destroying these predators. Though I might stop the pedos while I’m at it, cause they’re available and my brothers would LOVE to get their hands on them.

C. Gordon is here defending you to the best of his ability, your one premise is bullshit.

I am not so much defending Osiris, as pointing out that when one loses one’s sig other relationship, that sig other is in crisis, one reports that one has lost one’s business, and one reports they were treated to a jail cell / mental facility because they got the cops called on them during a civil dispute with a large, well funded organization, and got the worst of it for being a black man with a big mouth,

Let alone being not appropriate for a group that holds or held itself out to the public as a consumer advocacy group whose former mission was to expose martial arts chicanery.

And survivor / victims, in particular while still dealing with the aftermath, often present themselves as being in crisis, and traumatized.

So, I am not asking everyone to believe everything, or anything, Osiris says.

But for damn sure, don’t mock him about his life being turned upside down, and his career, and credentials being brought into question, because someone tried to put the squeeze on him for $2K, as a condition of his promotion, or contrary wise, an impediment to his promotion being formalized, and he was not having it.

Because these facts seem well documented:

So, of course Osiris is pissed.

My comments here are addressed generally, not specifically to Tzadok, despite my coincidental reply to his comment.

This is so not a game. 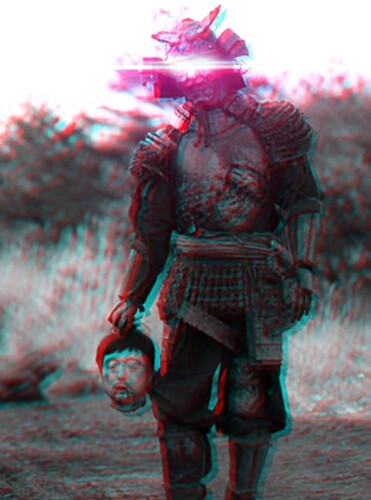 Maybe the official martial arts fraud busting agency should take a good look at BJJ. And I understand it was all fake, but I believe in you. Fake it til you make it.

Is there any documentary evidence that this was related to your black belt?

This letter is simply nonsensical. Over producing DVDs and not paying royalties is piracy. Writing a letter to the FBI acknowledging that the FBI is responsible for investigating piracy while also complaining that they should have better things to do than investigate your privacy is just silly.