Time for a serious discussion about the Ukrainian-Russian (or is it Russian-Ukrainian) Situation.

Or maybe not, who cares, right? But maybe that’s the crux of the questions.

Here’s an article that I found to provide a rather refreshing viewpoint on the whole thing.

It even uses the term “midwit”… 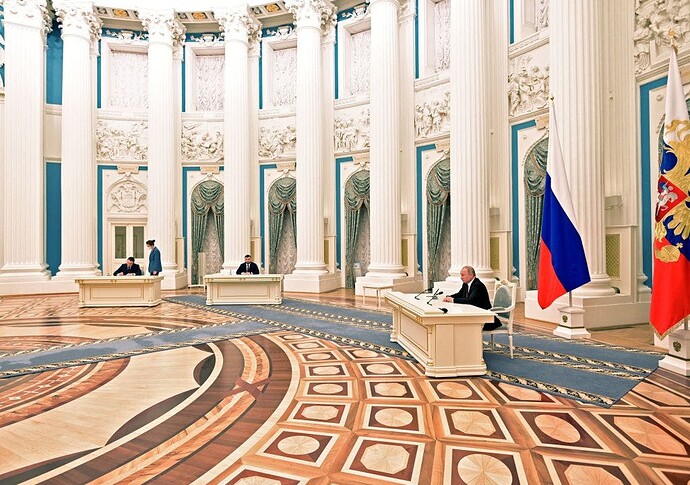 JD Vance, Ohio’s senatorial candidate, and one of the most interesting new voices in the debate about American grand strategy and Ukraine threw a bomb…

So will we let Russia keep these two bits of Ukraine?

Switch off the energy supply from Russia

It will be tough, but the sooner we wean ourselves of non renewables the better IMO 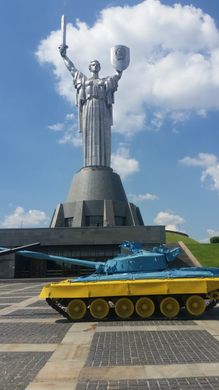 He must have calculated that any sanctions from the West would be ineffectual. Sadly that’s not an unrealistic prediction.

Either he occupies the whole country, or he occupies enough to put his own regime in, but then he would have to support it long enough to organize his own Ukranian army which could take years.

I predict Russia will have control of everything they want in the Ukraine in 5-7 days. It’s flat terrain which makes it a lot easier then Afghanistan.

When Putin was taking about “de-nazification” I would predict that means a whole bunch of Ukranian political, military, and society leaders are going to get carted off to labor camps in Siberia or shot. I think Vlad will want to “decapitate” independant Ukranian nationalism, at least for this generation.

The KGB on Stalin’s orders did much the same to the Polish pre-WIII military right after they jointly invaded the country with the Germans in 1939.

So, I purposely don’t watch the news. I haven’t in years. Occasionally, I will school myself up on something that I find interesting. I am just beginning to read up on this situation.

I have no opinions yet. Just questions. I’m interested in some opinions….

Why is Putin objectively in the wrong here?

Did portions of Ukraine not declare their own independence and are they not in favor of Russian intervention?

Why are those people not considered freedom fighters?

The United States has a history of providing support to populations that declare their own independence. What makes that different from what Putin is doing?

If Texas declared independence from the United States, they would receive support from numerous nations. Why is Russia the bad guy here?

I am also beginning to read about treaty agreements from 1990 that NATO would not expand eastward. That seems to have happened. Why would Russia not have a legit beef about that?

Talk to me, fuckers.

In a nutshell, Putin is invading in a land-grab,
most likely for resources, a show of force to the West and a show of force to the Russian people to confirm that he’s the man for the job. No matter what bullshit he tries to coat it in, wether it’s the NATO boogeyman or the ‘liberation’ of Russian sympathisers (both notions are laughable), it’s an invasion and an unprovoked attack on a neighbouring country.

Ukraine have voted to become closer to Western Europe

We should welcome them and help them

Is it even possible?

What is the real situation with the territories in dispute? Are the people there legitimately wanting to break away from Ukraine?

Regardless of what the rest of the world may think, this seems to me to be a matter of principle and leadership in his eyes. He has to know there’s a good chance he’s going to fuck around and get himself killed. He’s playing with fire.

A referendum was held which overwhelmingly voted to ceed, but doubts have been raised about the veracity of the result

Putin has form in the election rigging business after all

So they voted to not be a part of Ukraine? But people are questioning the election results. Didn’t people laugh at Trump when he did that?

So Putin has a valid argument that he is acting in support of the wishes of the people of those disputed territories?

How long ago was this vote? What was Ukraine doing in response to that vote?

Kumchuctcha for accessibility to Alaska

Chechnya because those guys are itching to go jihadi again

So they voted to not be a part of Ukraine? But people are questioning the election results. Didn’t people laugh at Trump when he did that?

The US has a rep for running free and fair elections

Russia is constantly bullshitting us and taking us for fools. I tend to listen to Russia and believe the opposite

That’s a flimsy argument though, unless there’s hard evidence. Anyone can argue that any election is phony at any point. It’s just talk. That means nothing. Without evidence it just sounds like the crazy shit people’s dads talk about on Facebook with their stupid friends.

So there was a vote. How long ago, and what was Ukraine doing in response to that vote?

Interestingly, I happened to sign into FB today and was immediately bombarded by some pages suggested for me that seemed to clearly be Russian troll farm material.

One had a confederate flag icon and was called something like “Preserving the Heritage” and a very tasteless meme stating that the Civil War increased the number of slaves because it forced the US government on people who didn’t want it. Given I have never lived in the South or liked any pages or groups remotely related to that, it and the 4-5 other similar items in the last 24 hours is certainly anomalous.

Russian infiltration and support. They sent in professional soldiers not in uniform. 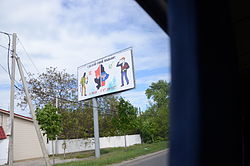 Referendums on the status of Donetsk and Luhansk oblasts, parts of Ukraine that together make up the Donbas region, took place on 11 May 2014 in many towns under the control of the self-proclaimed Donetsk and Luhansk People's Republics. These referendums sought to legitimise the establishment of the republics, in the context of the rising pro-Russian unrest in the aftermath of the 2014 Ukrainian revolution. In addition, a counter-referendum on accession to Dnipropetrovsk Oblast was held The r...

Russia has game for weaponising local sympathisers or ‘Russian-speakers’ (meaning locals with Russian ties) in most of the ex-soviet countries. These minorities are generally used as an excuse to fuck about. In the Ukraine’s case, Putin claimed that Russia will be saving the separatists in the Donbas region from genocide (which hasn’t happened) and this justifies his intervention.

If this was true, why attack the country on four fronts, why aim for the Capital, why assault The Chernobyl plant, why claim that this was all an exercise 24 hours ago etc. It’s a bullshit excuse for an invasion, more for the Russian people than anyone else, the media (apart from elements of the web) is state controlled so they don’t have any reference outside of what Moscow tells them.

Nobody else is buying it.