On a technical level, the art is ace, and more effective than BJJ. WHEN STUDIED CORRECTLY. However, two things have gone wrong.

A. According to texts, they deliberately added BS to the art.

B. Most of the instructors are fake.

The push hand competition seems interesting.
Anything that one can gamble on, is good sport.

I disagree. Push hands is one of the elements hurting art. They need sub only TJ IMO. So the full art can be expressed.

I think Chen Z is a good example, what do you think?

Funny you posted this today as yesterday I was at the gym with my friend who is a pro fighter who fought 5 times for Bellator and he was telling me that he has just taken up Tai Chi to help him prior to his next fight in March.

Made me want to give it a go but im gonna see my yoga through first and wait to see what he gets from it.

No, not THAT tai chi. The martial art. It’s like wrestling combined with BJJ. It’s designed to cripple and kill in seconds. Everyone scoffs, but if someone came through a BJJ class using tai chi they’d be banned from the dojo immediately.

is that chinese Gen Z?

He’s fun, but IMO held back by the rules. Aoki has some of the sickest tai chi type fighting out

Hang on have I been transported back to 2003?

No, its just that people STILL don’t get tai chi, and thats a silly state for grappling to be in.

The infamous "Taiji’s… Patty cake, patty cake, baker’s man… blast me in the face, as fast as you can!

Tou Shou
Rou Shou
Chi Sau…
all the same… teach skill sets, that for the most are irrelevant, that get checked easily by simple means (like foot work and feints etc)

Chinese TMA didn’t used to be like this. Early 1980s when I first started Xingyiquan (an art that is a joke now) we used to spar like this. 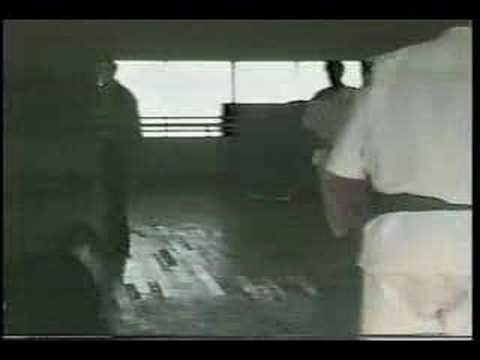 This is Japanese Yi Quan (Taikiken ) vs Kyokyushin Karate. Full on no gloves. Yi Quan is an off shoot of Xingyiquan. The word Neijia (i.e. Internal) now attracts a lot of (Róuruǎn shǒuwàn) soft and supple wrists. To the point I wouldn’t think of trying to maintain a school/kwoon. Never get the membership to support it.

It’s the the real Wing Chun, everyone has it but nobody agrees with the credibility of each others 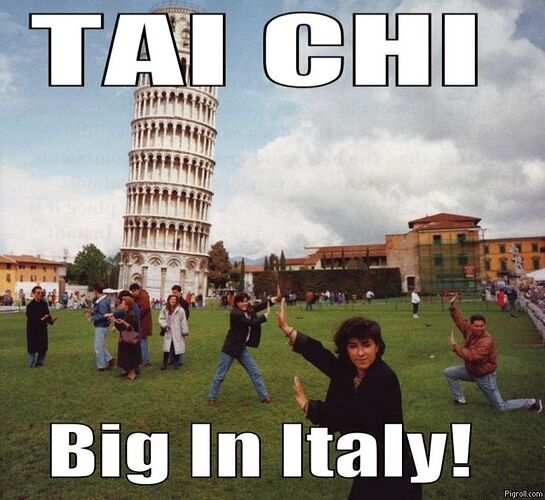 You have a base technical set consisting primarily of arm locks and throws. To do taiji you want to close the distance and then entangle the opponent. While this is done almost entirely from a standing position, if the rides is relatively the same, orientation wise, this works just fine on the ground. From your locks you have the choice of modern submission or if you’re fighting, to throw the guy into the sub.

How does it differ from judo or bjj etc?

It can also be seen similar to arm drag into submission.

Got any decent vid?

Nope. For some reason no one does tai chi.