President, Vice President, And Even The Original Prosecutor Can't Save Him Now - Jussie Smollett Jussie, Jussie, Jussie. Look at you now. That literal noose you placed around your own neck has become a figurative noose.

Can’t act your way out of this one. Can’t tug on the heartstrings of a compassionate media that wants so badly to believe that a couple of MAGA white boys would be so racist and homophobic that they’d recognise a gay and black icon on the street in the middle of night, from a distance, presumably because they were just so racist and homophobic that they studied your career. Can’t get the President and Vice President to condemn the actions of white supremacists on your behalf. Can’t get the Prosecutor to drop all charges for a big fine.

Yeah, that all happened. Some of you from the old forums will remember my first post on this. From the outset I knew it was fake. How you could fall for it I’ll never know. Sounds like there is a massive portion of America that deeply wants it to be racist, so when it isn’t, they make shit up.

I’m not saying it isn’t racist, just that racism isn’t overt like that (anymore). You gotta do it subtly. Like introducing Critical Race Theory into classrooms…

Years in the making, this is going to be fun to watch. Not for any political reason, just because the defense has told so many different stories, at this point; tripping on your own shoelaces should be a felony.

Ghilaine Maxwell , Jussie Smooliet , we are really being spoiled with fun to watch court cases this Xmas.

My prediction with JS is a suicide attempt within the next few months, it will be unsuccessful as self absorbed people like him never actually want to kill themselves .

Maxwell? well everyday I hear she is still alive my face is like 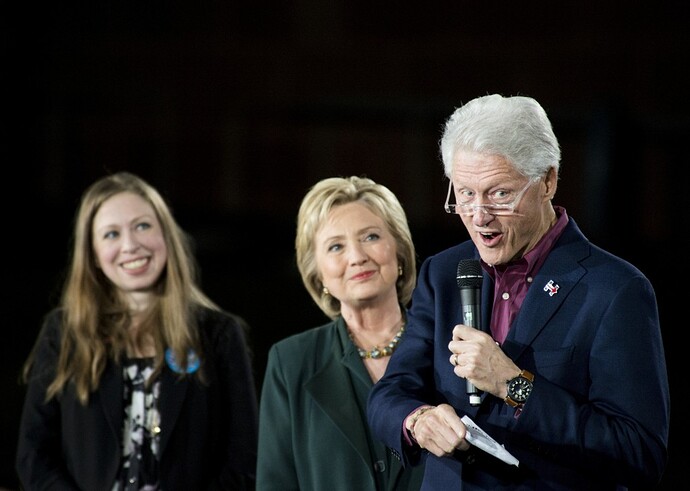 Former President Bill Clinton took more flights aboard a jet belonging to a registered sex offender than previously thought, according to a FoxNews.com analysis of flight logs.    The logs showed Clinton took at least 26 flights,...

Too bad Donald was on many of the same flights

The Donald was in Russia getting golden showers.

The article Joe posted was about trump’s election campaign, so mentioning trump is appropriate

I dont see how Epstein is involved in THIS one, but fuck all these predators.

Don Lemon hopefully gets as fucked as Cuomo for using his position as a journalist to warn Smollett that the cops didn’t believe him. GUILTY!!! Where are the retractions from the racebaiters? Is BLM going to double down and riot because they chose to “believe” his story regardless?

Looking forward to a harsh sentencing, he won’t get it, but I wish he would. Doesn’t matter that this piece of shit probably emboldened a heap of nonsensical racially biased rhetoric, they’ll softball him into community service or something.

I’m just happy he got found guilty cause that motherfucker a goddamn liar AND a shit actor.

Nowhere in this article does it mention the race baiting for personal gain or fanning the flames of racial divide. Epitome of pushing a false narrative for corporate profit. MSNBC deserves if failing numbers.

Them and CNN - heads have to roll.

I will say, though, the last few weeks have been amazing for JUSTICE!

His lawyer is certain he’ll be acquitted on appeal

This question explains your outlook on our country. 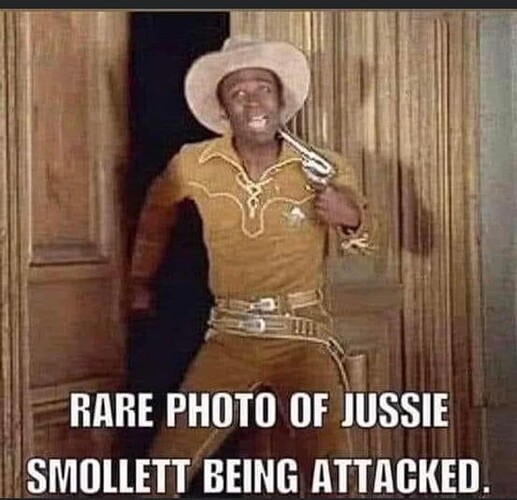 I think Joe is implying that CNN teaches a sensationalized narrative.

Well, yeah, but yellow journalism is almost all there is now on every network. There are still a few honest voices but I’m so sick of hearing everyone’s shitty complaining about the opinions of the other side that I don’t want anything to do with either side’s crybaby routine.

When I heard that SJWs and bigots we’re in a tizzy over old editions of D&D books it broke my capacity to feel sorry for anyone involved in any of this.

Most hetero gender norm people have no problem with LGBTQRUVXYZ people or minorities and they just want to be left the f alone. I don’t care who tucks what where or who got what snipped or who is taking extra man sauce with their morning coffee. I just don’t give a damn and I’m sick of watching assholes complaining about each other for refusing to change their minds.

My rights end where yours begin and vice versa. Can we stop making absolutely everything about our own bullshit and start leaving each other the fuck alone again?

I think Joe is implying that CNN teaches a sensationalized narrative.

IMO it’s the other way round

Media, especially commercial media, play to the morays of their demographic

The audience gets what they want or vote with their feet