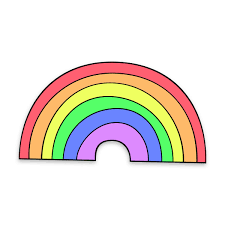 Diversity is all the rage in entertainment media these days, and I’m all for it. It’s great to see people from different backgrounds popping up in TV and cinema

Here comes the ‘but’ (contain yourself Sub)

I was watching Enola Holmes the other day with the kids, and the whole thing is chock full of non white faces, which on the surface is great

My problem is this.

My fear is, for the majority of people who do not study history and get most of their historic knowledge from entertainment media, is this artificial diversity rewriting history and rainbow washing the reality that Victorians were a bunch of racist cunts

I knew mentioning buts would pique your interest

What if van Gogh cut off the Mona Lisa’s ear?

I see it as the same question. There’s plenty of culturally historical works of fiction that are constantly being updated to, maybe not be more woke, but to be more palatable to a woke generation. I’m not sure there’s a distinction, there, but that’s an aside.

A work of hysterical fiction has already taken license. My issue is that the work itself likely represents a proper historical view of what the artsy fartsy types were doing, at the time, so it is a corruption.

I dislike the ‘white washing’ of films, I understand that it’s an attempt to sell a film with a non white cast to a largely white or western audience. But I believe that people should just write their own damn work and not hijack someone else’s.

The same applies to tokenism and now the ‘wokening’ of current films for the exact same reasons. If someone wants to make a gay, female super hero that’s fine but again they should not hijack someone else work (Batwoman, I’m looking at you!).

Of all the unrealistic things in any given film why is this the disbelief breaker for you?

Also how up on the actualy racial demographics of Victorian England are you? 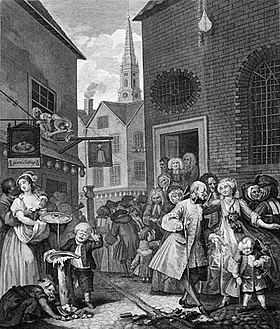 History of African presence in London

still Using bioarchaeology, DNA analysis and the examination of grave goods in Roman London have identified one woman from the southern Mediterranean that may have had black African ancestry who had both travelled to London during the Roman period. Early in the 16th century, Africans arrived in London when Catherine of Aragon travelled to London and brought a group of her African attendants with her[citation needed]. Around the same time Africans named trumpeters, who served Henry VII and Henr...

It’s not an issue of suspension of disbelief

I have watched many documentaries about the history of black and brown people throughout British history, but I would not claim any expertise

What did you think of Enola Holmes?

I think people traveled and intermingled a lot more than anglo-centric text books will admit or even attempt to cover.

The genetic testing of arheological remains from ancient ship wrecks paints a very colorful picture. Of goods from anywhere there was a port and crews just as diverse. There would have been merchants, cravans, sailors, dignitaries, emmisaries and pilgrims from everywhere just about everywhere.

I say history has been broadly white washed.

However: I do think shoehorning randomly intersectional characters into historically inappropriate roles for their era without any contextual reason or conflict within the story is rediculous and a disservice to our culture.

Fine. Your character is dusky and sexually ambiguous in medieval Europe. That’s going to raise some eyebrows. That’s actually high drama. What are they doing there? Who is their love interest? What will the Jones’ say?

But just slapping sexuality or ethinic background onto a character without rhyme or reason is just cultural appropriation and extremely disrespectful to the people it steals from. Their stories, their strugles, their lives.

The Bridgerton could be a good example of your point.

Bridgerton is an American streaming television period drama series created by Chris Van Dusen and produced by Shonda Rhimes. It is based on Julia Quinn's novels set in the competitive world of Regency London during the season, when debutantes are presented at court. It premiered on Netflix on December 25, 2020. The drama centers on the Bridgerton family: Violet, Dowager Lady Bridgerton; her four sons, Anthony, Benedict, Colin and Gregory and her four daughters, Daphne, Eloise, Francesca and...

On the other hand. I can recall a couple of examples in which art has pictured history as the present was intended to become.

The very notion of Classic Greece was put up by Hadrian’s time romans, (Robert L. Fox has a book on it) I remember.

And pretty much any painter (Rubens, Durero, Velazquez, El Greco…) would depict soldiers of any time as soldiers in their time, until Neo Classicism, I believe.

Art depiction of the past, specially when fantasizing about it, is usually an ideological guideline towards the future.

I’m pretty sure Neal Stephenson disagrees. Enoch Root in the Baroque Cycle and Cryptonomicon appears to be very much of a chief antagonist that is moving backwards through time.

I could be incorrect, here, but I think a bunch of Arthurian legend has Merlin as a person moving the wrong way through time, as well.

John Landis once famously asked George Lucas after seeing the first Star Wars, “George, is everybody in outer space white?”. The only black actor in A New Hope is, of course, a voice actor.

That’s why you don’t see black folks until The Empire Strikes back, and even then, only two black character have speaking roles in the entire original trilogy.

These are actors playing a role right?

When Shakespeare was alive, all the roles were played by men I believe. Do you think they kissed on stage for Romeo and Juliette?

Its fiction, if your kids are getting history lessons from fiction you got some work to do in order to put tv drama into its proper context for them.

Art depiction of the past, specially when fantasizing about it, is usually an ideological guideline towards the future.

This is a hopeful and positive attitude

I wonder if the current trend for diversity is more about maintaining market share in a competitive industry?

The movie Get Out as case in point

The lead, Daniel Kaluuya, is an English actor which prompted criticism from African American representative groups that a black American actor was not cast

If you want to teach kids history, it’s probably better to show them a documentary rather than fiction based in a historical setting. Those setting are usually used to amplify drama in an age when today’s norms were controversial and the costumes looked sexy. Enough adults struggle with this type of dramatisation, let alone kids. 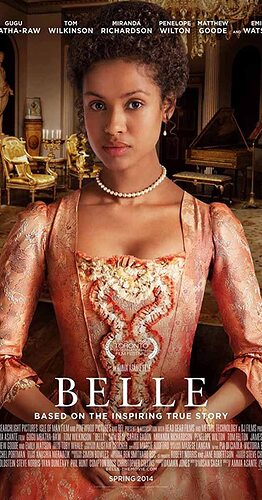 Well worth a watch