So, I tried grappling against multiple opponents on concrete. Here’s how it turned out.

First off, the concrete sucked. I took 95% of the damage I took from the ground. The rest was knuckle damage. I got skin abrasions up and down the side of my body I posted on for the “submissions”. This was the equivalent of a small beating.

Regarding submissions, unless they’re catastrophic, they don’t end fights. Just don’t and I think proper training should differentiate between typically catastrophic subs and less catastrophic subs. I believe adrenaline allows opponents to shrug off the damage til the next day.

Now, that being said, spider guard claps cheeks. I took no punch damage. The multiple opponents were an issue, but the jiujitsu bought time for my boys to pull up. I prefer spider guard with leg locks for incoming attackers. You’ll take no punch damage and stop the boot party. Back to the concrete is actually solid. No one is behind you.

Sweeping I found difficult due to the close quarters and lack of space. I fixed this by asking for someone else to hit the guy, which he did. This made sweeping easier.

I have found concrete to be rather hard. More so, sliding along it at rather high speeds is abrasive.

My take is grass is better.

Kasegetami is the tits for hard surfaces.

Will you try asphalt next time Osiris

Im glad I got to learn this from you as opposed to the way you learned it.

In your opinion what are the best fight ending submissions in this scenarios apart from chokes.

I have my own idea but as I am significantly less qualified than you plus have no intention of testing my theories I am interested to see your list.

I’m switching to knee bars. And sweeps followes by GNP. I got good results from omoplata as it let me lay gnp.

I fixed this by asking for someone else to hit the guy, which he did. This made sweeping easier.

This is the way. 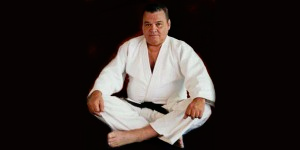 This is a nifty experiment. You are a nifty person. Keep up the nifty work.

I was friends with an RA in college and he told me this story. One rainy night, this guy from one of the dorms was out between two dorms and decided to run and slide in the mud. Then he ran and slid the other way. Then he did it again. People from both dorms who could see him from their windows started cheering him on until there was a loud roar each time he slid in the mud. He did it again and again, a dozen times or more. Then, he paused for a moment and the cheering died down to an impromptu momemt of silence. As if waiting for the opportunity, a lone voice from one of the windows broke the silence. “Do it in the street.”

You think I’m trolling? I’m a martial artist hanging out at a notoriously fanatical martial arts board. Analyzing a brawl makes sense.

Dude, I bow to you. Perfect response! Holee shit, man, you got it going on.

Fine. I resisted posting this for almost 48 hours, for the record.

“people fall down, they do not get up when they fight on concrete”.

That person was wrong. 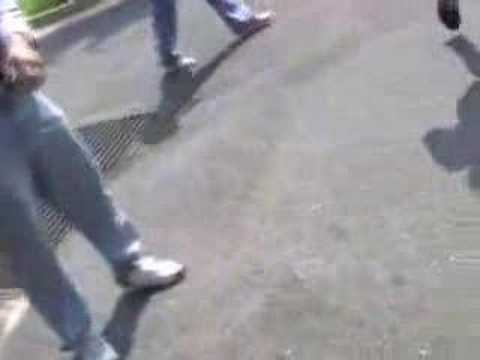 Whatever, more evidence of your internet expertise.

If we are doing war stories. I got a guy in a rolling guillotine once. (Standing guillotine, backwards roll in to mount) But had to bail when I saw my mates coming in to dog pile the guy. And I assumed if they land on top of me while I still have have his neck it would probably kill him.

I basically did a head stand to get off his neck and wound up being pinned in that position.

Omg newb. I’d have used a half-gainer and transitioned to a full-gainer with a Philadelphia roll.

I went for the dad joke. Sorry. Smh

A propper dad joke would have referenced the triple lindy. 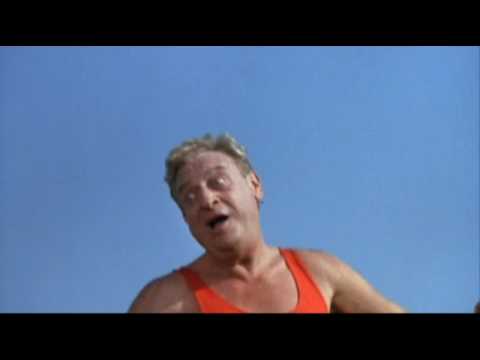 Going to the ground in as street fight is usually a mistake?

I got good results from omoplata

I love a good omoplata. It says “let me dislocate your shoulder while I’m punching the fuck out of your head.”