I’m a consultant for BofA.

Just instead of the Soviet State they want to do it with Amazon, corporate farms, Walmart, Starbucks etc.

Interesting that you make this comparison

You are babbling about crack cocaine and animal spirits not me.

Brevard usually disagrees with me, and I with him but his replies are on topic.

Hey, if you want to watch capitalism fuck people over because it makes them money look at Louisana where petro chemical companies pollute and their neighbors pay the price with their health. Judging by actions not words they don’t seem to care about cleaning up their mess. 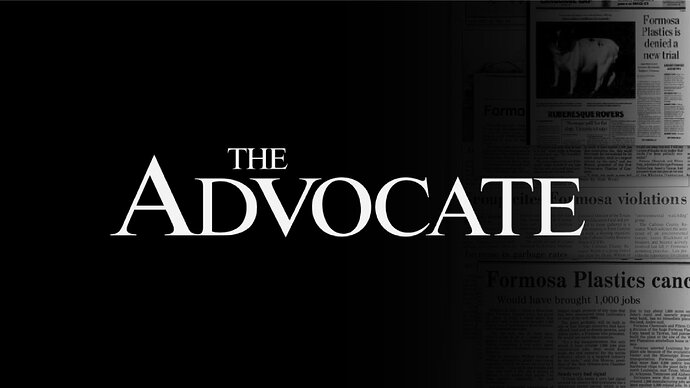 St. James Parish is our home.We need to protect it for generations to come.That starts with stopping one of the biggest and most toxic chemical plants on the planet, Formosa Plastics.St. James Parish should be investing in smarter, healthier,...

animal spirits not me.

How do animal spirits not relate to any discussion of capitalism?

They are are fundamental to any such discussion, otherwise you are discussing attempts at a centrally controlled economy.

Regarding the “article” link you posted, you would think it could be bothered to actually cite the sources it vaguely mentions, for its vague claims, but no, of course not.

But at least it is does mention that the petro plants it is trashing provide 4 thousand jobs in that one area alone.

Here’s the thing, Sam, the petro companies can spend more money, if they raise their prices.

And, so long as they can pass the cost on, competitively, they are likely to respond to community demands regarding reducing toxic by product, because the managers and executives of those plants also live in those communities.

Don’t get me wrong, superfund sites are a thing, and it is refreshing to hear someone talk about those real environmental issues, instead of the boogeyman narrative of man made climate change.

However, the article you posted does it so poorly, and your anti-capitalist comments were so ridiculous, that if you were not smoking the crack rock when you made them, you have better get your weed checked for contamination, because for a second you sounded like a ridonkulous pinko long haired hippie. 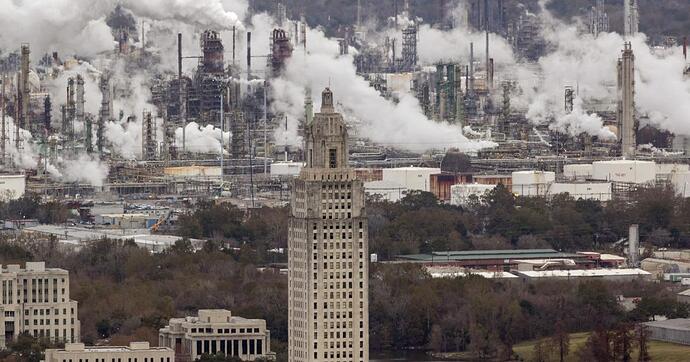 Corporate desires or environmental protection: In Louisiana one takes a back...

Five years ago, the owners of the Noranda Alumina plant on the border of St. John and St. James parishes discovered a big problem: They were emitting more than half

Here is a more specific article for Gonzo’s edification.

These corporations have known of these environmental problems for decades. By allocating a fixed amount yearly they could have cleaned up their waste or made substantial progress doing so. Of course they fought to do otherwise which increased the danger to people living nearby.

Propublica has some very good reporting on this subject.

Everything costs money, I could probably get cheaper beef if I bought from someone who was able to ignore all health and safety regulations. I’m happy to pay more.

If I deny smoking weed, maybe Gonzo will say I was drunk instead

He’s very cranky late at night, and in the morning, and afternoon and . . .

These corporations have known of these environmental problems for decades.

And so has the local and State governments.

And therein lies the rub.

It is very rare in practice, that the governments, particularly at the municipal and often the State level, sometimes even the Federal level, are not aware of these issues.

In fact, sometimes they go to some lengths to cover them up, or deny there is or are problems.

He’s very cranky late at night, and in the morning, and afternoon and

I had two bowel movements this morning, and I am in a much better mood, than I was before dropping them.

Yes, she is presently an upper class professional. She did grow up in a non-rich family.

Her legislative interests are best described as consumer oriented. She is co-sponsoring a bill right now to provide for cash refunds for cancelled airplane flights. She opposed the Trans-Pacific Partnership, because its decreased labor protections for workers. She and Obama had a disagreement about that. She also fought with Wells Fargo about how they had opened checking and credit card accounts for customers without their consent. Wanting to make SNAP benefits available for low income college students is definitely not subsidizing the upper class of this county.

The Indian stuff, I wish she hadn’t done that, but in a Senate with so few Senators who give a damn about their fellow citizens, I’m glad she’s there. Do you think Ted Cruz to pick one name cares if Texans live or die?

As far as student loans go, I agree with Paul Campos’s criticism that with the exception of community colleges, Colleges and Universities are hiking their costs well beyond the cost of inflation, typically for the benefit of their administrators, (including some sports coaches) and some of their faculty. (Not counting all the adjuncts who do the actual teaching and get paid very little.)

And so has the local and State governments.

And therein lies the rub.

It is very rare in practice, that the governments, particularly at the municipal and often the State level, sometimes even the Federal level, are not aware of these issues. 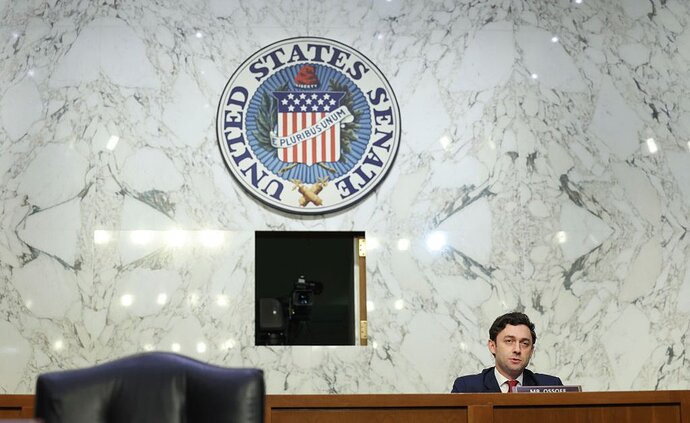 This is how bad the Federal, State, and local governments are, at informing the public, honestly.

These institutions have all of the failings of the largest capitalist organizations, but on a much more massive scale.

Those were death numbers in prison, one would think those would have been hard to miss, unless one was trying…

The Indian stuff, I wish she hadn’t done that

I’m only recognizing game, so to speak. She knew what she was doing and it would have been stupid not to do it if you want to move into elite circles. A lot of striver kids from her type of upper middle class/professional class background doing it today, either finding some way to claim not being white or claiming LGBT status to get through the filter.

What most people miss about the explosion in college aged kids claiming to be LGBT and the explosion in public visibility of CRT is that they are filters designed to address Elite Overproduction. When you only have 100 elite positions but you have 10000 kids going to college to get those elite positions they need something to filter them. Unfortunately they can’t just literally fight to the death on television for their spot. So they have to claim they are queer (a big one because it doesn’t mean you actually have to be gay or lesbian) and accuse each other of transgressions (microaggressions) against minorities (because these are still mostly upper middle class white children) to weed each other out.

RE TPP: that is one area she did step outside of the orthodoxy, I have a feeling it wasn’t necessarily about protecting the US manufacturing base which was already gutted but about getting something for her clients in the deal per her more recent stance on the Indo Pacific Economic Framework calling for more “transparency”. Which I can’t blame her for.

Same with SNAP and college kids. That’s her client base. She would be stupid not to do things to reward them.

As far as student loans go, I agree with Paul Campos’s criticism that with the exception of community colleges, Colleges and Universities are hiking their costs well beyond the cost of inflation, typically for the benefit of their administrators

I agree. The central issue here is that the people who are administrators are also part of their client coalition. That’s why you are very unlikely to see even someone like AOC call for sending the tanks to Harvard to seize their endowment.

Which is what I would do. Seize the endowments of the Ivies and universities and use it to pay for all student loan relief. I wouldn’t mind if the banks trading in Student Debt Backed Securities got a little expropriation to pay for it either. Those are two institutions that are filled with people who hate my guts and hate my people.