Decided that aside from the other threads speculating on and discussing events, there should be a single place for doing something I have found intellectually and professionally stimulating most of my career, hunting bad people. Turns out as of last week we have over 100 fresh domestic terror cases, ready for grilling.

This thread will be devoted to images of suspected criminal actors related to ongoing political violence in the US Capitol on the 6th, as well as future security incidents that are already being planned for at the local, state, and national level. Don’t shit up this thread with nonsense, this is a serious attempt to assist LEF and bring all these (suspected) criminals (regardless of faction) to justice.

The guy who used the riot shield to break the window into the Capitol, leading a group of people with tactical commands, prepared with escape plans, was this asshole, “Spazzo”. Even though the leader of the PB was arrested and charged with felonies and misdemeanors on the 4th, the upper echelon came to DC with a plan to attack the Capitol, stop the Electoral count, kidnap specific Congresspeople, and potentially set off explosives to cover their escape.

On Parler, while planning the assault, he claimed to be a Marine Corps vet and a defacto PB champion. 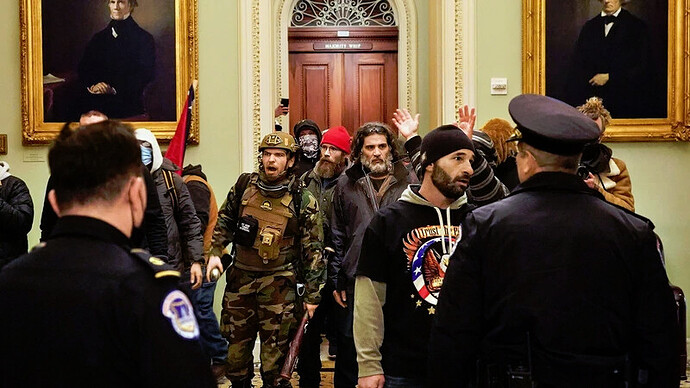 Third from the left on top in the FBI notice. I’ve included some others as well. Folks, now is the time to REALLY support law enforcement and help the FBI sift through over 200,000 tips and growing. 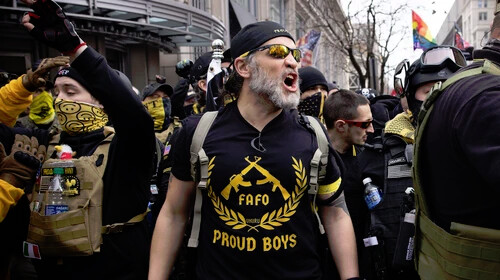 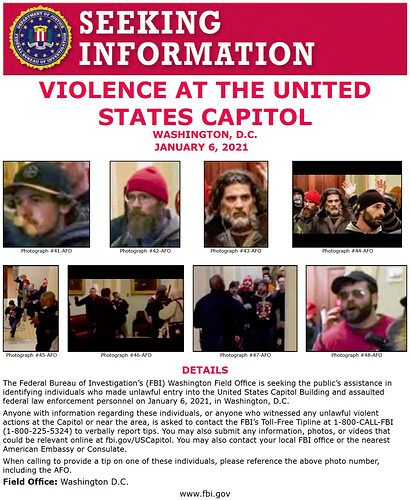 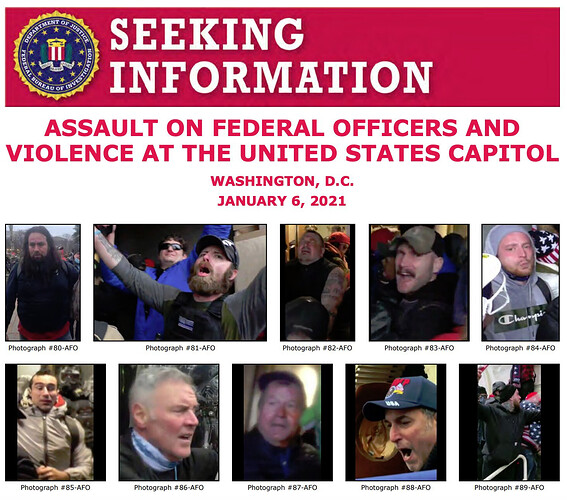 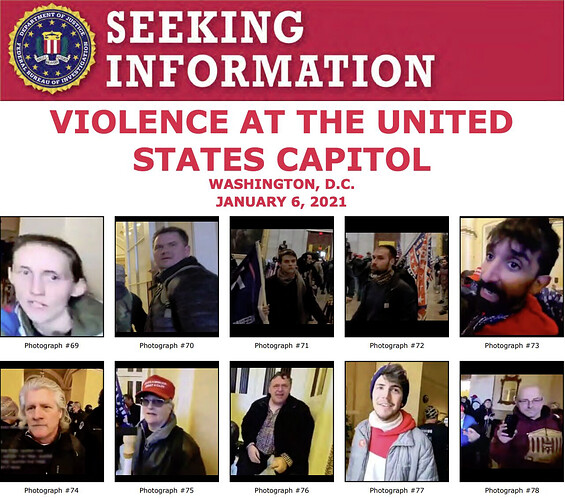 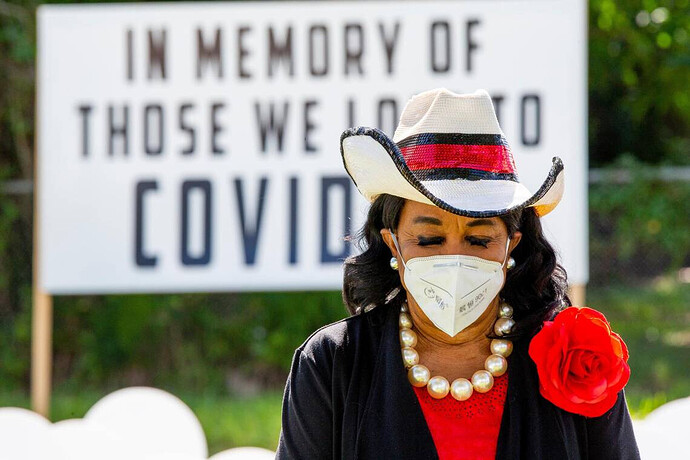 Have any boogaloo bois been photographed, specifically associated with the USBC? I’ll redact some documents this weekend. I’m not concerned with this attack. There are several people plotting another thats more concerning.

Dominic “Spaz” Pezzola is in federal custody as of a few hours ago. 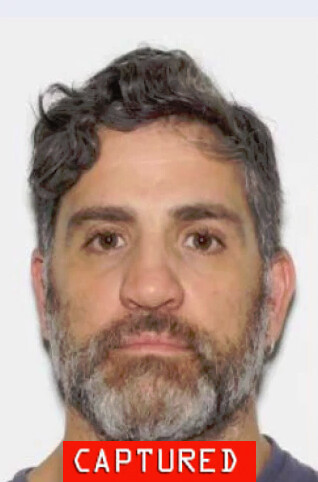 This criminal complaint is absolutely chilling. W-1 is an FBI informant. Here’s a very concerning quote.

W-1 stated that other members of the group talked about things they had done during the day, and they said that anyone they got their hands on they would have killed, including Nancy Pelosi. W-1 further stated that members of this group, which included “Spaz,” said that they would have killed [Vice President] Mike Pence if given the chance. According to W-1, the group said it would be returning on the “20th,” which your affiant takes to mean the Presidential Inauguration scheduled for January 20, 2021, and that they plan to kill every single “m-fer” they can.1 W-1 stated the men said they all had firearms or access to firearmsstrong text

There are several people plotting another thats more concerning.

Pezzola’s associates aren’t all in custody as far as I know, which is concerning, but they are being mapped out.

The good news is the less extremist types are freaking the fuck out right now and ratting on each each, which anybody familiar with RICO knows is how you dismantle a real criminal conspiracy.

The bad news is there is a very high degree of confidence that there will be Boogs, PB, and worse in DC on the 20th planning additional “Street Sweeps” targeting Biden supporters, media, and college students.

That’s incorrect. You know none of those groups commit random attacks, right? You can literally walk right up and have a conversation. Most are friendly enough. I’ve been watching this whole debacle for months now and the media and law enforcement are simply wildly off base.

I mean, unless they were carrying concealed, I guess the were gonna kill them with knives or bare-handed?

You could kill her bare handed.

That’s incorrect. You know none of those groups commit random attacks, right? You can literally walk right up and have a conversation. Most are friendly enough. I’ve been watching this whole debacle for months now and the media and law enforcement are simply wildly off base.

Random? Of course not. Terrorism is someone’s means to an end.

The end in this case was tilting the Electoral College vote.

Notice how the crowd never turned on itself. Quite different isn’t it, compared to the past “events”. 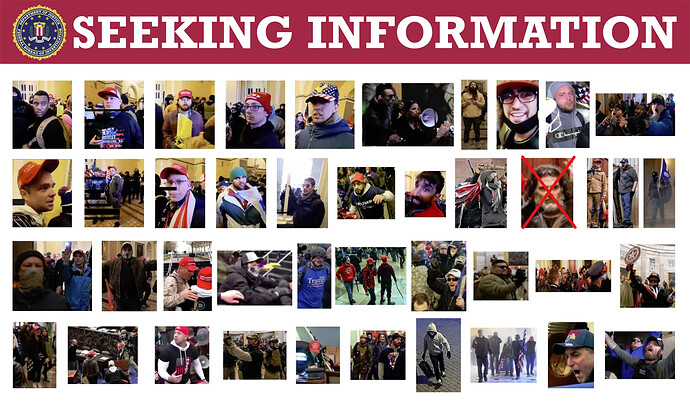 The no touch knockout would work too.

Holy shit. Activist John is the Klansman that hacked Antifa comms. Lol. I was wondering who the fuck was actually just openly the Klan and its HIM? lol. He’s either the domestic terrorist from hell or a federal agent.

No, at past events they didnt attack each other either. Why would they? IMO lax security lead to this.

I’m pretty sure they were wanting to burn the electoral ballots. Whether “assassination” was a major part of the plan, not so sure. There may have been different groups with different plans.

But it did not seem to be super-organized.

Absolutely agree on the lax security part, man. Was a clusterfuck.

Now, why it was lax is another question…

Right, and the question is, incompetence or purposeful, and/or some combo of both.

The Metro DC PD (in riot gear) saved the day.

No, at past events they didnt attack each other either. Why would they? IMO lax security lead to this

Right wing extremists and “Antifa” using loose definition have been clashing for a couple years now, because anyone who associates with Antifa targets PBs more than any other group in 2021.

Chapman, the PB spiritual leader and recently re-avowwed white supremacist became a cause celeb for disenfranchised white males at a rally at Berkeley in 2017.

Anybody heard the term “based”? It’s a cryptofascist code.