Confrontational Politics - The New Normal for the Extremes?

This topic is going to tie into other’s I’ve posted here about the “Extreme” right wing of American politics.

The above activities are ongoing and organized at the grass-roots level and up. The Marxists have a big head start though.

To be clear, I object “confrontational politics”, no matter who is doing it, period, end of story. So let’s not turn this into a argument about how one side or the other is really innocent of this form of bullshido.

It’s a serious threat to ALL of us and to civil discourse in society as a whole, and politics specifically.

To start, lets take a look at something that has been mentioned and probably linked before. Christian Reconstructionism. Straight from Wikipedia, as it’s fairly neutral on the subject. See also “theonomy”.

That would be a huge mistake, as this stuff is ongoing at grass-roots level, and is IMO a huge influence on what is going on in our country now (and for quite some time).

You think Ammon Bundy is just some weirdo fundamentalist LDS political wack job? Well, he is, but he’s engaging in confrontational politics and Christian Reconstuctionism/theonomy right now, and in a organized manner with the Peoples Rights Movement.

You think this has nothing to do with left-wing nut-jobs following a sitting US Senator (lulz) into a bathroom, and harassing her while she takes a piss, all the while filming ?

Anyway, onward an upward. Put on your thinking caps.

Christian reconstructionism is a fundamentalist Calvinist theonomic movement. It developed under the ideas of Rousas Rushdoony, Greg Bahnsen and Gary North and has had an important influence on the Christian Right in the United States. In keeping with the cultural mandate, Christian reconstructionists advocate theonomy and the restoration of certain biblical laws said to have continuing applicability. These include the death penalty not only for murder, but also for propagators of The Christia...

Medium’s Take on it. No exactly neutral, but you gotta read across the spectrum. 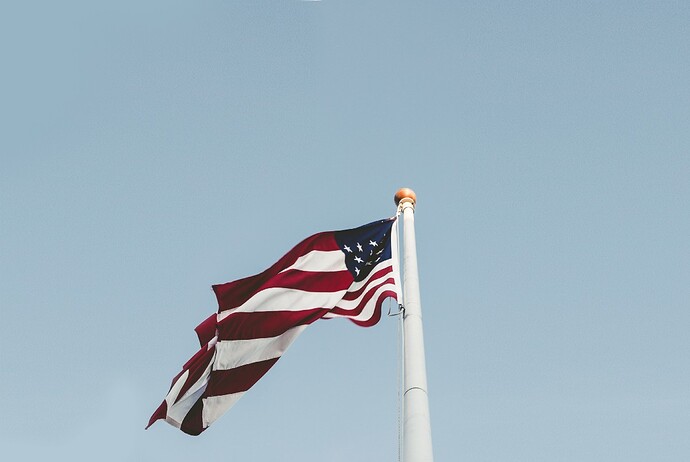 How “Confrontational Politics” Tears Us Apart — and How to Contain It

NPR series on same. Same disclaimer as above. 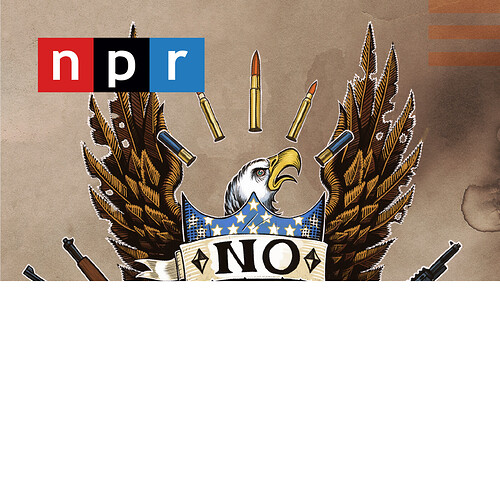 Winner of the 2021 Pulitzer Prize for Audio Reporting. Discover a social media empire with an unapologetic vision of gun rights—generating millions of likes, follows, and dollars. From WAMU's Guns & America, reporters Lisa Hagen of WABE and Chris...

This should keep you busy for a while.

Confrontational politics is a different animal, although there is “direct action” of a sort involved.

And ANTIFA did not start Christian Reconstruction, Theonomy movements, Dominionism, or Quiverfull movements.

And those people aren’t factors. Who?

ANTIFA? I’m not following your reasoning.

We need to be on the same page.

From the Medium article:
" I doubt any of my conservative friends and family members have heard of either Rushdoony or his book, yet his ideas have influenced them and their lives in profound ways. His ideas pushed religious and conservative political activism toward activating uncompromising extremism.

It’s easy to see the results of Rushdoony’s ideas in our media environment today, and the description “uncompromising extremists” aptly fits my friends and family members who still won’t wear masks, believe in the “deep state,” and view political beliefs through the lens of “good vs. evil.” ’

And this guy’s problem is he leaves out the similar tactics and strategies used by the Left wing extremists that he likely supports, or at least their political/economic ideas and policies.

“Through the lense of good versus evil”.

And then this, which is spot on IMO, however, he is ignoring (so far) the other side of the equation.
" We waste time and damage relationships arguing with each other about “birtherism,” the “deep state,” alleged socialism, and QAnon instead of discussing how to make society better — or perhaps more wisely, just being friends and family."

I disagree with that, you are going to have to elaborate to help me understand.

I think strife and confrontation in American politics began way before then.

If you look at the definition and description of “confrontational politics”…

Horseshoe theory’s a hell of a drug. Or theory. You know what I mean.

In all seriousness it takes people in the middle (or if not middle, moderate left/right) to try and pull the edges back in but it’s getting harder and harder with the poor state of current discourse in the west. I’m not very good at it as I’m generally jaded and get bored easily so I troll either side now but hopefully there are enough people with some brain less left to sort this shambles out.

hopefully there are enough people with some brain less left to sort this shambles out.

I have no idea how they’ll do it.

The new generation seems like they have a problem that can’t be solved. It’s too easy to bait people. Too easy to get them angry at the wrong things. People make mistakes with over indulging population cohorts out of a sense of tribalism, nativisim, racism, etc.

When I was young people were upset that the news said things they don’t like. Now the news specializes in telling people what they want to hear. It’s very, very bad. I remember the news stories about hand grenades being detonated at mass and such acts of terror. Dark days. We’re on the cusp of something less than that but I’m not sure what. High profile assassination attempt seems likely. I think that most Americans would balk at their own tough talk the second the stakes got high enough but what form that will take is beyond my reckoning.

I also remember the Bernie Bro that tried to shoot up the Republican solftball game practice. I thought that was a pure shit thing to do but it didn’t get as much news coverage as a lot of celebrity gossip idiocy. I bet more people could name more names involved in Britney Spears silliness than they could the names of people involved in that shooting.

I’m not really making a point here. I’m just sort of letting my mind wander a little to try to get a grasp on this thing.

It’s somewhat complicated, and I suspect there is a strong element of denial going on in some circles.

Like how can these redneck, dumbass, hick, “conservatives” be pulling this stuff off in plain sight?

Of course, it’s the lefties who are sounding the alarm. The problem is, they don’t get how many people/percentage of the population this stuff appeals to. It’s a kind of left-wing tone-deafness, in a way.

Kind of like how conservatives/right wing-nuts believe minorities (mostly African American) should just bootstrap themselves out of poverty, or that there is not still a legacy of racism in the USA that needs to be addressed. Or that preach patriotism/constitution but want what basically amounts to a theocracy, which the Founders were definitely not in favor of.

The road goes on forever…

Most political takes are dog shit, and it’s worse when you go to the extreme.

I’m honestly not too worried about Marxists personally, as I’ve met way more rednecks and hillbillies that would shoot you over nothing and are probably pedos behind closed doors. I know this from some of the social work I’ve done.

Marxists do that shit all the time. We had one maniac chase a bunch of kids around while wearing a tutu, and in another incident strangle his own mother.

I’m sure there’s always one example of anything, but in the boonies of Missouri it seems like a pattern.

That’s a problem, then. But you go on ahead and don’t read any links.