So thought i’d share. I had my wife put on some 8 ounce gloves and asked her to try hit me in the head. It was actually one of the best sessions i’ve ever had training at home. My wife never trains with me, yoga is her thing. I got to show her how to throw a few shots, and she got into trying to hit me in the head. Actually started throwing combos, haha. Was great for slipping, parrying, weaving, rolling, etc. It’s also a good low impact cardio workout which is another way to sell it. Those cheap 8 ounce gloves have a sting on them, which is great.

Thought it might give someone an idea especially if there are still lockdowns etc. happening.

46 posts were merged into an existing topic: Rabbit droppings 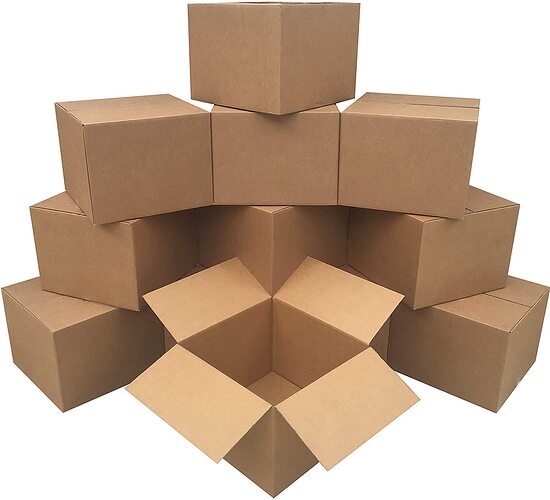 Out walking the dog? Head movement

Thought it might give someone an idea especially if there are still lockdowns etc. happening.

Have you ever considered San Soo? 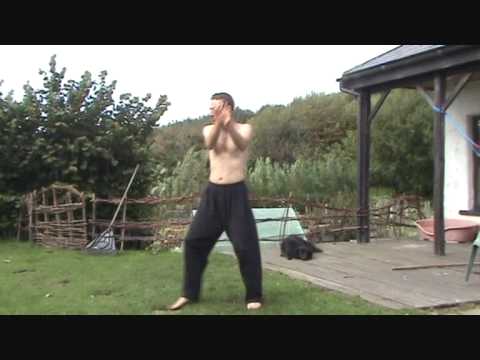 Not sure if legit or trolling?

Have a long history in TCMA with some sanda / sanshou, even did some lion dancing when i was with a jow gar school. Don’t really train that much these days, boxing takes most of my time, takes a lot of practice to solidify a new way of standing, moving, punching, thinking etc. (about 2.5 years in)

Don’t know much about San Soo, will look into it. If i did get back into it i would love to train with master chow keung again (tai sing pek gwar).

Edit: i stopped training for a long time after i tore my kneecap off in a sanshou comp (complete rupture of the patella tendon). Started boxing initially to get fit, but then i really started enjoying it.

Well no matter how much a small child or cripple hits you in the head it won’t really damage you. With that in mind, make sure to workout your neck. If you go bobble head from a small jab or tap to the head then you need a lot more training – get a camera set up and have someone tap you or tap yourself in the head I guess to see how much your head bobs around. Prevent the bobble.
Isometrics usually build this “rooted strength” or solidity. Hence the talk of “rooting” in the East from horse stance. Those are static isometrics but overcoming isometrics achieve similar. Just strengthening your neck to a high degree will achieve solidity and reduce bobble of course.
A bobble head is a bobble brain.

I spar once a week with headgear and 16oz gloves. Neck work is a big part, also reduces the headache from sparring. We record the sessions and share it afterwards, best way to learn is watching yourself be an idiot, that and the headache from being an idiot.

I’m not sure what you are trying to say here. Are you suggesting that people stand as rigidly as possible and absorb the force of a blow directly?

That’s crazy talk. The last thing you want to do is hold yourself rigidly when taking incoming shots. That’s how to get knocked the F out 101.

You want to make sure the angle of the blow never lands directly perpendicular or parallel to your brain.

Practice head movement and slipping punches until you are dodging punches in your sleep. Then wake up and do it again.

I hold up a pad

The student will score three hits on the stationary pad, but maybe one on the moving pad

You are going to take some abuse from time to time if you want to spar. If you don’t spar you have no timing, you don’t understand distance, you don’t have the mental conditioning to handle adrenaline spikes etc. etc. If you just want to train to be fit, then that’s cool, if you want to be able to actually fight, you need to fight. Just the way it is. Obviously not a good idea to go hard all the time or too frequently.

That makes much more sense. I tend to ignore what other people are doing most of the time and only ever pick my head up to look around every few minutes. Sort of like Donnie from the Big Lebowski.

It’s not that I’m incapable of following, but I find other people so messy that I just get tired of waiting for them do anything worth thinking about.

You are going to take some abuse from time to time if you want to spar. If you don’t spar you have no timing, you don’t understand distance, you don’t have the mental conditioning to handle adrenaline spikes etc. etc. If you just want to train to be fit, then that’s cool, if you want to be able to actually fight, you need to fight. Just the way it is. Obviously not a good idea to go hard all the time or too frequently

Movement, timing, and energy are the principle components of alive training.

But “mental conditioning” to handle adrenaline spikes? More like holistic conditioning. There’s a solid meter between your adrenal glands and your brain, and everything in between needs to be tight.

Adrenaline can blow up your heart. Happens all the time. And how your heart reacts to adrenaline says more about your conditioning than anything else.

Not sure what alive training is.

I guess my point is I’ve never seen someone that fought/sparred well, that didn’t fight/spar, but i’m always keen to see something new. There are definitely different ways of doing this and different levels of effectiveness.

On the mental conditioning bit. When you get excited and your adrenalin is pumping, you need to learn to breath and to think in a certain state and that takes practice. That stress training applies to combat training, fighting, self defense, basically anything where you have to do something in a state of high stress. Different groups try and implement it in different ways, whether it’s war like conditions with people screaming at you, simulating wounded people that paramedics are responding to, having knives that electrocute you when they touch your skin during knife training or even a person standing in a padded suit screaming at a woman during a self defense seminar. It’s implemented in different ways, but it is a common line of thought you see play out in many different ways.

It depends on the type of gym you train in.

Outside Philly, they sometimes call it Philly War.

Then Matt Thorntom of SBG decided to call it “aliveness” around the same time he became a plaid hippie.

It’s been the fundamental Bullshido razor since inception, because it’s elemental to all decent boxing and grappling arts and everything in between. 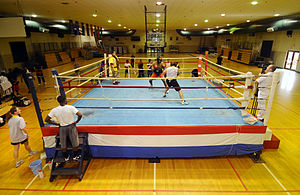 Aliveness, also referred to as alive training describes martial arts training methods that are spontaneous, non-scripted, and dynamic. Alive training is performed with the intent to win, rather than for mastery or demonstration purposes as in regular sparring, where victory is not an option. Aliveness has also been defined in relation to martial arts techniques as an evaluation of combat effectiveness. Some trainers, like Cus D'Amato, Kevin Rooney, Floyd Mayweather Sr., resort to the alive Alive...

Sparring is taking what you’ve practiced and testing it. You react faster than you think. Quit trying to make it more.

This is a thread about boxing defense. Sparring is the number one tool wherein you find out what works, where you need further work and what you should just throw out of the tool kit. Hopefully you have good instruction.

Wrabbit. Your boxing defense if mediocre at best. Please refrain from your typical input as resident know it all in this area of the site.

So, do you also believe adrenaline spikes during sparring are a mental challenge to be overcome?

If you do, it says alot about your (lack of) experience.

Otherwise, like I said, your heart will give out to adrenaline way before your brain will (and if that happens beyond day 1, you’re doing it wrong).

There are 10+years of threads here and in the archive discussing this, especially wrt aliveness. One could argue that Matt’s whole point about sparring well vs shitty.

I’m guessing you’re talking about an athletic trainer and I’m guessing you were doing cardio-boxing and I’d go further to guess that the boxing coach was more like an aerobic instructor at a regular gym class attended by soccer moms and even further to say you’ve never trained with a professional boxer and probably never even stepped foot inside of a boxing club in your life.

Lots of coaches are NASM or ACE certified.

You sure guess lot, probably why you are wrong so often.

On top of avoiding the question, and more off topic ad hominem, it’s a wonder if you even understand what aliveness is, its connection to adrenaline dumps, and why I brought it up.

The OP clearly never heard of aliveness. It’s 2021, I suspect a problem with his training.

Next I’m going to ask you if you’ve ever witnessed vasovagal syncope during sparring, and understand why it occurs in people with poor adrenal efficiency in full contact combat sports, whether they are standing or getting CTFO.

Then I’ll ask again if you believe aliveness in sparring is a physical, mental, or holistic requirement. I’ve clearly staked my claim on the latter, because I train a lot harder than you realize.