Wiping These Hos Down

This, and this is saying a lot, is some of the best, most ruthless, internets you’ll ever see.

During *xoo’s cyber terrorist attack, Ancap extremists proved to be aggressive and persistent fighters. Specializing in sexual harassment of men, women and children, as well as BJJ, they beat and strangled their way through the New England region, with their reach extending as far as DC. They targeted not only politicians, but homes and families as well, driving some to suicide. While on the run from the Patriots after a second suicide, the group fell into infighting over women and money. Their former leader’s whereabouts are currently unknown and he’s been linked to violent attacks as far south as Georgia. 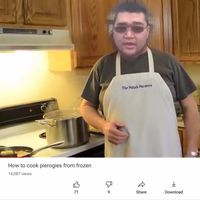 Shäffer Steve. 118 likes · 67 talking about this. Keeping up with our favorite performance artist and chef

Enjoy the saga of CT Ancap