Why do people assume Steven Seagal is a bullshit artist just because he's a narcisssist actor?

Do we know how he would do against resistance? No,but why would you assume that a great martial artist can’t fight?

There are guys with worse technique than him who have been champions.

What are you basing your assessment of his profound skill on?

What champions have worse technique than him in your assessment?

Trolling or not I love Segal threads so here goes.

Nobody knows if he can fight or not .

All we have are stories of times he refused to fight and his own word .

Given the reliability of what he says generally id be hovering more towards cant fight but the only real of knowing if anybody can fight is if they actually fight and he has not.

We also dont know yet if you are in anyway qualified to judge if his technique is profound or if he has good timing , weight displacement or speed.

Perhaps you could first enlighten us to your qualifications within the martial arts that we may defer to you in such things.

Well. Deontay Wilder and Francis Ngannou are all worse athletes in a body mechanical sense. Francis is out of balance, doesn’t know what direction punches are coming from, doesn’t block them.

Even when he took the titel from Stipe, he got caught with a punch while delivering his own. Looked comically amateurish.

Deontay is all over the place and puts his rear foot in front of his lead one when punching, off balance, wind-mill punching (like Ngannou)etc.

So just to be clear here , you believe that being able to do a good looking technique on a compliant opponent or in the air makes somebody a better fighter than somebody that wins fights at the highest level?

For the record I dont rate Deontay Wilder or Tyson Fury, in the 80s/90s we would have barely known their names.

He was a Prima Posta, close to the edge 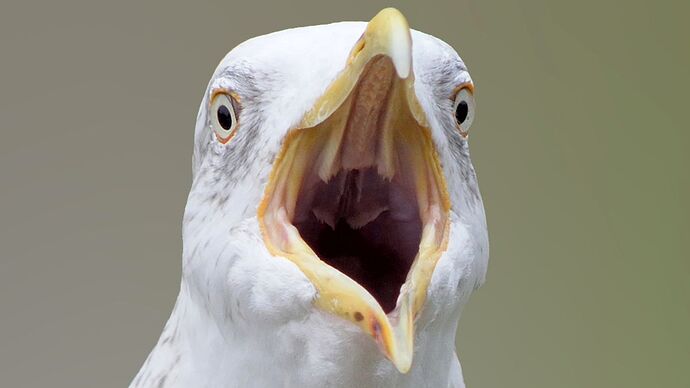 To be fair to Seagal, being in anyway threatened by prime Sammy The Bull would be likely to make most mortal men significantly more than mildly scared.

But they don’t respect him as a martial artist either, regardless of whether he can fight.

To be fair to Seagal, being in anyway threatened by prime Sammy The Bull would be likely to make most mortal men significantly more than mildly scared.

Not so. He didn’t even pay them. That doesn’t sound like a pussy to me.

It’s Sammy the Bull though. Dude was probably VERY scared.

Who doesnt respect him as a martial artist?

As an Aikidoka as far as I can see he is/was decent so I have respect for his achievement and past commitment to training in that martial art.

Also as an actor I loved his early movies, Nico, Hard to Kill , Marked for Death, Above the law all were awesome at the time.

Who cares what actors think of each others fighting ability or martial artist status?

It’s a smear meme, mainly perpetuated by us.

That is not how it works. Theoretical ability doesn’t trump actual ability.

Balanced movement is one of the things I gained from the art. One of the few things relative to the number of tools in my mediocre toolbox. In my opinion, most applications of aikido are honed best as a supplement to combat arts. Judo comes to mind.

This is exactly what my BJJ coach says .

He was a judo black belt before he did BJJ.

This is an amazing thread.

Just how tough is Steven Seagal, really? - Bullshido - The Art of...

Seagal apparently came out worse in altercations with Gene LeBell and Donn Draeger back in the day.

Then later on, Jean-Claude Van Damme and Bob Wall got (separately) sick of his running mouth and wanted to fight him, but Seagal wanted none of it. Maybe it’s all just scuttlebutt, but take it as you will. I found this site because of that thread btw (first post). Just been watching some old Seagal films recently.

This is an amazing thread.

Only really bored people, or morons, would care.
Duh.