What was the point? 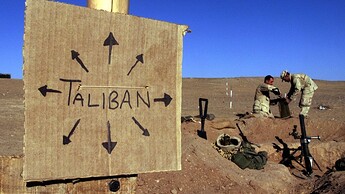 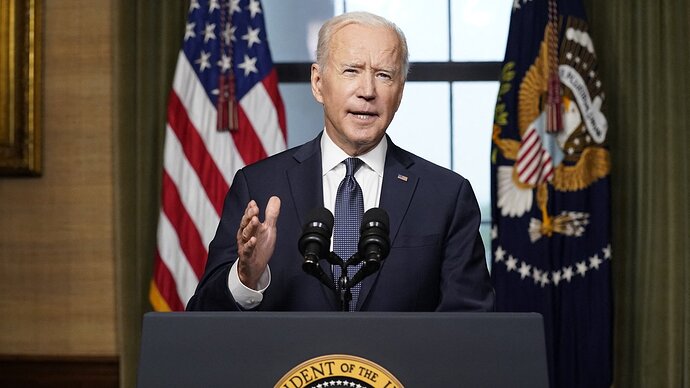 US troops to withdraw from Afghanistan on 11 September

US President Joe Biden has declared that he plans to end the longest American war and that it is "time for American troops to come home" from Afghanistan.

After 20 years of conflict, countless deaths and maimings and a shit ton of cash expended the impending US withdrawal from Afghanistan will leave the country pretty much where it was in 2001

Was the military mission a success?

Has the threat from Islamist terrorism been reduced?

Was it all just a giant waste of blood and treasure?

We wasted 20 years showing the world we were strong only to completely fail to respond to Chinese aggression that has killed millions world wide including 500,000 Americans.

You only think I guessed wrong! That’s what’s so funny! I switched glasses when your back was turned! Ha ha! You fool!

you’ve fallen for one of the two classic blunders! The first being never get involved in a land war in Asia but only slightly lesser known: never go in against a Sicilian when DEATH is on the line! HAHAHAHAHAHAHA

Vizzini, right before he dies.

You’re thinking lead with the nukes?

Chinese aggression that has killed millions world wide including 500,000 Americans.

Are you explicitly saying that China spread COVID 19 as a biological weapon against the rest of the world?

That’s a pretty serious charge. Do I put it past the PRC? Not one fucking bit but I also wouldn’t put it past Trump to have known about it and gone along with it from the beginning thinking it would sow enough chaos to allow him to pull off a successful coup.

All of this is speculation and worthless sans evidence. Political bullshit throwing doubt on the efficacy of masks and prevention is just as culpable and people would see it that if they got their fucking heads out of their asses.

We should certainly get our heads out of our asses now and plan for shit like this better in the future.

It’s impossible to know the answer to this. It’s not impossible it was lab-borne, just highly unlikely. It’s not a complicated virus, after all, it’s already absurdly simple given its danger. Nature finds a way…

The bigger question is how China was able to contain to just 4,600 deaths (in a country of 1.5B) compared to our 578,000 in ours, waaaaaay before there were vaccines.

My guess (based on well-known and respected elements of Chinese warfare) is they didn’t have to create the virus, the virus was always coming eventually (and we had planned for this forever).

What they did was effectively take advantage of American hubris. We fell on our own sword with respect to COVID-19, just like we did back in Afghanistan during the Soviet age, and Iraq in the 21st century. The Chinese are masters of attrition warfare, way better at slugging it out long term than we are, and they are beating the US in this regard even today. Remember the “Trade War”?? We definitely lost, in the long run. I’ll bet the Party really loves the fact that so many Americans don’t even believe in masks. Stupid is as stupid does, they know this about us.

And that is why they changed the original ending of Rambo III, 13 years later. The US has a very bad habit of invading the wrong places for the wrong reasons. I no longer worry about terrorists now that we are on the cusp of our 200th 9/11, measured in fatality volume alone, before we even get to long term healthcare impact (and we were already a pretty obese, unhealthy country before COVID, something it takes advantage of).

Meh. He’s lied about withdrawal, before. Give it a month or so, the story will be “essential forces remaining,” or some such bullshit.

How many decades before we see a return on your investment?

Nuclear is a lose/lose

PRC has the world by the financial short and curleys

I see PRC using the trusty standby Russian active measures model going the route of mass misinformation on their neighboring states, the US/Canada and Africa while Russia does the same thing to Europe, the Middle East, South America, India, Africa and the US.

If past is prologue, Russia and China both will continue to invade their neighbors’ sovereign territory, both will work to set up proxy states on the borders with aim of forcing the West into accepting another version of Yalta where Russia takes the Balkans, China takes the East Pacific, all but guaranteeing slaughter and genocide for generations to come. If NATO capitulates, Europe and Asia will be plunged into chaos, China and Russia both will dial up phase 2 in Africa, South America and the Middle East to further weaponize rogue states while China bankrolls their operations.

I give the Earth under 200 years until we extinct ourselves with this foolishness.

Personally I think it was a massive waste of blood and treasure.

Initially it was a military success but the goal of stabilising the place was complete fantasy and will ultimately be a failure.

It could be argued that there was some success with fighting some elements of terrorism (the death of Bin Laden and battering Al Qaeda) but personally I’d argue against it. Fighting a war on terror is like fighting the war on drugs, it’s fighting a concept rather than a nation or an organisation and that obviously never ends.

Whilst I can’t stand Trump, I’m glad he made the move to leave (albeit handled poorly) and I’m glad Biden is continuing with it. It’ll be a rough future for Afghan but we can’t be there forever.