Thought this was really interesting. makes sense. When I trained Judo before work broke my schedule, the competitors had one or two throws polished to a t and a gameplan while the hobbyists tended to play around and try a lot of different things. I can see the building block and learning from different situations idea being beneficial. Having a mix of both the pressure and the variety can only be good for developing a roundedness

I like to blend the two together. With a purpose.

It’s not a dichotomy, really. But most competitors are hobbyists anyway.

“Hobbyists” should die in a fire. It’s just code for not trying much. They like to talk shit about those who DO work hard while claiming “Oh, I’m just a hobbyist.”

I dunno man, i think there is a purity in someone who practices their art for years on end purely because they have a passion.

I definitely train as a hobby. I already have a full time job and a profession.

Problem is that they still buy dojos and stupid shit like that.

DUDE! Somebody has to pay the bills!

Should nothing be done in life be done purely for enjoyment?

And who can we blame for that?

They can pay just fine in their blue belts.

Not if those same people are gonna turn around and be nazis to people who DO work hard. They often project their failure onto other people while parading around in basically rented belts. Its embarrassing. Thats who the primary target is for affiliations in the first place. Real locally known killers don’t need a celeb endorsement. The 40 year old psychologist who’s getting bored with the day job needs one though because his work isn’t enough to stand on. Then when you question WTF he’s doing with a dojo, “Oh, he’s a hobbyist BB, but a great instructor.” ROFL

Thats the misconception though. That if the instructor is awesome then he is also kind of allowed to be a dickhole.

Because there is these levels. And the top level is the best choice.

And competitive guys will put up with a fair degree of shit for great training.

But hobbyists can place more importance on the environment they train in. Because at the end of the day if you are shit and a nobody. Who cares. Its martial arts. And there is more of them. And they generate more money.

This happened a while back where we had a guy in. He did a great seminar and everyone raved on Facebook about it. His coach jumped on the cat and complained that he was never asked to do seminars and it was disrespectful because he was so much technically better.

And instead of asking himself why he never got seminars blamed everyone else.

Nothing you just said answered my key point, which I will ask again: Are people who just do martial arts for recreational purposes supposed to ‘die in a fire’ as you put it? Because fuck me, that’s depressing if that’s the outlook

No, only if they get vocal or mistake other people for one of them.

Fuck people that collect stamps for a hobby

I don’t bath to relax, I bath for the zeta male grindset of having enough baths to run a business

enough baths to run a business

What kind of business are you running? 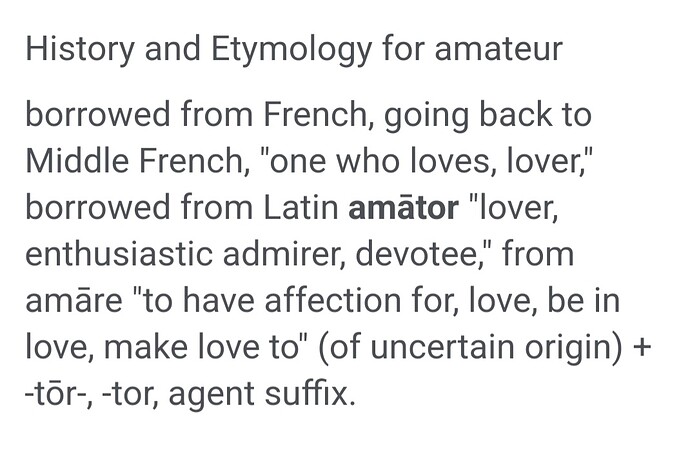 Sorry not allowed to enjoy more than one hobby at a time!