What can we do to make these forums more amenable, from a usability perspective? This is your opportunity to make suggestions that will benefit the entire Bullshido community. I will even provide a badge and a complimentary upgrade if your suggestion gets implemented.

Serious inquiries only - I will trollshido the fuck out of jokes in this thread, and offenders will find themselves on the wrong end of a time-out. 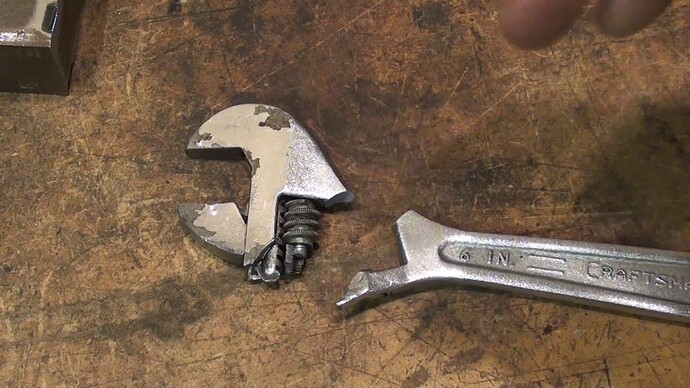 That 12 chr function is pretty annoying

1 character replies are also annoying. Plus, 12 has become sort of a meme, for us. I will entertain something shorter, if you guys can agree on a min length. 5, perhaps?

Can you set the limit differently in different sub-forums or whatever the correct terminology is?

Like, trollshido, set it at 5, but in the BS section, keep it at 12 or whatever higher.

I think it’s a global setting, without doing unsupported modifications which may screw us. Good question, though, I’ll look into it.

First, a well articulated forum terms of service should be on the footer, and a link to same under the About section.

Second, the modding on the various Bullshido channels has historically been inconsistent, often unprofessional, and sometimes been absentee.

I would point out as examples:

The modding on the Discord platform was entirely inappropriate, and unprofessional, and an embarrassment.

The modding on the FB BS group has ranged from absentee, to capricious.

The modding on the forums over the years, has often been arbitrary, and varied greatly in standard, or fairness, from mod to mod.

As an example of how ridiculous the forum mods banning got, you may remember a poster from Hawaii that was a frequent contributor of useful informative posts was banned for disagreeing with a mod, over an escape the mount technique - which makes the channel and brand and mods seem very foolish, vain, and unprofessional.

(I would also note, that I found the Hawaii poster’s point reasonable from a BJJ perspective, and in BJJ, I outrank the mod that banned that poster for disagreeing with him on a technical point.)

The forum terms of service, should be laid out, and very specific, as to what is a bannable offense, and what is not, and the mods ability to make capricious decisions should be limited and bound by what is clearly and specifically laid out in the terms of service, with little room for arbitrary bans, or threats of bans.

Given the years of operation, the organizational knowledge exists, to be specific.

Mods should be bound, and limited to only exercising ban powers when the specific bannable offenses in the terms of service are met.

And there should be a thread where any poster may recommend a modification to the terms of service, and it can be publicly discussed.

If mods can individually, or collectively ban people to amuse themselves, then this is not a non-profit dedicated to disputing misinformation, but rather a group of goof balls, entertaining themselves, in a cliquish, high school manner.

Again, professionalism, specificity, and terms of service that are specific, and both limit mod power, and let the users know what they can expect, and lay out clearly what the rules specifically are, without much room for interpretation are all that separate these forums from being as ridiculous as the Bullshido Discord - just with different goofballs and different egos and different arbitrary clique crap.

My comments made respectfully, if bluntly, and with good intentions to making the site a more credible, more enjoyable, place for everyone, that will encourage maximal participation from third parties who are not in the inner Bullshido staff clique.

I would add, the recent Bullshido Discord clusterfuck suggests that there should also be an explicit Poster’s Bill of Rights:

That is a starting template.

If mods can individually, or collectively ban people to amuse themselves, then this is not a non-profit dedicated to disputing misinformation, but rather a group of goof balls, entertaining themselves, in a cliquish, high school manner.

That would be a large part of the Bullshido tradition, well encapsulated.

It’s not our policy, going forward, to ban people for their opinions. However, as a corporate entity, we reserve the right to ban any account at any time, primarily for reasons relating to disruption of the community, or due to legal issues.

Reigning in the various side channels is a separate effort.

The Terms of Service are publicly posted at the following link, and are also navigable by menu from any page by clicking the three horizontal bars->About->Terms of Service
https://forums.bullshido.net/tos

as a corporate entity,

As a non-profit entity

A non-profit is a corporation, just of a different financial structure.

Supposedly with higher standards of service to a public good interest versus self interest.
In practice, that is not always so.
We’ll see how Bullshido, and Bullshido management does.

I appreciate your perseverance to “keep us on our toes,” so to speak.

I’ll work on that. It’s still on my other whiteboard, which is currently packed.

Whilst the matter of who gets to boss who around is all very important, the fact remains that without fresh blood this place will wither on the vine

If established posters can’t be trusted not to be a total cunt to new people perhaps we need the old Newbie rank back, to buffer new people from the worst of the toxic male pissing contests that I have witnessed in the, not too distant, past?

You are the toxic male pissing contest. The rest of us are over here, bashing newbs.

Look, realistically speaking, we are not here to capitulate to every whiney pants that shows up and doesn’t like what we say. We are in your face bringers of truth. A lot of times, people don’t like truth. They can go hide under their bed. And, those of us that bring half truths or non-truths will continue to get bashed on by our membership.

Truth is not determined by democratic vote. Whiney pants are who we are trying to save; to give in to bullshit is a worse fate than “losing,” membership, which we are not. Not everyone that signs up feels the need to post.

If established posters can’t be trusted not to be a total cunt to new people perhaps we need the old Newbie rank back, to buffer new people from the worst of the toxic male pissing contests that I have witnessed in the, not too distant, past?

You issue some pretty toxic piss yourself. You have a history of it.

Whilst the matter of who gets to boss who around is all very important, the fact remains that without fresh blood this place will wither on the vine

You are making up another issue, who gets to “boss” who around ?