The Killing of Leandro Lo

In the case of Leandro Lo, the officer was tried for a crime for shooting him. Was this the case though? Was this criminal? Let’s look at the facts.

First off, there are two narratives. The IBJJF narrative is that an off duty cop took a bottle, they argued and then Lo tackled the officer “to calm him down”. Having done so, he then lets him up at which point Lo is shot.

The second narrative is that Lo had been fighting in the club for years, and had just been arrested by this officer. After bumping into him, they argue and Lo strangles the officer who comes to surrounded by fighters, and fires.

There are holes in both stories. Tackled to calm him down? Hmm… No security at this concert? Hmm…

The only thing everyone agrees on is that Lo attacked first. My theory is that it is ALL true.

Lo is drunk in the club. Bumps into an arresting officer. Officer is thinking “This guy again?” Takes his bottle cause dude is drunk. Lo gets upset and confronts him. Tackles him after an argument. Chokes him out. His friends are telling him to chill and drag him off. Lo agrees, but the officer, dazed from the ass kicking, comes to, sees himself surrounded by fighters and shoots.

That’s what I wager actually happened and it makes the most sense.

Also, imagine if this were an American case without the Brazu fetish skewing judgement. A guy is shot after attacking an off duty cop. Kinda open and closed and I don’t think that being the best AT STRANGLING PEOPLE is much of a mitigating factor in the assailants behavior. Kinda leads me to believe he strangled people as a first resort sometimes. 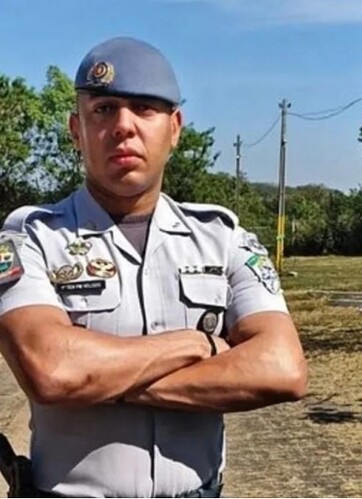