The Death of REDACTED

A few months ago, a guy I didn’t know was in crisis. His friends had long since killed themselves and his civilian friends were on the way out too. So we hear his cry for help and run over to save the guy. 400 dollars of beer later, he passes out without incident. This story is not about him. This story is about the OTHER guy.

At the end of the day, REDACTED was a true soldier. He followed orders. He was also mentally ill. Not in the colloquial, psuedoscientific sense, but quite literally and actually. Brain cancer. When a villain got to him, he was quick to follow orders and was ready to design battle plans to devastating effect. The fight against REDACTED was bitter and turned friends against each other. After a while, he was found out, isolated and eventually interrogated. He gave up his chain of command and his orders. I laughed and called him a liar, telling him to leave my territory. He requested we grab a beer and talk, or whatever. I wasn’t hearing it. Shoulda lead with the beer. He left and fled into the desert.

In the desert, he tried again to impress my group, who laughed at him. Finally, he showed up with a massive flag and then marched against the cartels. He tracked them through the desert, eventually finding a migrant route, human remains and something labeled a “rape camp”, before being spotted. He then captured the location with drone footage, which was his last message. Then he handed over controls to his command, walked into the desert and died.

When I heard news of his death, I cheered. He’ll never be able to hurt anyone again, and one of my primary goals was to make sure that this dude was dead or in jail before he could strike. Then I was saddened. Sometimes I wonder though, if I coulda grabbed that beer. Or if I coulda said or done something. I became sad. I also saw some of myself in him and his relationship with my team. He couldn’t be a member because he didn’t share our culture, despite his advanced skill. He put in work too. TBF though, except for the person who mislead him, we don’t pretend to be skill based. Ironically, upon death, it was “discovered” he was with us. We didn’t correct them.

And thus concludes the death of REDACTED. I’d so rather be in the dojo. 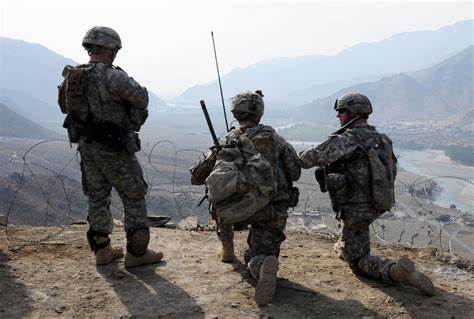