Technofascism, Cryptofascisn and their Impact on Politics

Recently, I’ve seen several incidents of Bullshido members spreading political misinformation related to the cause of the violence in and around the Patriot movement. While “stop the steal” is a common expression and there is belief that the election was stolen, this is not the motivator for the violence you see. That is a red herring put forth as it would be unacceptable to engage in violence to overturn the election. However, what if there were a different cause of conflict?

Cryptofascism is the concept of hidden support for fascism. This means that fascist beliefs, behaviors and ideologies can be found anywhere, including in both seemingly right or left wing individuals. Technofascism is a less an ideology than a methodology, in the sense it is meant here. The concept is as follows: Essentially, what the technofascist does is create a digital wall of hate with which to surround the person and force compliance. This inspires hate in others who may act on it. This includes actions against the home, the family and the workplaces.

In the attached image you can see a technofascist graph, their primary tools for fighting. In this case Antifa is targeting the Jews. In my experience on the right, we found numerous such graphs with various political figures highlighted, individuals creeping up on work places and homes physically and electronically, and tactical teams launching attacks at various rallies, all leading to arrests, deaths, injuries, and hospitalizations nationwide.

Having personally been injured in a similar manner in the BJJ field, I came to aid the victims, most of whom were not as described. An organization described as racist and anti gay for instance, would often be comprised of numerous homosexuals and people of color even up to leadership positions. Aside from digital misinformation, technofascists would drown out the speeches with instruments, so that their side could not hear what was being said.

In response to that, the Patriots geared up to battle both the tactical and intelligence teams. The street violence you see from the Patriots is mostly due to this mobilization. The violence against the police is most incidental, as they find themselves under attack at protests and/or riots, and are heavily militarized already. The violence against Antifa is a direct response to their highly effective technofascist program.

The people behind this include the Democratic Socialists of America, Philly Antifa, Twitter, several cyber security companies and the Torch Network. 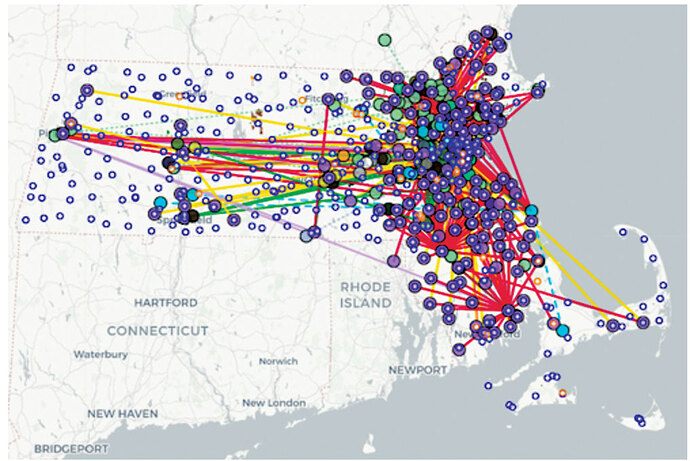 How do we know this isn’t misinformation?

It will still contain more data than misinformation produced by people that don’t actually know anything.