If Chris Noth did not commit the acts that he is alleged to have done, then Sarah Jessica Parker, Cynthia Nixon, and Kristin Davis just sold their colleague down the river, and sold their souls, to try and maximize the commercial success of their show, and their own careers.
The timing of these allegations is odd, as they coincide with the new reboot of Sex and the City coming out.
If the allegations are true, did Sarah Jessica Parker, Cynthia Nixon, and Kristin Davis not speak up before about a male actor with a side character part in their former show, or did they not know?
In any case, Chris Noth, without proof of guilt, and based on accusations alone, was just dropped by his agent, and fired from several projects.
The idea of rape and sexual assault is terrible.
The idea that people, whether male or female are treated as guilty based on any accusation of any nature, without proof, is also terrible.
McCarthyism, Witchcraft trials, Proofless MeToo allegations, Star Court Chambers of any kind, where people are treated as guilty without proof or due process, are dangerous, and more often harmful, than good.
If Chris Noth committed sexual assault, then I hope the women get justice.
If Chris Noth did not, then I hope those that falsely accused and unjustly persecuted him falsely have consequences, that result in Mr. Noth getting Justice.
These are sad situations. 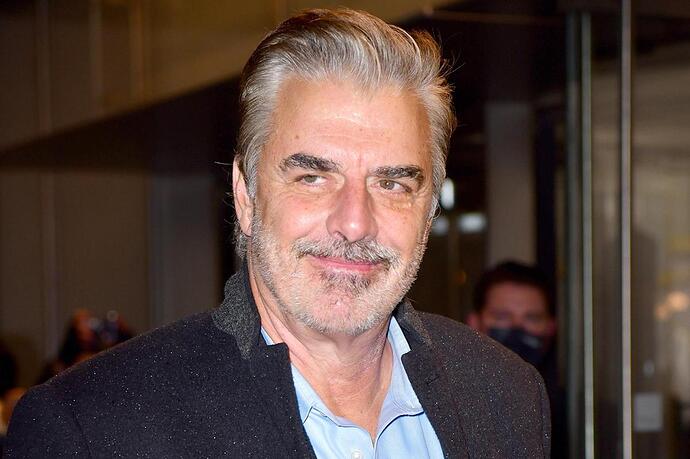 Sarah Jessica Parker And 'Sex And The City' Castmates Say They Support Chris...

The stars of “Sex and the City” have broken their silence after castmate Chris Noth was accused of sexual assault, announcing that they stand by his accusers. In a joint statement released on Monday evening, actors Sarah Jessica Parker, Kristin Davis... 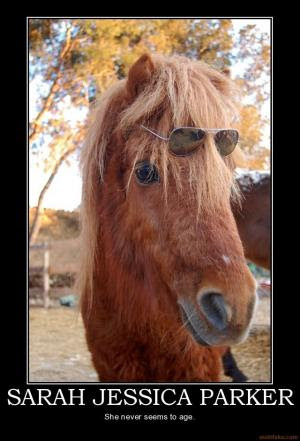 Its possible they saw a sketch guy but didnt know shit. And they’re still light years ahead of BJJ. They arent gonna stalk SJP.

There are two things that I hate, like I hate Hell and all things Montague:

I despise them both in equal measure, and Dante should reserve a Circle of Hell for both of them, to serve their penances standing right next to each other, receiving lash for lash, fire for fire, torment for torment, in equal measure. 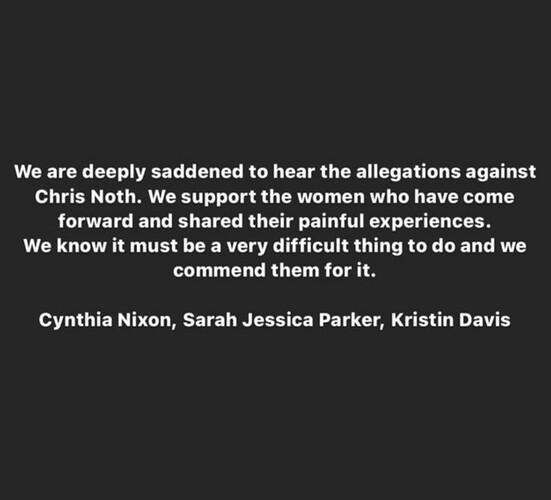 Are they actually saying anything with that statement though?

Are they actually saying anything with that statement though?

If C Gorden talked piffle, he should be ridiculed

Certainly, but I have not talked piffle on this thread.

I think social media should be the judge of that

I think social media should be the judge

It is not surprising, that you would.

I don’t think they actually sided with anyone.

I don’t think they actually sided with anyone.

What the stars of the show are doing is not “supporting women”.
If they wanted to “support women” as a generality, they would have said that as a generality.
They said, they supported these women, who “suffered”, and “commended them” for making the accusations.
They did not caveat that with “if these accusations are true”.
They commended those specific women and supported those specific women simply for making accusations.

So, the stars and producers of the show fall under one or more of these conditions:

I support the survivors of sexual assault, male or female.

However, I do not support males or females who make false accusations towards other humans, in fact I condemn them with the same vigor I condemn those who commit sexual assault, as they are both predatory behaviors, that traumatize and cause significant harm to their targeted victims.

It’s not surprising that you find it unsurprising

Investigate enough cases of sexual predators, and one will not let one’s children go to sleepovers, or be unsupervised by their parents at sports practices, or around pastors or priests, etc, because one will believe sexual predators are common, among both males and females.

And, investigate enough cases of accused sexual predators, and one will realize that of course false accusations also occur all the time, including from women towards men, about sexual assault claims.

There is not an exception to the rule that human beings, male and female, are often fucking liars, often morally absent, and are often greedy, evil, self-serving scumbags, when it comes to claims of sexual assault, among every other type of potential false claim by human against another human, if they feel they have something to gain from it, or just feel like being evil.