Unless he does invade Ukraine after all, which would obviously cast some doubt on my theory

I don’t think it’s a distraction from something specific, it’s just Russia’s aggressive foreign policy being taken up a gear which is a sort of distraction in itself.

Putin relies a lot on jingoism and sabre-rattling for his popularity and vilifying NATO gives him plenty of ammunition to work with. Invading other nations seems like a decisive, positive move to many Russians and seeing as much of the media is state controlled, the public can’t see just how shittu Russia’s actions are.

I don’t think it’s a distraction from something specific,

If it is it will have been extremely well executed

Does Europe have the nads to stop using Russian energy?

But do Russians WANT to invade Ukraine and get involved in a protracted war?

Some, maybe. They might see it as a bold move, sticking it to the West if they believe the NATO bogey man narrative. Ultimately it’s down to Putin, regardless of what the public think.

I could be wrong, here, but I am pretty sure I read somewhere in the last couple of days that only 30% or Ukrainians wanted to be part of NATO.

IMO whatever Russia says, the opposite is true

Up until the annexation of the Crimea. Now it’s the other way around.

What shenanigans? It makes sense for Russia to now want Ukraine to join NATO as it reduces its sphere of influence and ultimately whatever riches would come from effectively conquering the country.

All putin has to do is stay at the border

He doesn’t need to invade

I get the geopolitics, but not the strategy?

Threatening Ukraine makes them more likely to want to join NATO, and if they do the consequences are zero sum

Maybe putin is still a Party man, his legacy will be the final war to settle things

Meanwhile, the RF fleet is up to no good in the Arctic

The Afghanistani people can’t get a break. 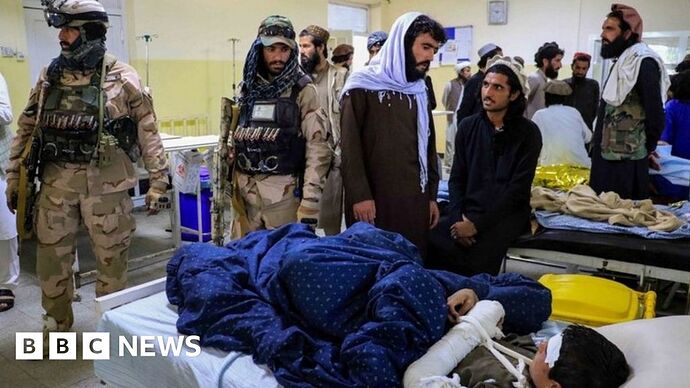 The country's deadliest quake in two decades strikes in the night as many people sleep in their beds.