Omeganisms: more stories from the depths of hell

I don’t remember if I’ve ever told this story before but since all those other stories are gone I thought I would start off with this fun story. For those of you who don’t know these are some crazy stories from my life. Have fun. 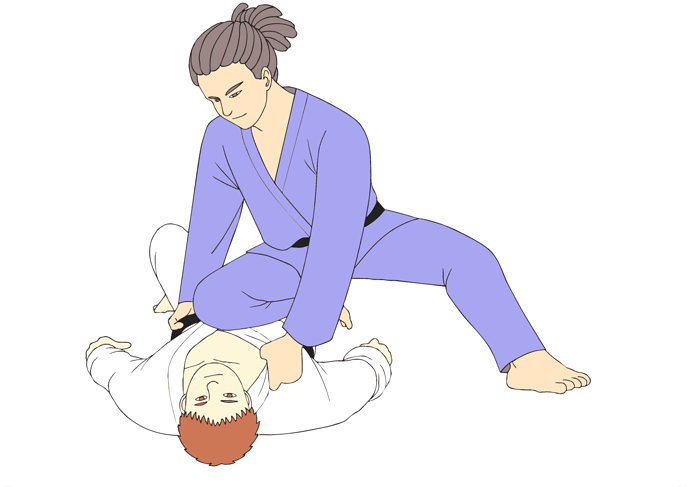 So, in the early 2000’s I used to work for a hotel as a night auditor (over-night manager). A small hotel, 60 rooms or so. On this particular night we got a few complaints about a couple who were yelling at each other. When I came on shift I saw there were 4 complaints and the hotel security asked me what he should do. I told him to tell them if we get one more complaint we were going to have to ask them to leave. The wife/girlfriend assured us that they would keep it down and that the husband/boyfriend had taken off for the night. She did not think he was coming back, and they were checking out the next day.

Later that night I heard a commotion outside the lobby. The security guard came out and told me there was a situation. I followed him outside to the hotel room of the couple. There was a man yelling, I’m assuming the ‘husband’, and kicking the door. I turned to the security guard and said “call the police”.
I took off my tie and approached the ‘gentleman’. “Sir I need you to stop yelling and pounding on the door. There are people sleeping.”

He looked at me with a ‘go fuck yourself’ look on his face and started pounding on the door repetitively.
“Alright sir, we will be calling the police and you and your wife will have to find a new hotel.”

“We better get a refund!” He loudly retorted.

“No.”, as I started to head back to the front desk lobby. He stopped pounding at the door and started to walk after me.

“Fuck you then we’re staying here or we’re getting a refund”.

I held up my hand “Stop, this is not going to go the way you think it is.”

He stopped “What the fuck did you say?”

The security guard came up behind me and I waved him back, and he went back into the lobby. I looked back to the husband. “Sir if you want to talk to management in the morning, they may give you a refund, but I will not….”

“Fuck you dude, where am I going to find a hotel this time at night? My baby is in there, you would throw us out with a baby?”

“That’s not my concern sir, I asked you to stop and you didn’t. This is on you, but I have an entire hotel to be concerned with…”

Anticipating the attack, I parried his shot and spun him into a right arm RNC. I calmly told him to stop as he started to strike my groin with some reverse hammer strikes. Again, anticipating the shot I reangled my body and used a swimming technique to switch him into a front face lock. Anticipating a double leg takedown, I prepared to sprawl but instead he attempted to throw several blows to my groin/bladder. Since adjusted my angle and started to lock in an arm-in guillotine.

“Do you need help?” The security guard asked.

“What?” he said nonplus.

“It’s his nap time.” I looked down at my struggling assailant “Shhhh, it’s okay go to sleep” and his body went limp.

“Did you just knock him out!?!?” The security guard exclaimed.

I nodded my head as I counted to myself. One Mississippi, Two Mississippi, Three Mississippi. I started to relax my grip as the limp body begged to be laid on the ground. I cradled his head and guided his body to the ground in the prone position.

“Should I call for an ambulance?” The guard asked.

“No, it’s okay, he’ll wake up in about 10 seconds….” I said casually as if we were talking about the weather.

Someone started to come up behind me and the security guard commanded “Sir! Please stand back.”

I looked at him peripherally and smiled with assurance “He’ll be okay, he’s going to wake up any second…” I looked down and noticed his eyes were twitching open. “There we go.” I said as if talking to a child in a nurturing tone. Lightly going knee on belly, I looked down, and with the same tone “Hi. Are you okay?” engaging my left arm preparing for the inevitable punch.

“Yeah”, as he looked around getting his bearings.

“And do you know where you are?”

“And do you know how you got here?”

“Yeah!” he yelled (here it comes), and he threw a right punch to my face which I caught and pinned it to the ground and went full knee on belly “I KICKED YOUR ASS!”

The security guard exclaimed out “No you didn’t. He…”

I looked up at him abruptly shaking my quickly. I looked back down “So let me get this straight. When the police get here, you’re going to tell them you kicked my ass?” I tried to say without sounding too amused.

“Yes, now get the fuck off me or I’m going to fuck you up more!” He started to fight off the bottom and I surfed over to mount and pinned his left arm under my knee, and I let him struggle in vain.
His father then yelled “Calm down son! You need to calm down, he’s in control!”

“Fuck you dad, you never take my side…”

At this point the father and son have this Freudian argument on the level of Oedipus Rex. My co worker and I just kept looking back and forth between them and ourselves (extremely awkward). Finally the dad decided to go back the room to check up on the mans mother.

“You wouldn’t be doing this if you had a kid”, he said to me.

“He actually has a kid”, said the security guard. I looked down and nodded at him.

“I hope your fucking kid dies you don’t deserve to have a child”. He chided back.

To be honest that one hurt and my temperature rose a little. He took this time to try to escape again. “You don’t understand how fucked you are, I can bench 300lbs.” (yes, he said that). At this time, I took the time to run him through a sequence of submission holds; ‘gift wrap’, Americana, and head and arm choke. In this position I whispered in his ear “Do you know how fucked you are right now?”

I postured back up and smiled down at him. At this point the fight left his face. A few minutes later the police walked in and I immediately said in a 10-year-old, tattle tale tone, “He kicked my ass.”

‘I can’t believe he actually admitted that’, I thought to myself.

The first police officer looked over and said “You? I thought we told you to go back to your hotel.”

“There’s blood all over your face.”

At this point it donned on me why he thought he kicked my ass. Apparently I cut my head during the scuffle and blood had trickled down my face. After I cleaned my face, I watched the police take reports from all the witnesses. Unbeknownst to the police officer interviewing my ‘friend’, he did not see the constant middle finger he was giving me. My security guard tried to say something to me, and I told not to worry about it. Then the police officer turned toward me an asked me what I wanted to do.

“Why are you asking him?”, my ‘friend’ exclaimed.

“Because if a police officer isn’t present during a crime the person the crime was perpetrated against has to press charges.”, I said.

The officer looked at me surprised then looked back at him and said “Yeah.”

“Yes, and if you knew that you probably wouldn’t have kept flipping me off”, I retorted matter of factly.

“Yes you did….” The security guard exclaimed as I waved my hand off to him to stop.

I told the officer to just take him away and I wouldn’t be pressing charges. I then told the family I wouldn’t be asking them to leave. It remained peaceful the rest of the evening.

Prologue:
The next day I came in for my shift and there was an envelope at the front desk for me. There was a letter saying “Thank you for not pressing charges on my son” along with a $50 bill.

I was hoping there would be ninjas. 4 out of 5 stars.