I watch every UFC, lots of fight commentary and took a picture with Royce Gracie. Recently, I’ve noticed that a lot of BJJers have turned to conspiracy theories. These guys are talking about berimbolos, and de la rivas. Then instead of focusing on Royce, these dudes are talking about random people. Like, who the fuck is Buchecha? I read three articles about the rise of BJJ and didn’t see his name once. Fucking conspiracy theories.

This is how most of the site sounds when talking about politics. Are you a politician? Do you study politics? Then as information gets more detailed, one should defer to people that know what they are talking about. I’m on my second campaign now. third organization. None of the campaigns or organizations were what they seemed to be from the outside. The actual facts and the details defied media narratives.

Making political commentary after following nothing but MSM narratives is the same as speaking on the coronavirus after watching nothing but Rogan. You have a narrative, and a convincing one, but not the supporting facts.

Take J6 for instance. How did these people get there? Who funded it? Were there any complications in transit? This matters. What the media is presenting is a narrativized overview, not anything that should have you explaining things to people.

This could be a good thread. Try not to fuck it up, please.

That’s my point. Just because the facts don’t match a layman’s understanding, and this goes for any field, doesn’t mean that its the facts that are off base. That simply doesn’t make intellectual sense.

My counter to that is, if you want laymans to understand, they put it in a way that laymans understand

Sometimes there is no simple answer and it’s the (then) leader of Antifa with a combat computer selecting targets for the optimal destabilization of America. The answer is so out of the realm of what people expect that they can’t grock it.

I posted some. It’s literally the biggest caper in the United States and one of the biggest in US history, so yes its dangerous to talk about.

You mean the pixlated diagram?

Yep. It’s only pixelated to protect myself and some names on it. And its not a diagram.

Hidden knowlage which can only be deciphered by an elite

Here. I used that to understand the first figure.

I appreciate the Irish guy

Why do you think antifa is not considered a terrorist threat by FBI?

Why do you think antifa is not considered a terrorist threat by FBI?

The FBI has on-going domestic terror investigations and on-going surveillance of individuals and cells claiming Antifa ideology.
The FBI does not consider Antifa to have centralized leadership across the country, but rather to consist of many distributed groups and individuals claiming Antifa ideology, and some of them are classified by the FBI and Department of Homeland Security as extremist and/or domestic terrorists.

The same could be said for “profa”, but right wing extremists top the list of terrorist threats in the US

The FBI and the Department of Homeland Security do not use the same definition of “Right Wing” terrorism that Europe does.
The US anti-terror definitions classify “anti-government, anti-regulation” primary ideologies as “Right Wing”.
Alot of the U.S. Antifa domestic terror individuals and groups are therefore classified as “Right Wing”, unless they have other Special Interest components, or socialistic or communistic co-primary ideologies in their particular cell, or as individuals.
Coding is not consistent across the 1,600 disparate law enforcement agencies that report their numbers into the FBI.
Coding is not consistent across think tanks, terror watch groups, academics, and hate group watch dog organizations, that provide reports that the FBI often uses, when crafting their statements to the public, and their testimonies to Congress.
Context, and specifics really, really matter, here, but they are often traded for concise soundbites.
And in that rounding, or averaging, or boiling down, a lot of meaning, accuracy, and specifics are lost.

I applaud your positivity 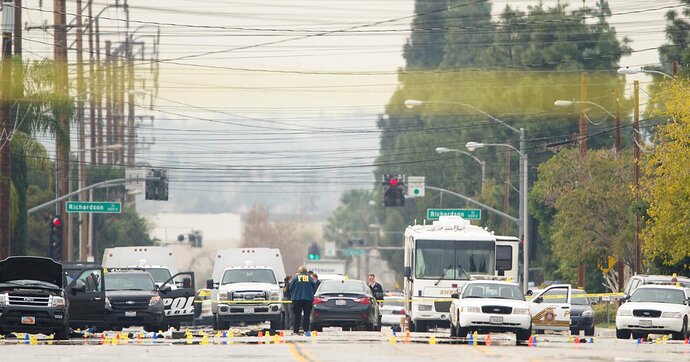 Terrorism in America After 9/11

A comprehensive, up-to-date source of online information about terrorist activity in the United States since 9-11.