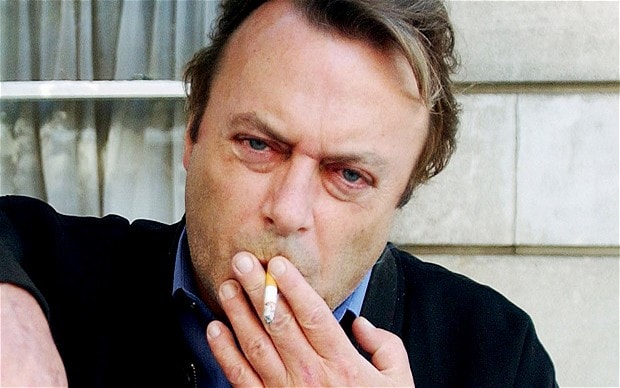 Everyday I hear people quoting Sam Harris, Dawkins and Hitchens the new atheists, and there’s something I find irritating about them. Many of their fans hold ideas such as ‘no truth can be found without the scientific method including moral truths’, and sometimes they also seem to fall into the category that scientific reasoning can find universal truths. For example, as a engineer I deal with different numerical methods for statistical analysis or I use complex analysis to understand a given circuit. These models can be changed in different ways and still be logically valid. While deductive truths especially of the Euclidean sort are universal it is still a human invention and not a truth of the universe.

A very basic definition of positivism is " a philosophical system that holds that every rationally justifiable assertion can be scientifically verified or is capable of logical or mathematical proof, and that therefore rejects metaphysics and theism." This seems to be a basic stance at bullshido. While I’m indifferent (maybe slightly approving) to the dunking on people that have strident beliefs which they have not questioned I don’t discount all of theism or metaphysics. Ideas such as what is good or what is moral generally have strong metaphysical roots, and don’t make me bring up the is-ought fallacy.

I’m not saying you should discredit everything that Hitchens says. I might have straw manned him as he’s more of a public speaker that’s famous for dunking on people. I would just realize there’s a lot more out there than the theism versus atheism.

For a better criticism of these ideas look under the problem of demarcation section under Karl Popper’s work.
http://s-f-walker.org.uk/pubsebooks/pdfs/popper-logic-scientific-discovery.pdf

“The fact that value judgments influence my proposals does not mean that I am making the mistake of which I have accused the positivists—that of trying to kill metaphysics by calling it names. I do not even go so far as to assert that metaphysics has no value for empirical science. For it cannot be denied that along with metaphysical ideas which have obstructed the advance of science there have been others—such as speculative atomism—which have aided it. And looking at the matter from the psychological angle, I am inclined to think that scientific discovery is impossible without faith in ideas which are of a purely speculative kind, and sometimes even quite hazy; a faith which is completely unwarranted from the point of view of science, and which, to that extent, is ‘metaphysical’.” – Popper

There exists a rather large contingent of scientists, especially in cosmology and such, that are religious, because of the knowledge they have gained, not in spite of it. Some questions will never be answered, and I respect those that have reached the pinnacles of science and still look to a higher power. In a sense, they are the true faithful.

But, we lowly Bullies tend towards the empirical. Except for Wing Chunners and Buddhists and Ninjas and Rabbis & c.

Anyways, looks to be an interesting read, I’ll give it a shot, and thanks.

Much of this vein of criticism is a glorified “God of the Gaps” argument, looking for tiny crevices in between established knowledge or the epistemic approaches to it, into which a mystical world view can scurry for shelter.

The remaining balance tends to focus on the imperfect nature of our perception and ability to understand things, which is even more easily hand-waved once one realizes it is an equally bad-faith argument. Yes, we are imperfect, but mistaking the point of science for a perfect understanding of reality is dishonest. The point is incremental improvement towards an understanding of the natural world that is consilient with objective reality.

The idea that we can know everything is, of itself, a belief system. Everything follows rules, but some of those rules we will never know. Nor our kids, nor their kids, etc.

Nobody of any merit makes the argument that everything is knowable, that’s a red herring. But the difference between Science and Faith is that one is a process for refining one’s understanding using measurable, falsifiable approaches, and the other is simply subjectively making shit up in a manner that cannot be falsified and then sheltering this “knowledge” from scrutiny by making claims that it is sacred or beyond human understanding.

The latter, of course, is bullshit.

But, your own argument defines faith. We cannot know everything, so at some point…

I’m not arguing that we should not be rigorous and seek scientific truth. But, we still really don’t understand how lasers work, or gravity, or Novel Coronavirii.

There’s a difference between not knowing something, and claiming knowledge of it. Faith is claiming knowledge of things in the absence of evidence; it’s filling in the gaps of empirical knowledge with what you want to be true based on your own biases. Science is a method that corrects for those biases, Faith enshrines them.

It’s not an epistemic approach, it’s an approach to bullshitting.

I still have faith in gravity, because Judo.

Evidence is the essence of all explanations that aren’t just attempts to bullshit someone.

So, you have an explanation for gravity? Since we’re on a spinning ball that is catapulting through the galaxy at (lol) astronomical speeds, in search of the ultimate resolution of thermodynamics…

Me, personally? No. But physics seems to have a reasonably solid grasp on it. Gravity is a function of the curvature of spacetime.

This is where empiricism and reality can diverge, though. Just because you can reasonably predict a thing doesn’t mean that you know how or why it works.

And, if we’re getting into the philosophy of the thing, how can we be sure that it works because SCIENCE, or it works, because a creator wants to make sure our measurements are “good enough?”

It really feels like you’re moving the goalposts on what it means to “know” something.

Feeling something in your heart, or intuition, isn’t a form of knowing, it’s a form of self-reinforcing delusion subject to every human cognitive failing in our poorly-adapted brains. The scientific method is an approach to correcting for such failings.

Neither are perfect, but the latter is significantly more effective at bringing one’s understanding of the world as close as possible to objectivity. The former is simply subjectivity.

The modern world and indeed our ability to have this conversation right now, wasn’t brought about by holy men quoting scriptures and pondering their connection with the universe.

It was brought about in spite of those people and those things, by men who sought to objectively quantify the natural world, have their work be scrutinized and reviewed by others for accuracy, and falsified if possible.

Put it this way:

Faith is avoiding sparring but still telling people you have fighting prowess. Science is subjecting your skills to peer review by fist and foot. Only one of these methods leads towards a more objective grasp of reality.

It really feels like you’re moving the goalposts on what it means to “know” something.

Your definition of what it means to know something feels like a moving goalpost. Sure, we can drop a feather and a lead ball in a vacuum and see them hit the ground at the same time. That doesn’t EXPLAIN gravity, it just observes it.

I’m not sure what you’re getting at. Gravity is pretty well understood by physics as one of the four fundamental forces of nature, irrespective of our personal understanding of its intricacies or particulars.

Define any of the four fundamental forces in a way that doesn’t require a leap of faith. Empiricism requires observation of the macroscopic universe. The tiny bits are still magic, as far as humanity is concerned.