History is stranger than fiction

Murphy’s Law: Whatever can go wrong, will go wrong.

Given enough time, mathematically this holds to be true. Here’s some unlikely things that could go wrong and did. Clearly you have never read The Futurological Congress

Things you wanted know about homos but were afraid to ask. 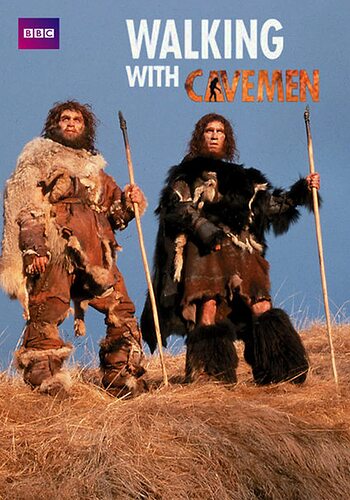 This is a user friendly insight into proto humans

I definitely did not. Is that some sort of alternate history novel? My patience is always a little thin with those but sometimes they can be very informative with actual historical events instead of wildly misleading regarding the historical importance of some event the author is obsessed with or appears to be imagining to have happened from which they base their alternate history narrative upon. So then it’s alternate history from a real history that never actually happened.

There’s a lot of foolishness in the world of historical literature. Ancient aliens and all the insanity that goes with similar teleological delusion that goes with things like that for example.

Excellent. I read the reviews and it looks great. Thanks for the recommendation. A small little well timed kindness and understanding can prevent a lifetime of misunderstanding fueled miseries and suffering. Jesus Christ, this guy is an utter piece of shit.

Jesus Christ, this guy is an utter piece of shit.

Oh, the serial killer. Right. Sorry, I’m not on the ball today.

Yeah man. That is probably the worst known criminal in combat sports history.

A boxer that used skills learned for the ring to quickly disable women so that he could rape and kill them.

Monsters like that should serve as a wake up call to what man is capable of doing if they are divorced from human empathy.

I find it remarkable how cocaine seems to overwrite people’s ability to feel human empathy and guilt.

If only we knew more about the mechanism in the mind that creates feelings of empathy then we might have a better tool in the arsenal of mental health. That’s probably not going to happen in my lifetime though. It is interesting to note that the mutation that created dogs from gray wolves seems to have also caused a massive change in the way dogs form emotionally bonds with people.

Down’s syndrome is also known to create a highly increased propensity for empathy. Anecdotally, you’ll never have a better or more loyal human friend than a Down’s kid. Ecstasy will do that. Colonel Sanders was an unstable violent deadbeat whose official story is mostly bullshit.

Unlike the genteel southern man of assumed military honors we all saw on TV growing up, Sanders only a Pvt having served about 4 months as a wagoner at the age of 16 in Cuba in 1906.

He got the Colonel as an honorary title that the Governor of Kentucky awared to lots of people. Sanders is the only one that started referring to himself publicly as Colonel.

Most of his jobs prior to franchising fried chicken ended disastrously due to his own often very bad behavior.

He tracks a long history of foul disposition and a pattern of excessive violence and bullying throughout his life. Most notably when he threw away three years of legal study and the very beginning of a law practice in Arkansas after working less than a year so he could beat the piss out of his own client in the Justice of the Peace’s office where he worked.

Then there is the time time he got into a shoot out with a rival business owner that resulted in a fatality and the time he planned but did not follow through with kidnapping his own children.

On the subject of Sanders history of bad behavior his biographer wrote “Sanders had encountered repeated failure largely through bullheadedness, a lack of self-control, impatience, and a self-righteous lack of diplomacy.”

After his failed legal career, he made one small fortune by starting a ferryboat company and almost immediately lost it all in a bad investment.

By 1930 he was 40 years old and had nothing to show for it except a family he didn’t support and a job managing a small gas station in the middle of nowhere. A job he lost to the great depression.

He was eventually offered a free room adjacent to a gas station and a small cut of the revenue of the store. No salary. To make ends meet he started selling food out of his own residence adjacent to the gas station.

Never one to shy away from competition even in the great depression, he began painting signs all over town to redirect traffic to the gas station he worked at.

A shoot out insued when Sanders confronted a competitor over signage dispute. Sanders’ boss died and Sanders shot the other owner. It is not clear at all who shot first because Sanders was originally charged for shooting the other man. The other guy went to prison for murder and the charges agaisnt Sanders were dropped.

At 65 Sanders lost the modest fried chicken stand and gas station business he owned when the interstate was built and traffic was redirected. He sold it at a loss to what he still owed on it.

At 66, he aggressively franchised his fried chicken recipe, KFC took off and he became famous. After selling the KFC business despite staying on as the brand representative, he constantly insulted the food they were making and started a competing business named after his mistress.

Clearly you have never read The Futurological Congress

I don’t know Lem is read that much in the US these days. I read his books in Spanish-language editions.

Excellent. I read the reviews and it looks great. Thanks for the recommendation.

All the Ijon Tichy stories from Stanislaw Lem are fantastic. His robot stories are even more absurdist if I recall correctly. I always felt FUTURAMA took a lot from him.