I did a quick search didn’t find anything.

I’ve been thinking about them removing headgear in competition and i’ve started seeing guys spar without headgear so though it was worth getting perspective.

I personally think headgear should be worn. I wear a Mexican style headgear because i don’t want to walk into a meeting with black eyes and a broken nose.

I think the higher concussion rate in amateur boxing is due to the headgear dampening the blow, so you sustain more head shots than you would have without, leading to more damage across the fight.

I used to think MMA was far worse than boxing, but now i sometimes struggle to watch boxing. There are times they let fighters keep fighting or get up off consecutive knockdowns, where you just want the ref to call it. Those additional blows to the head really stack.

In sparring most of your sparring shouldn’t be full tilt, so i think the extra dampening you get off the headgear as well as the gloves, knowing you aren’t getting hit with full weight should still 100% be the standard. 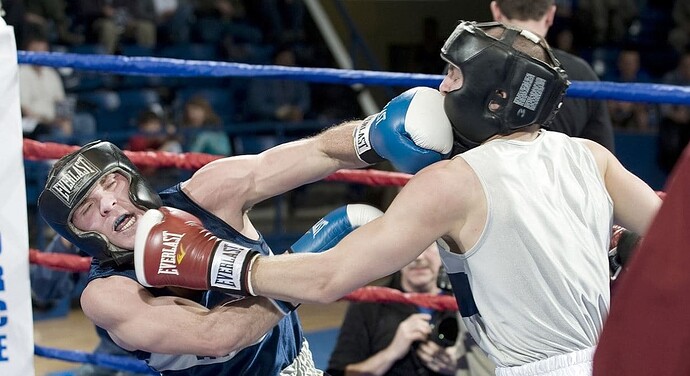 I worked with a couple of fighters that fought for big orgs in the US so had to go through all the MRI/MRA testing and neurological exams every year.

I sat through the consultation’s and exams with them and the neurologist.

From what I understand it is the not so much the one big punch that causes the most damage over the lifespan of a career in combat but more the constant jabbing of many small impacts and head rocking .

So yeah there have been a number of articles and studies stating that head guards are worse for the reasons you have said but also they give you a bigger target and do not protect the brain from hitting the side of your skull on the inside which is what causes the injury and progressive deterioration over the cause of a boxers career.

You just dont get that level of constant impact and jerking of the head in mma .

I used to wear head gear for the same reason as you but stopped and prefered to limit my sparring and on the odd occasion i get my face wrecked i just tell them i told my wife she looked fat but 9/10 they dont ask.

Strangely though training in a GI messes up my face for a day or two afterwards far more than sparring.

I am not sure but there might be also an issue of leverage against the neck, due the bigger surface of the headgear, specially in non full impact blows.

I used to feel my neck sore despite of not having taken any direct impact while (mild) sparring.

All in all, rotational movement does more damage than linear impact. This from my previous experience with football helmet, liner design and TBI.

That said, it’s an accumulation of the brain moving within the brain housing that adds up.

I seem to be having a hard time finding the relevant documents on TBI.