Although small circle jujitsu appears to be slowly dying, I think there needs to be a more definitive account as to why it is BS. I have found some tidbits on the internet but nothing that really explains everything.

I’ll provide both public facts that anyone can look up on the internet as well as my experience.

For those short on time, just consider the following:

On the old forum someone suggested it might be a typo with the date, but the Wayback Machine shows that this “Ninth Degree Black Belt” wasn’t on his website prior to January 2016, so it could not have been a typo.

I can understand a jujitsu studio not doing MMA tournaments, but to not even participate in grappling tournaments…?

However, the fight or flight reponse we all experience under stress such as violence results in a loss of “fine motor control.”

If you watch any videos of small circle jujitsu, you will see just how complex the movements are. They not only require considerable sensitivity to your opponents movements, they depend on “pain compliance.” Pain compliance in general is questionable with an opponent also experiencing an adrenaline dump and / or the effects of drugs or alcohol.

To say nothing of fighters who have continued fighting with a broken finger, wrist, or arm.

"The school is supposedly all about “street practical self defense” but they do not compete in MMA or grappling tournaments such as NAGA.

Ed is dedicated and knows his jujitsu but he has no actual fighting experience or military or law enforcement experience."

At 16, I had, shall we say, a learning experience when I got into a fight and lost so badly that I had to be taken away in an ambulance. I was a bloody mess and my 6 years of jujitsu training was useless in defending what is probably the most common scenario you can face - a barrage of punches. The punches were powerful enough such that I lost a front tooth and had to replace two more front teeth.

I returned to training one last time after I healed sufficiently despite my experience because like a lot of gullible people I completely blamed myself for losing the fight. Ed was not at all sympathetic or encouraging and basically shamed me for getting into a fight. That was the last time I went to class. Ed often referred to his students as “family” but he never reached out to me when I didn’t come back despite having studied with him for over 6 years.

Needless to say, this experience destroyed my confidence and made me a social outcast in high school as well. I ended up running away from home in part from the social problems this caused for me. And while I ultimately returned to school, I ended up dropping out despite being a good student.

Replacing teeth is extremely expensive and time consuming. I did not fully repair the dental damage from this experience until I was approximately 30 years old. It cost about $20,000 as well which played a big role in having to file bankruptcy as a young adult as well.

We often read in the abstract about how bad training can get students hurt or killed but you rarely hear from these actual people whose martial arts failed them or what “hurt” actually means. It can cause a domino effect in all aspects of life that takes many years to fix.

It’s so nice to see a forum (and its predecessor Forums - Bullshido - The Art of Fighting BS) dedicated to fighting the BS in martial arts.

I hope anyone thinking of signing up for any dojo teaching circle jujitsu will come across this thread. I paid a lot in money and blood to find out what others shouldn’t have to.

I don’t study martial arts anymore but I’ll keep an eye on this thread and answer any questions should anyone have any. 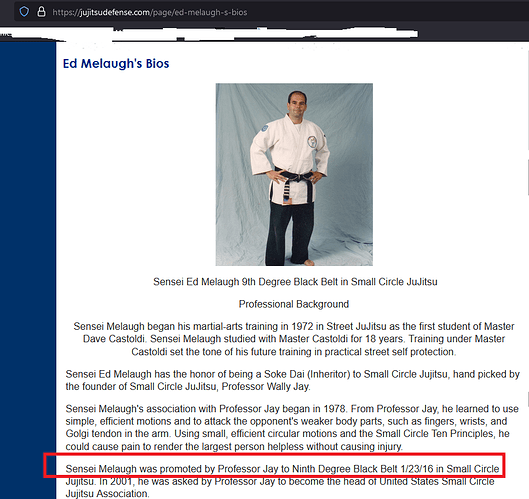 As a new member, I couldn’t put all the links I needed to in my initial post.

On the old forum someone suggested it might be a typo with the date, but the Wayback Machine shows that this “Ninth Degree Black Belt” wasn’t on his website prior to January 2016 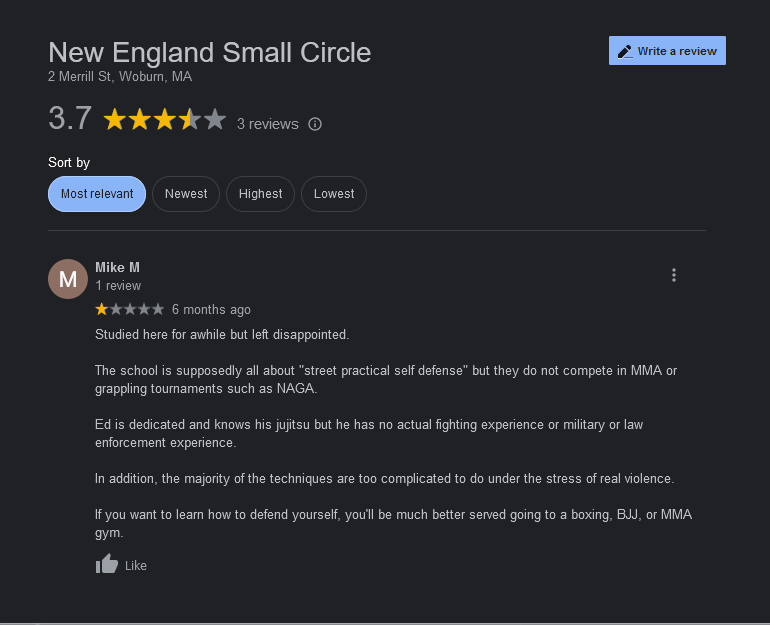 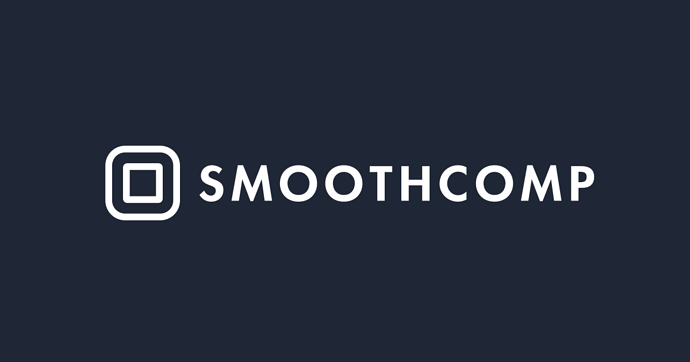 Smoothcomp is a tournament software for combat sports. The smoothest way to participate, organize and follow competitions 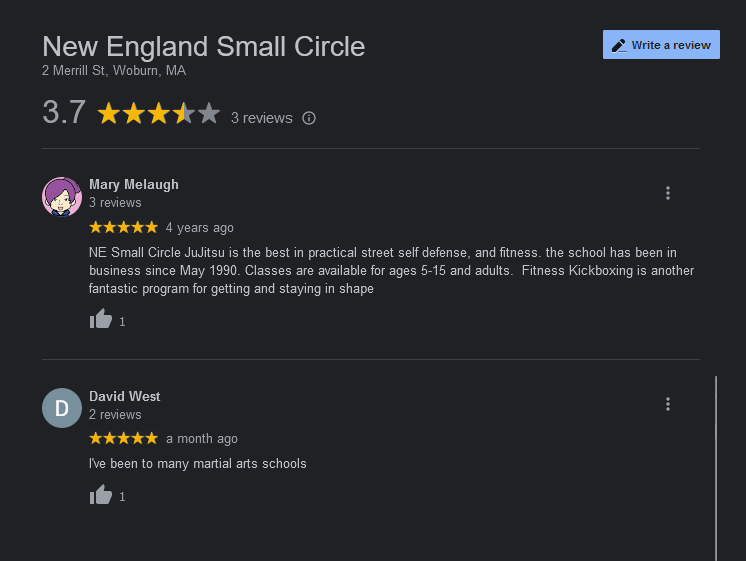 I was about to point that out, too.

I went to a Wally Jay seminar/training session back in 1990 something, in New Orleans, at Tulane University. I was running the club sports Judo program there at the time.

I got to meet him in person, nice guy. Totally capable of wrecking your arm joints and/or fingers if you let him have them.

I think that someone like Remy Presas (or another famous stick fighting guy was there too. It was an interesting combo. Also did some of that (then) new-fangled BJJ/GJJ stuff, as well.

At that time, I’d been to a few of those types of thing sponsored by the Tulane Martial Arts Club. Dillman pressure point stuff, too, at 2 or 3 separate events.

It was pretty obvious all were commercial ops trying to stay relevant by expanding their range of offerings.

There’s basically no legit jiujitsu in New England. Everything is either trash, mob owned or both.

It’s not really surprising that they wouldn’t have any history competing in things like NAGA or GI. Historically speaking the Small Circle and Danzan Ryu types have had a much closer relationship with Judo and competed there. I’ve had several Judo coaches who trained extensively with Wally Jay and spoke very highly of him, however they all continued to teach under the Judo banner.

After Jay died it seems like the only ones really carrying the torch for SCJJ we’re the ones who weren’t involved in Judo and didn’t compete. That’s not good