Data driven approach to COVID19 vaccination for kids, and adults

That is troll, bully and harangue new guys till they think “wow, bullshido is a toxic forum populated by toxic wankers”

I respond to posters who make false claims, or make posts that are in error, whether they are new, or old, members, or staff, mods, or noobs.
If they are civil, I am civil, if they are rude, after a few rude posts from them, I respond in kind.

@Dr_Righteousness is far from thin skinned and @Rillion was invited by @Phrost , so I’m sure he didn’t think her thin skinned

You are assuming she left, because Gonzo was mean to her. I think that is a rather large assumption on your part.

Gonzo was very challenging to her, for sure, but she definitely had a line to sell, from a very specific point of view.

In fact, you are perhaps being rather… insulting to her to insinuate Gonzo had anything to do with her “leaving” these Forums.

I don’t remember Rillion being rude to you…

Then you do not have a good memory.
And, one need not be uncivil or rude to me, in all cases, merely rude or uncivil.

I hear enough about “emotional safety” at work.

So far the guys calling Dr. Gonzo out have been following him thread to thread, derailing the threads and in some instances flat out trolling while in the same breath chastising him for behaviour on the forum. The constant following and bickering has made me lose interests in those threads because it’s mind numbing reading through 50 posts that are bickering, by that time the topic isn’t even valid anymore. Why not keep it to the thread you specifically created for him?

It’s a near-lifetime thing for some people, not specific to Gonzo.

Doofa got banned from the old forums for his trolling. He lived under a rock in Sociocide for a long time.

He’s older and a bit more mature now, but…

If there are people out there that are so convinced they are correct, and have science and facts and truth on their side, they are welcome here with open arms. “Driving them off,” I have heard a few times, of late, and it seems like we’re just chasing away people that don’t have the courage or moral conviction to stand behind the filth that they spew. I call that a win.

That being said, @Rillion was a nice addition to the community, I hope she doesn’t homestead her ragequit.

That’s not how it went thought

Gonzo, just as wabbit did, seems to think it’s his role to be a cunt to all newcomers

I imagine he believes himself to be some kind of quality control expert, separating the wheat from the chaff, or some such nonsense or other

False.
However, whether it’s the founder or a new poster, if someone posts something false, or pseudo-science, I post a response that it is.
Whether they are new or a long time poster, or a mod.
Your current troll narrative is obvious.
Chicken Little…

So you’re a cunt to anyone who disagrees with you?

So you’re a cunt to anyone who disagrees with you?

And, no, I welcome people disagreeing with me.

I am generally only a cunt, to people who act like cunts.

You have less self awareness than wabbit

@doofaloofa , your past eight posts in a row on this thread have been off topic, having nothing to do with the thread topic.
And you are doing similar things on the other active threads.
Speaking of self-awareness, and/or the lack of self-awareness…

Counting to eight- way to go!

Aren’t you the clever “Data Scientist”!

Aren’t you the clever “Data Scientist”!

The fact that you had never heard of the field of Data Science, before you heard me mention it, is another signal of how ignorant, and uneducated you are, about science(s).

Much like you mentioning polio, without knowing or understanding what the polio treatment protocol for unvaccinated adults is, or that certain polio vaccines can and do cause polio.

In case, that is your ninth post in a row on this thread, which has nothing to do with the thread topic.

This is not a trollshido thread.

This is a serious science thread.

Are you capable of knowing the difference, and comporting yourself accordingly?

There may be hundreds of cases of vaccine derived Polio in New York right now, according to the recent waste water testing, in Rockland County and Orange County.

So, adults who have not been vaccinated against Polio, should get vaccinated (preferably with the Salk vaccine) prior to traveling to those areas.

And of course children should be vaccinated (preferably with the Salk vaccine) in general.

Denmark has made a shift towards what your topic suggests

" The Danish Health Authority phased out the vaccination program against covid-19 on May 15. We plan to resume the program during fall and winter 2022/2023 and offer vaccination to certain groups. Read more on what phasing out the program will mean to you."

“Children and adolescents only very rarely have a serious course of illness due to covid-19 with the omicron variant, which is why the offer of primary vaccination for children between 5 and 17 years will not be a general offer, but can be given after a specific medical assessment, cf. the Danish Health Authority’s guidelines.” 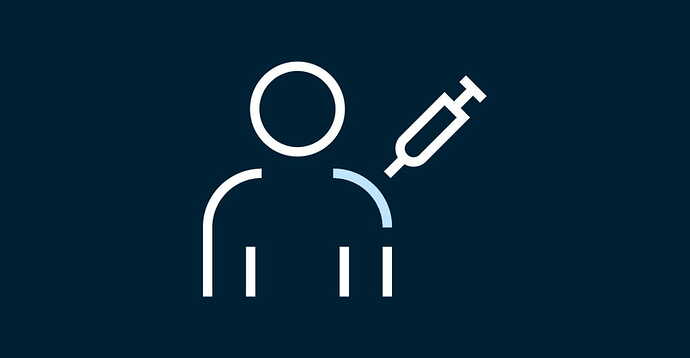 The Danish Health Authority phased out the vaccination program against covid-19 on May 15. We plan to resume the program during fall and winter 2022/2023 and offer vaccination to certain groups. Read more on what phasing out the program will mean to...

There has been a lot of noise around the shift, that’s the first reputable reference i’ve seen and it looks like an update from the 23rd of June. 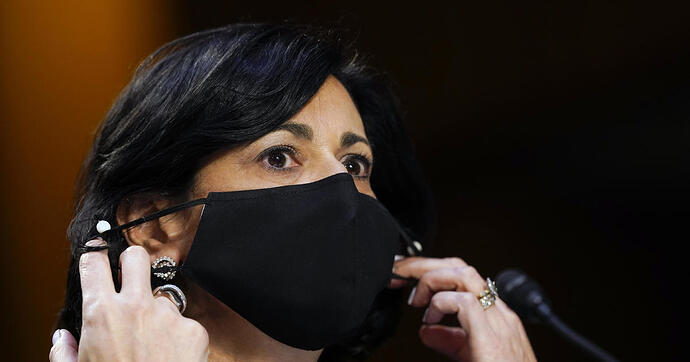 The agency says the new revisions acknowledge "the pandemic is not over" but should not disrupt daily life as much as it used to.