Why the Martial Arts are a Haven For Sexual Predators

Originally published at: Why the Martial Arts are a Haven For Sexual Predators - Bullshido

Let’s confront some harsh realities, learn some uncomfortable facts, and then solve the damn problem once and for all. 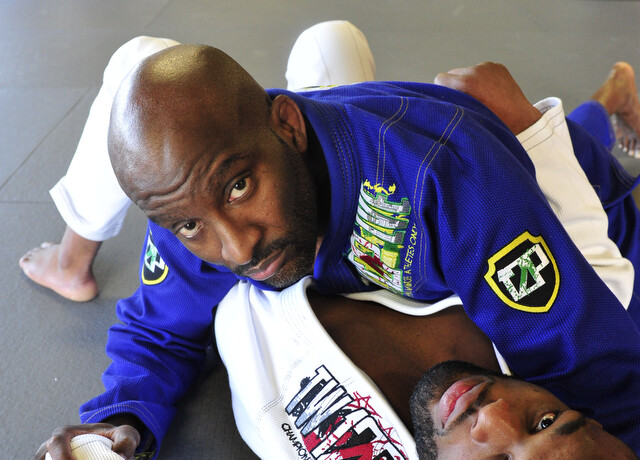 Any environment where the cultural expectation and tradition is to obey authority figures without question, especially one coupled with social status ranks and privileges handed out by that authority figure will be ripe for sexual abuse, and other abuse, in particular-particular, the less transparent they are on, and the more insulated they are.
So, in practical terms:

Kinda but it is comparatively not as significant as many religions , cub scouts/Brownies or organizations that deal with vulnerable people like care homes and orphanages that historically have been breading grounds for sexual predators.

From what I have seen it is still rare by comparison for a sexual predator to be found leading a martial arts school.

That is not to say that there should not be an amount of awareness and that it should not be monitored by the community just to announce it like its on par with what goes on in Hollywood and the Vatican is a bit of a stretch in my opinion.

Emmanuel Macron met his wife when she was his teacher at 15.

Im no fan of his but they still look very much in love compared to most political couples that seam to tolerate each other for professional reasons.

After 15yrs of marriage now do we still consider her a sexual predator?

If she was a man and he a women then 100% we probably would I guess?

Unfortunately, as Larry Nasser illustrated, that is a very low bar

The issue is that BJJ KNOWS these people are abusers.

“BJJ Knows” is way to broad of a term.
There are plenty of people within the BJJ community that actively seek to expose them. Ty Gay is working on setting up a website and such for that purpose.

The problem is that there are also a good number of people with an old world mentality that seek to sweep it under the rug and protect the predators for reasons.

It is the same problem inherent in religion.

They know. Take TLI. EVERYONE KNOWS, including the guy who approves his paperwork every year. Everyone knows the guy that approves his paperwork every year is a predator. We know this. People just think that paying into a few people getting raped, robbed, scammed, etc. is ok as long as they feel the “prestige”. I think paying into a rape network makes people feel special.

Then you have the people that are actively trying to get him out of the sport. Stop acting like BJJ is monolithic. It’s not.

Who’s trying to get him out? Literally, no one.

Josh Laduc. Bill Murphy. Ty Gay. Renner and Ryron have both spoken out against him. I’m not sure if MO Jassim has taken that one up yet or not…

On this you are simply wrong.

#5 is a bitter pill with regards to how you’ve branded it, but it’s not bad advice in a lot of cases. The bit about him not being in an elevator with a woman, if true, is a little ridiculous.

That’s not how you remove someone. What is keeping Irvin in the sport?

I have no doubt that Kirik is a stand up guy and not involved any any of the sexual predatory but he was tight with Irvin IIRC .

Same shit with Harvey Weinstein , Cosby and in the UK Jimmy Saville who was very pally with the royal family here.

Ask the Fight Sports guys are they are getting banned from one promotion after another.

What keeps him in the sport? Students paying his gym fees. That’s it. Until there is a court order keeping him from running a gym, he can always run one and get paid.

They got sued actually. Wasn’t Kirik.

Yeah, which promotions are they banned from?

Meanwhile, any specific feedback on the piece itself? Haven’t blasted it out to social media yet.

ADCC to start. Sappateiro, anything run by Flograppling which I can’t remember which promotions they run and which they just cover.

I think it’s a LOT of text, but I think you’ve correctly identified the cultural issues that lead to the current culture of abuse in the sport. Good shit.