Why the Facebook Bullshido Group attracts weaklings, breeds weaklings, and should be shut down. And Facebook itself drives that algorithmically

Now that the forums are back up in Version X whatever, perhaps it is time to stop feeding the ridiculous beast that is the Bullshido Facebook Group, and the supposed Bullshido branded Discord channel.

We have seen that most of the people on the Facebook Bullshido Group page are mental weaklings.

These are largely the people who support and cheer on the masked antifa weeinies causing real world vandalism and violence in the real world, through acts of masked cowardice.

Real matters requiring real execution fitness or rigor do not matter to them. Rather, the reverse is celebrated by that group.

The FB BS group is a honey pot to collect mentally weak web weenies, whether it was meant to be or not.

Coupled with a progressive politic favoring FB algorithm, this means that real world lack of natural selection fitness is turned on its head, and that web weenie behaviors that comply with the FB algorithm are what passes for artificial fitness in those simulated environments.

Which is clearly why so many non-progressives, have complained they are asymmetrically censored, and have started leaving the Facebook platform in general for platforms that are not algorithically enforced anti-2nd Amendment, not racist towards European ancestry, not asymmetrically sexist towards males, you name it.

We have a come a long way since the idea of even debate on Facebook, based on the merits of the debaters arguments.

There are clearly identity weights, and identity keyword weights that reward certain arguments, and punish others, that are artificial constraints, and not necessarily in sync with what might occur without those “invisible AI spirits” altering what is considered fit and what is not, from real natural selection.

I might call what is happening on FB, to be pithy, “unnatural selection”, or “enforced selection” that puts limits on those not in alignment with the central goals of the algorithm design from gaining reach or effective voice.

And making sure when the individuals not given artificial help and push by the algorithm spoke, half the room or better could not hear what the alternative point of view had to say.

Or, as I think about it, a real world analog that fits even better, is making sure that certain politics, political actors, and political candidates got better air time. Which was rather wittly mentioned by Warren Beatty’s Bulworth character, but in this case, the airwaves are not free, they are highly controlled to favor progressive political points of view, and censor the reverse: 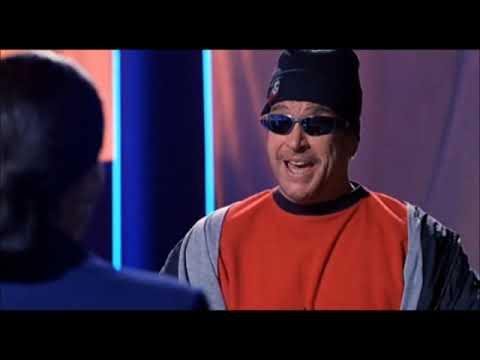 I would add, this is not really about Progressive Politics, Centrist Politics, or Conservative Politics.
It is about whether one platform, controlled by an elite group of super weatthy operators, has too much control over the airwaves, discourse, what gets awareness, influence, and what gets suppressed.

Even if one is in complete alignment with the politics of the day favored by Facebook’s algorithm, when the snake starts deciding what parts of its tail to eat, what goes around, comes around.

Regarding the Bullshido channels, that is of course Bullshido’s call.

However, it is noteworthy, how many power node attractions have occurred within the Facebook Bullshido group, that are lightweights mentally, mentally weak, of similar politic, etc.

This type of artifact outcome will happen again, and again, because FB, and the FB algorithm is driven not just by keywords that are determined as “good” or “bad” by FB’s internal political minds, but also the algorithm weights the speakers, based off of identity politics, as well.

And the implications regarding elections, lobbying, etc, have the potential for serious harms to any democratic process, or idea generation. It is simply too much power, over the airwaves, and at the moment rivals that of monopoly power in some ways, until other competitor platforms gain more traction.

For the record, are you, or have you ever been, a heterosexual male?

But seriously folks, the private FB group is a rat-hole. I rarely if ever post there, because, as @C.Gordon has pointed out, it’s turned to the exact opposite of what I thought Bullshido was supposed to be about.

Well, can’t say Bullshido hasn’t/doesn’t have it’s own sort of group-think, especially back in it’s hey-day of BJJ Jihad and ALIVENESS.

For the record, are you, or have you ever been, a heterosexual male?

Yes, it was a transition experiment while the new forum platform was being built.

It’s the perfect place for you, check it out!

The FB page is a car-crash of a group. It was so far left leaning the ghost of Stalin was being summoned up through the Matrix to lead its members to Utopia.

Like the guy or not, no one argued his stance against anti-fa, they just celebrated him getting filled in. Spineless cunts.

And the implications regarding elections, lobbying, etc, have the potential for serious harms to any democratic process, or idea generation. It is simple too much power, over the airwaves, and at the moment rivals that of monopoly power in some ways, until other competitor platforms gain more traction.

But seriously, the FB group is best avoided by old school or smart members.

Others here however, might find the group more, shall we say, better suited to them?

Antifa will be destroyed shortly. After I raided their headquarters, I stole their cyber command. They were basically building Skynet. Now I have it.

Who are you looking for and why?

Someone who needs some shit. Because a giver.

Serious answer. It’d be nice to know who of that ilk are in the vicinity.

I hope FB dies off in general.

It’s only useful for speaking with elderly relatives as of right now.

I dunno, talk to Exoo?

First it was MySpace. Then FB. You think the next iteration will be better?

I’m leaving out Twitter and all the others I can’t name because ignorant non partaking type. Of social media that is. Note I didn’t say sober type. Don’t want anyone to get any wrong ideas.

George David Exoo (August 22, 1942–May 26, 2015) was an Ohio-born Unitarian Universalist minister and assisted suicide activist. He was originally a Methodist and had a doctorate in music history from University of California, Berkeley. He became a Unitarian Universalist minister in 1973, but did not appear to be in ministry at the time of his death. He began his involvement with assisted suicide after a member of his congregation made remarks about a man he'd counselled who had committed suici...