garbage in, garbage out

When on the death bed, and all else has failed, if there is hope of an alternate treatment, most will opt for it. Such is the nature of humanity’s desire to live.

There is no charity or caring in denying a treatment that may make a person heal, or at least feel better for the remainder of their existence. Especially not when there’s evidence that treatment works.

(edit) There is also the consideration that, being potentially the most studied virus in the history of medicine, we are attributing symptoms that are not caused by the virus, simply because of concurrence. Certainly, it’s not argued that comorbidities don’t exist. Shit, most of the world didn’t know the word comorbidity, prior to the 'rona. Endocarditis, myocarditis, and pericarditis are all very similar afflictions, that present almost identically, which are difficult to diagnose, and have myriad other causes, besides 'rona.

Two words, Fen Phen. $13B in damages from off label prescription.

Two words, Fen Phen. $13B in damages from off label prescription.

@Lant3rn , this is the kind of thing that people fall prey to.
In 1996, 18 million prescriptions were written for 6 million U.S. Fen-Phen users.
Then the Mayo Clinic releases a study with weak methodology that states 24 Fen-Phen users had heart valve damage.
Mass hysteria and lawsuits out the wahzoo follow.
Shortly thereafter, three New England Journal of Medicine studies state the Fen-Phen dangers are low.
Another study out of Beth Israel, also shows the risks are low.
Too late, there is money to be made by the personal injury lawyer filth.
Meanwhile, there were and are 300,000 obesity deaths a year.
And regular morons like @ChaosmarineX mindlessly quote the $13 billion in damage soundbite, because they don’t know any better.

If only there was an agency that reviewed all the studies and provided consumer guidance.

Your numbers are way off. That drug combo was not causing heart valve damage to a lot of fucking people? Fuck off.

Was the lawsuit over the fact that the drug maker didn’t list the potential heart damage as a side effect?

It’s easy enough to read and make up your own mind, rather than follow the zero people here qualified to provide medical advice, including me.

Your numbers are way off.

This is how ridiculously stupid you are.
And it goes to show how stupid simple / naive link posting is.
Your link affirms my numbers, you ignorant jack ass.
Next time, read the link you post.

In 1996, 18 million prescriptions were written for 6 million U.S. Fen-Phen users.

From Dumbasses’s (ChaosmarineX’s) link:
“prescriptions for the drug combination topped 18 million in 1996.”

Then the Mayo Clinic releases a study with weak methodology that states 24 Fen-Phen users had heart valve damage.

From Dumbasses’s (ChaosmarineX’s) link:
“In August 1997, an article in The New England Journal of Medicine by Dr. Heidi Connelly of the Mayo Clinic, revealed her experience treating women with pulmonary hypertension and heart-valve abnormalities. “We report 24 cases of unusual valvular disease in patients taking fenfluramine-phentermine,” Connelly wrote.”

By the way, Dumbass, if you read that Mayo Clinic study, you would see that the study methodology and data did not have pre-treatment base line heart studies prior to treatment for those 24 women.

Meanwhile, there were and are 300,000 obesity deaths a year.

From Dumbasses’s (ChaosmarineX’s) link:
" a USA Today article on Oct. 14, 2003 (“A Nation of Obesity”) states that 65 percent of Americans are overweight or obese, with obesity defined as 30 pounds over a healthy weight."

You want stats? You lost 100% of your credibility with medical shit with me 10 minutes ago, and 100% of my attention.

No time for people advocating meds for off label use with petty shit talk, especially when it’s 100% contradictory with actual medical authorities. You are the problem.

JUNK SCIENCE: THE FEN-PHEN FUSS SHOWS HOW A PANIC – AND LAWSUITS – CAN KEEP...

IF you’re one of the millions of New Yorkers who follow the latest diet news, the past two weeks may have left you pretty confused. First, there was the study released less than two weeks ago…

Several of the lawyers driving the lawsuits were subsequntly convicted of fraud, including having knowledge their client’s had no health issues they were claiming:

A federal appeals court in Mississippi has upheld the conviction of a lawyer for swindling Wyeth pharmaceuticals out of millions of dollars over the diet drug Fen-Phen.

JACKSON, Miss. (AP) – Twelve people who received portions of a $400 million settlement with the manufacturer of the diet drug fen-phen in 1999 have been arrested and charged with fraud for allegedly lying about taking the drug.“These people were...

There were a bunch of these.

There was money to be made by filth bag personal injury lawyers, plain and simple, on flim flam weak study claims, that were later largely refuted in the subsequent peer reviewed medical journals.

Was the lawsuit over the fact that the drug maker didn’t list the potential heart damage as a side effect?

As you can see from some of the subsequent convictions of some of the key class action lawyers, and some of the plaintiff groups, the matter was regarding claims of significant and irreversible heart damage, many of which were proved later, in criminal and civil court to have been fraudulently made to gain and increase awards of damages from the class action suit.

But, you know, when there are personal injury lawyers around, and money to made, those fuckers tend to have the morals and ethics of leeches, and reptiles.

You need to grow up.

You want stats? You lost 100% of your credibility with medical shit with me 10 minutes ago, and 100% of my attention.

No time for people advocating meds for off label use with petty shit talk, especially when it’s 100% contradictory with actual medical authorities. You are the problem.

Bwahaha.
And another one bites the dust,
when they are exposed for insisting on doubling down on their incorrect soundbite re-posting and incorrect interpretation,
and the data does not really back them up.
I do sometimes love being a Data Scientist, and exposing this kind of Bullshido, to inform the general public, of those chicaneries.

Before I blocked that that dumb, limp cuck above just cited the New York Post

WTF I thought this site was unbiased. All I’m hearing so far is “lawyers bad!”, And Fen Phen doesn’t cause heart valve issues because lawyers.

Fuck all y’all, sitting around with nothing to do but nay say the FDA. Joe Rogan tho, he’s got the real info on Zinc, parasite meds, and shit. 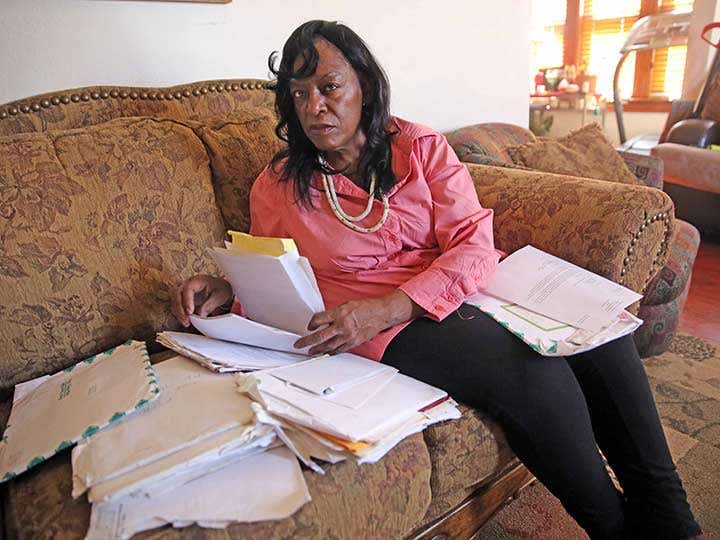 Fen-phen use was linked to heart valve damage, as these two cases illustrate.

Why are you getting so mad and worked up about it?

Why would you block someone on a discussion forum for writing something you don’t agree with?

He’s not harrassing you, or uttering death threats.

Either engage with the material written or don’t.

But whining about it and offering to no coherent insight you are even trying to understand the topic is lame as fuck. As well as ignorant.

Ironically, I do not watch nor listen to the Joe Rogan podcast.
Although, I have some seen of his Netflix stand up comedy specials, and I once saw him put someone in a glass box full of worms on a different show.

Fear Factor was a weird show.

Why would you block someone on a discussion forum for writing something you don’t agree with?

See, this is what I was describing before.
The “go to’s” are weird.

Fear Factor was a weird show.

Yes. I saw parts of one or two episodes, as when it was on, I did not have cable.

Aww you gonna pull his lame Facebook group shit too?

“Awww y u no listen to teh logics”

“Awww y u no engage” (see authoritative FDA links above, that’s all I need to engage, the rest of this discussion is utter sewer shit).

That clown got blocked because I’ve been watching. His whole deal is wait here feverishly til someone posts, he packs together a shit snowball of kiddie insults and his own OT bullshit like “Phen Fen no bad, lawayees baaad, you Stoopid!”. Yeah no thanks, dumb game, I pulled my qaurter out the slot with some string and tape.

Any one of you can fuck off and get emptied from my feed too, if you’re defending Joe Fucking Rogan or anyone rationalizing his bullshit podcast. Don’t care if it’s Alex Jones BS, Eddie Bravo BS, or Aaron Rogers BS led by Rogan. Just say the word, Mr. Maturity.