Razors - Weapons of Intellectual Self Defense in the Age of Bullshit

Have you ever been in an argument with someone who laid on the bullshit so thick you couldn’t cut through it? Well Bullshido’s here to help. This is the first in a series of articles we are putting together to explain the basics and the advanced techniques for Self Defense Against Bullshit. Our regular readers and Forums members have been employing many of these in their own battles against BS for over fifteen years now. But if you’re a new reader, or just interested in avoiding being someone’s mark/stooge/sucker/voter, crack your brain-knuckles and prepare for us to sharpen your shovel so well you can shave with it. And as a bonus, we’ve included memes you can whip out next time you’re arguing with an idiot. Let’s begin: Occam’s Razor Occam’s Razor, in meme. Occam’s Razor is the most commonly used of these, and that’s where we’ll start. You know it, you love it, you’ve sliced through so many bullshit arguments with it that Gillette’s suing you for unfair trade practices. But do you really understand Occam’s Razor correctly? Maybe not. William of Ockham lived in the 14th century, and in the original Latin, he stated: “Pluralitas non est ponenda sine…

Ironically, Occam was a religious non-scientist who used what would later be called his “razor” to argue that God exists because God was the most simple solution to the mysteries of the Universe.

Why make up all this complex science when “God made it” is the simplest answer. And if you note closely, this is exactly what religious zealots do, they throw out centuries of reason and logic and go with “God says so”.

I was waiting for that, LOL.

Don’t throw out the baby with the bathwater. 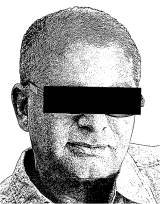 “Hidden meaning is the womb of irrational belonging”

That was a really mean joke