How many random martial arts questions have you made?

That’s kind of obscure outside of Pacific Islands. @hungryjoe Joe might have experience or knowledge of it since he has spent significant time there IIRC. Are any of you secret Filipino infiltrators?

done a little bit of this through an FMA group I tried out at for a few months. I’ll put it this way, I’d rather take muay thai or Kickboxing from a competant coach and do FMA for the weaponry. I didn’t reckon much is wrong with the striking per say, but it’s nothing to write home about and the focus on it is lacking compared to what you would get boxing or doing any other striking focused art.

Someone who wants fitness and to be able to do really cool looking shit, I’d suggest Xtreme Karate. Jump around and swing swords like a Jedi Knight.

If they want realistic combative ability my list would be Muay Tai, BJJ, Sambo, Judo, or boxing(interesting historical fact the first and primary h2h system of the Navy SEALS was golden gloves boxing blended with Judo, until a short stint with CQD, and now it is Muay Tai blonded with BJJ). 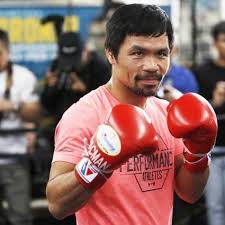 My martial arts experiences in PI were mostly buying weapons and staring down the occasional group of street thugs.

I did however do a copious amount of eating and drinking after or between business ventures.

Keep it up and we’re going to have to create a “PP Champion” tag.

What’s it to you?

My question was to the functional stuff, the stuff the Dog Brothers do seems interesting and functional for the street.

What’s it to you?

A question.
I would think that would be obvious.

I’ve sparred with some dog brothers guys and a couple of military types that trained it when they were in the Phillipines. From my limited striking knowledge it seemed legit.

They train live and spar regularly, that typically results in some level of effectiveness. Beyond that you would have to ask Crafty Dog or someone with more striking knowledge.

It is an elegant way to troll a fellow

Plus Paquiao is f’ing awesome.

Dude is a prince among men. Spends his money helping poor kids. Beloved by all. Man of the people, etc.

Wouldn’t “Filipino Boxing” just be… boxing? I get that Bruce Lee tried to market some fiddly-arm horseshit as “Chinese Boxing” back in the day, but they were still showing Charlie Chan films on TV back then.

I guess “American Boxing” would just be shooting people.

Would that we were all so vain.

Ok, again any striker feel free to correct me on this, but for me as a general rule, if you want to check out how “good” or not(from a combat level) is, watch the class. Are the techniques they are drilling showing up in sparring or does 5he sparring look like mediocre kick boxing.

I came to this conclusion watching some Krav Maga classes at a local club. You never saw any of the fancy techniques drilled showing up in live sparring.

Honestly if what you are training, whether it solo drill(Kata) or partner drill, if it never works against a fully resisting opponent why do it?

There are a couple of attributes development drills that are an exception to that, as they train and strengthen you to do something that does actually work.

At the end of the day a few bits of wisdom like that will help you answer your own questions.