Interesting.
I hope the actors win the suit.
The lady in particular, was young when that scene was filmed. 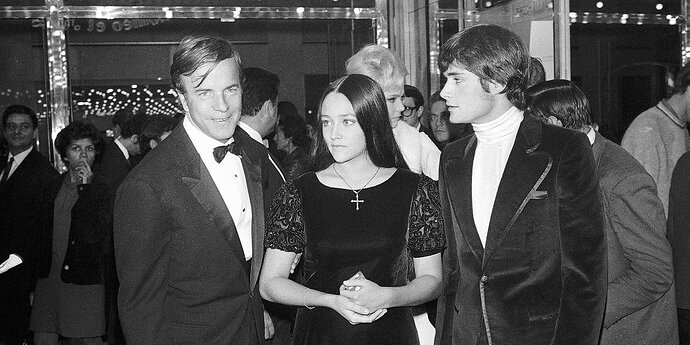 The two stars of 1968′s “Romeo and Juliet” sued Paramount Pictures for more than $500 million on Tuesday over a nude scene in the film shot when they were teens.

Kinda creepy how the teachers delighted in showing us that scene.

I don’t like the idea of raising something that happened over 50 years ago as a problem, now. It seems opportunistic, rather than chasing legal issues or morality.

It’s likely someone else.

What were the laws about such things back then?

Also I disagree. I don’t there should be time limitations of crimes involving sexual exploitation of minors.

I disagree. That is the whole point of statute of limitations. Making up shit an entire lifetime later does not provide for timely justice. It invites abuse.

True, but some types of crimes are better left open for prosecution imo.

Showing your tits when presumably your parents are signed off on it is probably not a crime. They contracted with the studio to provide talent, and they were compensated for the talent.

If there was a crime committed, it was the parents that allowed this to happen. And, they are most likely dead.

Yes I know. It’s a civil matter, not criminal.

Showing your tits when presumably your parents are signed off on it is probably not a crime.

I am not going to list them out, because I have no desire to promote them.
But, there is a long list of films studios somehow got away with making, and monetizing.
And it is a dangerous double standard.
I have very little problem with a financial discouragement to major studios filming children in sexual contexts, nude.

It’s ok if she identified as a male. Keep up.

With a PG certificate, in a more prudish age, it seems the censors didn’t see a problem with

Nor did I when I watched it as a teenager

I wouldn’t watch it again now, with hindsight

Yeah, people have been watching it for nearly 6 decades. So, spare me any sort of indignation. You didn’t flag it as abuse when you watched it, initially.

Compare the outrage of Cuties, that Netflix thing a while back.