Man whips out his penis in woman's locker room around little girls. Spa allows it, due to claim of transgender status. Protests on both sides result

That’s not what I mean.

There are people out there who see shit like this, and then brand everyone who is trans or non-binary as this kind of person. Historically, fearmongering over transwomen in womens bathrooms doing this and worse was a big part of push against us. This asshole may or may not be trans, but this is just giving ammo to the kind of people who would rather we weren’t here.

something some jackass POS did.

The obvious reason is it didn’t happen, but just seeing a trans woman gave them licence to go full religious biggot

The problem people have is exhibition of a cock and balls in a female only privacy space, or someone with a cock and balls committing voyeurism in a female only privacy place,
or the exhibition of a vagina in a male only privacy space, or someone with a vagina committing voyeurism in a male only privacy place.
These concerns are independent about whether or not the person is transgender, although obviously the issue is that people with these concerns do not wish to make exceptions for the transgender population unless they have had sex type reassignment surgeries.
Most crimes of exhibitionism occur not in bathrooms, but in public transportation areas, or parks, etc.
However, most crimes of voyeurism do occur in bathrooms, and changing rooms, although these days those crimes are just often committed with the assistance of electronic devices (cameras hidden or used in those areas).
None of these concerns are equivalent to malice regarding the transgender population, or the desire that the transgender population not be here, in most cases.
However, it is true, that mainstream Islam is an exception, and some extreme Christian groups are an exception, but those groups would take more exception to the fact that I am a public Atheist than they care about people being transgender.
If you and I went to Saudi, we would both likely be executed if I was public about being Atheist, and you were public as being transgender.
If we both went to Iran, I would be executed for being a public Atheist, and Iran would require that you has a gender reassignment surgery, and then Iran would be fine with you after that.
As far as an Extremist Christian group, they would consider my Atheism the worse sin, but if they were violent in nature, yeah, they might throw rocks at both of us, which is ironically exactly what Christ allegedly said not to do, but those groups and individuals do exist.
So, the central issue is, everybody wants to feel comfortable in a changing space.
Ironically, I have traveled to plenty of countries where the changing rooms and spas are nude, and at least on certain days, coed.
So, cultural acceptance of coed nudity or the reverse, is also a factor.

The obvious reason is it didn’t happen, but just seeing a trans woman gave them licence to go full religious biggot

You could repeating a speculative narrative, that seems to be incongruent with not one, but several independent eye witness accounts.
I would add, of three complaining ladies in the video, which included a white lady, a black lady, and an Asian lady, only the white lady and black lady made any religious reference.
The Asian lady who was at the cash counter simply expressed anger over the cock and balls exhibition and possible voyeurism issue, and was demanding a refund, with zero religious reference, and she was standing apart from the other two.

Perhaps you could post these other eye witness accounts for context

Did it occur to you that they didn’t have their phones where the water was or that their first thought wasn’t to film a man’s genitals near their nude children? Jesus. Is this the burden of proof? You had a camera, why didn’t you record the person exposing themself?

I think you’re making too much out of their religious preference. Should it come as much of a surprise that black folks tend to be highly religious in the American Midwest? No. That is not unusual at all. That is completely normal. That may be religious extremism where you’re from but here that’s standard issue for a whole lot of people.

If this person stripped off in front kids they should be on a list. Period.

Perhaps you could post these other eye witness accounts for context

Watch and listen to the two videos I posted more carefully.

I was in the bathroom the other day and these two people, obviously trans, were having a long extended conversation in the bathroom. I had not heard anyone speak in a public restroom in years.

Protocol, people. Learn the culture and protocol. Nobody talks in the men’s room.

So you would prefer transgender guy with the young boys?

Come on, you’re better than that.

Grown men should not expose themselves to children in any scenario.

It’s a change room. What do you think happens? 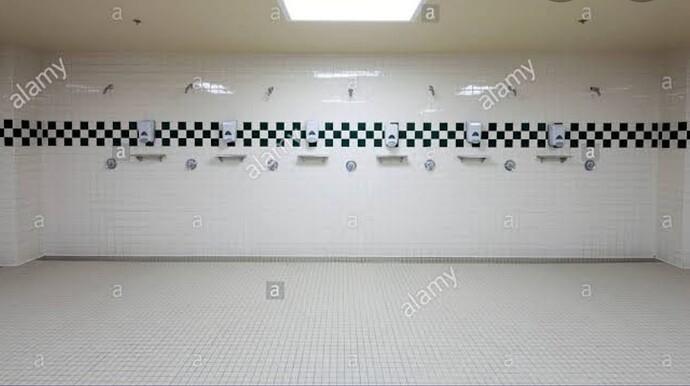 Jesus Christ, think for a minute about what you’re suggesting.

Is this some kind of word play that you are blinding yourself with?

Do you really think it’s just fine for a biological male to enter an area with women and children present and expose their penis around by surprise? This is all magically OK because the offending party claims to be a transsexual?

Under no circumstances should that be allowable.

I’m sure there isn’t enough data to make a conclusive argument but I’m willing to bet that this holds true for all females, biological female to male trans persons as well, until proven otherwise.

Edit: I’m not a TERF, nor a bigot unless it’s suddenly bigotry for a redneck white male to immediately distrust all other biological males. That’s just common sense. I don’t have a blindspot for women either, I just put them at a lower priority on the threat index than men for reasons that should be obvious to anyone with a brain. Trust no one until verified and even then keep a close eye on them regarding the most sensitive matters of vulnerability. Until proven otherwise, it is common sense to assume that all XY persons are prone to such behavior by virtue of biological instinctual programming vis a vis genetic predisposition as suggested by the historical record and aggregate crime statistics. If your social agenda dictates otherwise the burden of proof is on you to prove that those XY predilections are no longer present and at what stage of transition they can be considered extinct.

Under no circumstances should that be allowable.

It really depends on the culture, and whether there is consent and expectation of privacy in that regard.
In some cultures, co-ed nudity in spas, etc is quite accepted, but even then, there is generally well managed expectations and consent for same.
I am speaking about situations with adults.
I can’t recall being in a co-ed nude spa in say Germany, or Asia, or the Scandinavian areas where children were also present - but that may happen, as my travels to those places, were by no means all inclusive.
And of course there are indigenous regions, where not alot of clothes are worn by anybody, period.

Notable exception. Co-ed with consent is a different matter entirely that hinges on the word consent.

In what world is it okay for a person, identifying as who gives a shit, to show their opposite sex organ to a group of young girls or boys?

This shit would be prison time except for the idea of gender identity, whose rights trump whose ideology and where we go from here.

Were I to go outside and proclaim my property as a spa, pull out my dick and say “I’t okay, I’m a woman.”, I’d go to jail as a pervert and have to register as such upon my conviction. Probably for life.

This is bullshit. Call me a homophobe if you will. Hell, I’m a lesbian. Throw me in with a couple of others and I’m in hog heaven.

I do remember showering at the local swimming pool as a child. And adults being naked.

This wasn’t co Ed though.

Did any of them take their hard cock out in front of you and your mom? Because if they did I’m pretty sure they weren’t there for the hot water and convenient hygiene.

A no penis rule is clearly needed.

Doesnt seam that this would infringe too many rights.

Once you have made full transition then sure go in the room .

My friend who transitioned now has no penis and big female breasts.

I doubt any CIS female would feel anymore threatened by them at present than they would any other slightly manly looking women.

Fair rule. If you got junk, you gotta go the junk yard.

Ok. So we are back to putting the guy in the boys change rooms.

And look. I don’t want to jump to conclusions but the attracted to men guy?