Magical Thinking and the Minimum Wage

A topic of some debate is President Biden’s (not really his) Federal Minimum Wage Hike to $15/hour.

This topic has been the darling of the Progressives for quite some time.
This National Review Article applies the Big Stick of critical thinking the the topic.

After Seattle’s hike in the minimum wage, low-wage workers are earning less money. That economic outcome is predictable.

While it will lift some from poverty it will kill the jobs of more. Minimum wage was never intended as a living wage. It’s a first step. Doubling it now will kill many small businesses. The cost will be passed onto each and every person via raised prices. 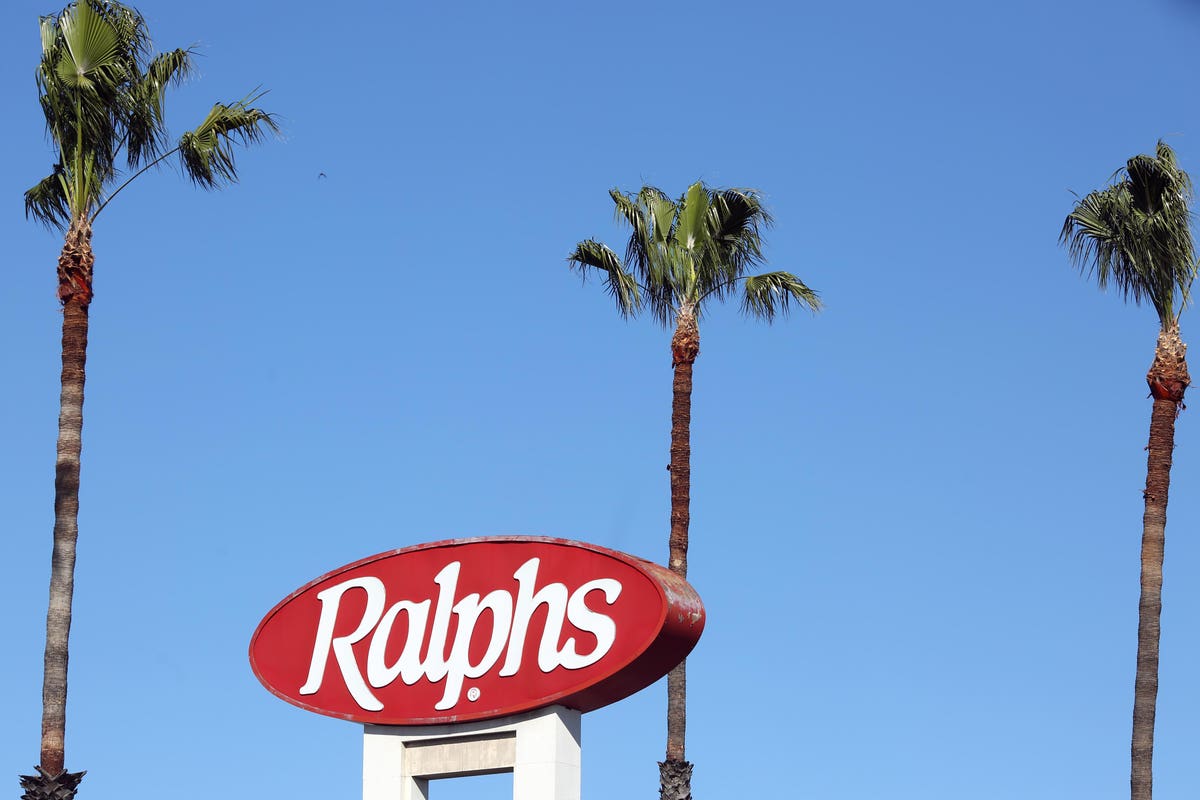 To get a sense of the unintended consequences that would stem from President Biden's proposal to more than double the minimum wage, one need only look to the hundreds of grocery store workers in Long Beach who’ve recently lost their entire income due...

In away, raising the minimum wage could be seen as basically surrendering on trying to improve the economy and economic equality maybe?

You can bet vote buying is part of the equation.

What is “economic equality”?

What is “economic equality”?

I think it means, everybody makes the same amount of money?

Existential is a current buzzword. Until you add the ism suffix. Then experience comes into play.

It definetly is critical but I don’t know about thinking.

All of his links just go to other editorials. He does not back up anything he is saying. It’s all conjecture.

Figuring ways to kill other’s jobs has proved to be fairly lucrative over the years. As the cost of wages, benefits, compliance with regulations and other rise, companies seek ways to maintain profits. Some send the manufacturing and assembly work out of the country. Other’s invest in automation. Many, a combination of both.

What costs can’t be cut are usually passed onto the consumer.

These aren’t the small mom and pop’s. They often have to drop employees, cut back hours or outright close their doors.

That’s all and good, but tie it back to a minimum wage please. concrete examples would be appreciated.

I have got a head scratcher for you.
Since the unemployment spike after the 08 financial crisis. Ontario has raised the minimum wage twice. From 7 to 11 then 11 to 14 an hour. Unemployment has been dropping year after year. Mean income has outpaced inflation as well…

For anyone that wants to read a less editorialised article about the study. With input from one of study’s authors 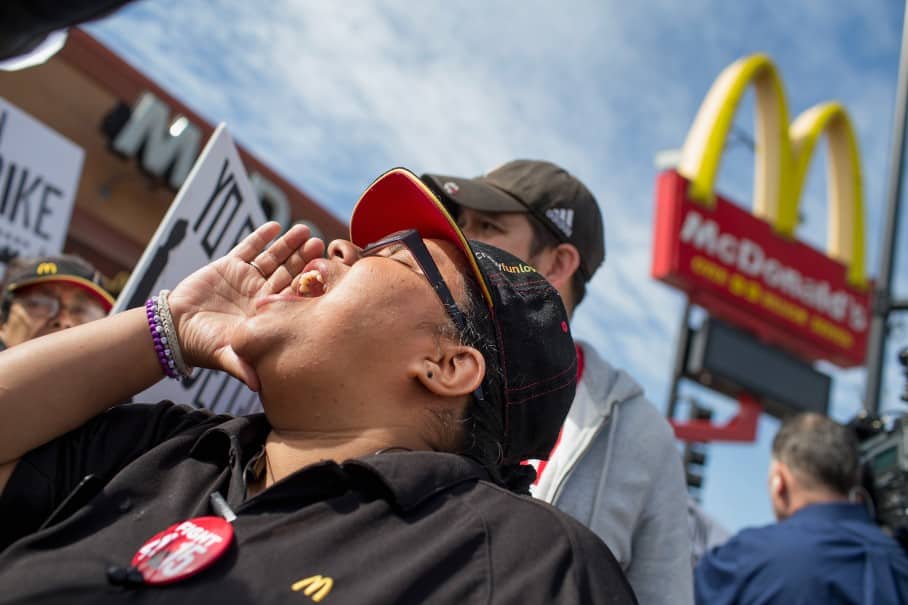 Seattle officials wanted to help poor workers when they voted to boost the minimum wage, but a new study says they may have done the opposite.

Minimum wage is/was intended to be a first rung on the employment ladder.

There’s a huge difference in cost of living of say states on the eastern seaboard or west coast vs Oklahoma. I’m using Oklahoma as that’s my home. Understand that anything I post on the subject is from experience looking back over an extended period. Disclaimer…Not an economist nor have faith in some who claim otherwise.

As the cost of doing business increases here in a global economy, companies adjust. Wages are only part of the equation. Add a doubling of the minimum wage will effect inflation. It will also entail the loss of jobs of those making more than the minimum wage.

Then there’s corporate greed. I’d guess a rather minimal amount of workers making minimum wage work for large corporations. The small businesses though would be hit hard by a doubling over a short period.

I’ve bounced between the decades of having been on the production end, the means to produce via tooling, traveling to other countries to outsource tooling and production to designing and implementing automation for factories.

I started at minimum wage working as a teenager. I do think it should be increased. A doubling of the Federal minimum is going to be problematic. It will cost jobs. Many.

Is Ontario’s minimum wage the standard for Canada?

The standard, no. Every province sets there own but I believe they are all fairly close to each other. it’s actually 13 an hour if your under 18 here if I remember right.

The increase in the minimum wage here didn’t seem to increase inflation or raise unemployment. And we are not the only case study of this.

I don’t know of anyone who makes the minimum wage here. I’m sure they’re out there. Fast food starts above that. A job typically taken by youngsters or those illegally dependent upon the owners of the franchise. Again. Minimum wage is supposed to be the first rung on a ladder.

Given that, if I remember correctly, $3.25 was what it was in the late 70’s. A definite increase is warranted. Doubling though in a short time will have ramifications.

As important or more so. Why has the cost of living increased to such heights in some states, more so than others? Property values being in the front. Taxes too. Why does a gallon of gas cost so much more in the western and eastern parts of the country? Electricity? These issues and more should be a part of the discussion. There are a relative few making $7.25 / hr. What about those making more but still having a problem with making ends meet? Gentrification. Homelessness. Addiction. Don’t want to work. These are but a small sampling of problems facing those struggling today. Unemployment should be ranked up there. Doing this through “reconciliation” of the budget process is not the answer.

A doubling of the minimum wage, pushed through by political fiat is not the solution.

It’s good to have honest dialog.

A little spit balling here. This is exactly the wrong time to be increasing the burden on small business. We’re in a pandemic. Hopefully on the downside given there are vaccines in play.

Much of the country has been on shutdown. Many have closed their doors forever. Couldn’t withstand the wait. Of those surviving, in many states, there are relaxed mandates. 25% capacity where earlier even outdoor was forbidden, despite the science. How many of those hanging on, given the recent ability to open at 25% capacity can adjust to the increase in the cost of increased labor? Again. Most of these people do not make minimum wage. Somewhere in between.

Small business is a driver of the economy. This is not the time for another government mandate framed as a driver of pulling people out of poverty. It is guaranteed to buy votes.

Joe X - “Yesterday I was making $13/hr after working for the company for a couple of years. Today, Joe Y is making the same as me. For pushing fries through the drive through.” 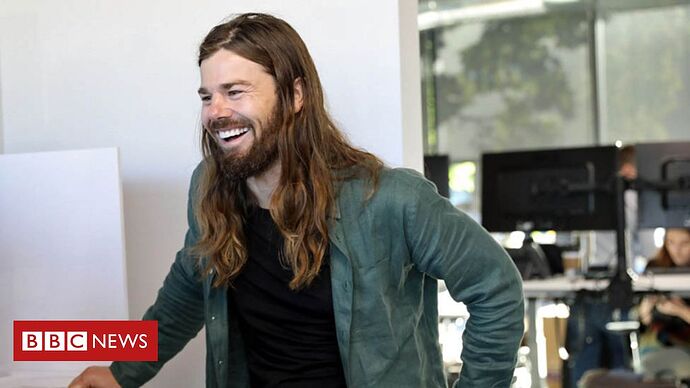 The boss who put everyone on 70K

A tech boss introduced a $70,000 minimum salary for all his staff - by cutting his own wages. Five years, on he has no regrets. 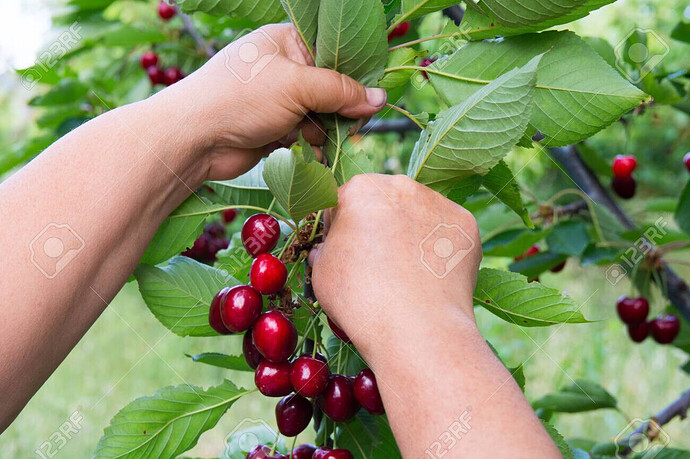 You seem to spend a lot of time outside looking in.

Problems on your side looking in?

I hear you have some serious supply side economics. How’s that working out for you?

I would also like to try a maximum wage 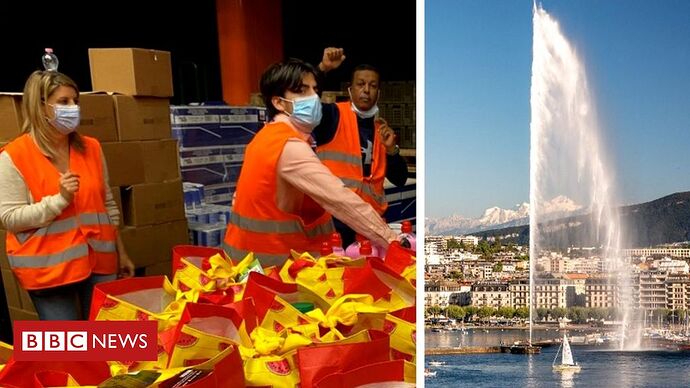 Geneva: Why the world's highest minimum wage was needed

Geneva is very wealthy, but not everyone is rich and now it has the world's highest minimum salary.