Local and State governments make it illegal for homeless people to sleep in tents, or be homeless 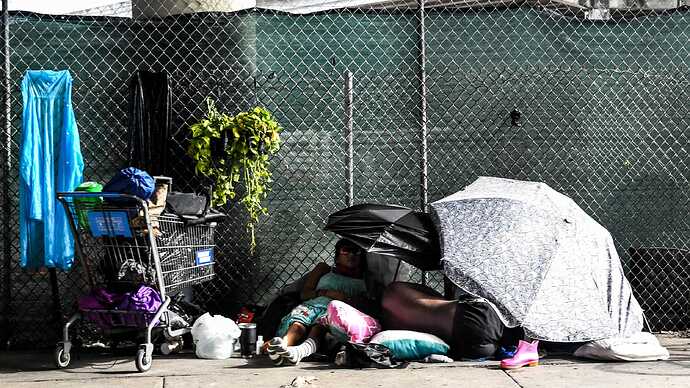 As the number of people experiencing homelessness increases across the country, more cities have passed laws making it illegal to sleep in public.

Honestly I’m torn on the enforcement of ordinances against the homeless. Generally, I favor less control from the state over the movement of citizens, but there are clearly homeless populations who have threatened the safety of people and businesses who live nearby. The correct approach would, of course, be to target the cause of the homelessness. But for most of them it’s a drug addiction or mental health issue and doing something about narcotics is becoming less popular (for certain political reasons unrelated to homeless people) and there’s no political will to commit mentally deranged homeless people.

It may surprise you to learn that it is a lifestyle choice, for many of them.

It’s the same in the UK, there’s a misconception that there’s not enough social housing or shelters for the homeless and more need to be built.

In reality most homeless choose to be there through poor mental health or substance misuse and the government can’t or won’t tackle the cause, only the symptoms.

What if you wanted to have a nap in a state park?

Do they not have camp sites set up on public lands, like state parks?

Don’t worry, you’ll get your marching orders on this soon enough.

Thinking for yourself is hard. 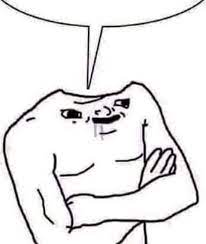 Currently homeless. Definitely not a choice.

Nor am I on drugs. I wish. Totally capable of working in my field too.

Ironically, I then stumbled into a fuck ton of drugs and spent my morning basically nodding. Next I’ll test the drugs for fent, then report back to the owner that this is what’s been causing the ODs in the club. Then I’ll leave it to him to decide what to do about the fact that the drugs came from the cops crew. They were planning on selling it in the club, which would’ve caused an OD per.

They get held, stabilized, and then adjudicated “normal”, let out, and then usually end up off their meds, back to self medicating, and committing crimes again of one sort or the other. Or ODing and dying. Especially with all the Fentanyl out there on the street today.

Even the ones who really try hard to stay clean fail multiple times.

Nobody really wants to devote the resources to the issue. I mean, sure, you have the virtue signalers and all that, politicians and otherwise, throwing money at it, but, I wonder if there is enough real money to make much of a dent.

Its not a resources thing. They legit aren’t trying, because psych is psuedoscience. When I was in there was no cognitive testing done at all, no neurological testing done at all, and not even the slightest attempt to know me to even have a basic context for who I am and how I think. FFS they wrote that I studied “resilient” jiujitsu.

When I asked how they could tell what claims were true and which were false without even checking (quite the superpower there), they got busted running a keyword scan. For example if you mention you’re stressed because the FBI is after you, thats automatically a delusion, which should clear up with some drugs. You insist they’re actually after you? Now you’re REALLY crazy. The feds were basically after me after I interrupted a hostage situation with a laser. With fake science like that, OF COURSE they can’t treat people. On what basis? The science just isn’t there.

It’s embarrassing that they get away with fake diseases as well, when in any other field they would be held to actually identifying a bacteria, a virus, a physical or genetic defect, or SOMETHING.

Forensic psychiatry isn’t quite as bad, as they’re thorough at least in trying to understand a person. The most chilling moment of my life was when the forensic psych found my posts. “So, I found a lot of your posts on the internet.” She waited like 10 seconds to see if I would spaz or something and then was like “Yeah, they ARE out to get you.” and set me free. Turns out a thousand people rampaging through your career while yelling “Your life doesn’t matter” is in fact something that normal people find distressing. It seems to me that they should’ve STARTED with finding out who I was before doing literally anything else. But yeah, imagine a system based on fake science not working well in real life. Whoda thunk?

In another incident, with the “resilient jiujitsu” quack, I explained that BJJ was essentially a cult and that I was surrounded by weirdos. I used “the android philosophy” as an example of this. If you look it up, this was taught by Irvin, not imagined by myself. So we move on to legal issues. “Whats a witness.” Someone that has seen a crime. “If you were to be given meds, would you be compliant?” This was before I realized that they were all frauds. I’d assumed I’d had a couple bad experiences is all. I responded, hey, of course. Nothing wrong with the android philosophy. Which had he been listening, he would’ve understood to be about complete compliance.

So we get to court and dude has written down that I think a witness is a type of android. How is that medicine?

Edit: Plea bargain that is. He placed my response to medical compliance in a question regarding a plea bargain. Then he stated that I wasn’t competent to stand trial largely because I don’t take plea deals.

Here he tries to pass off unfair and illegal treatment by the police as a mental disorder, as well as the obvious bias against black men when it comes to incidents where white women are injured. You’d have to be insane to believe that you DO have equal rights in court.

Its not a resources thing

Correct, sort of. It’s a resources allocation thing. I fight this daily, in my job, and I usually lose. Congresses make the budgets, and there’s only so much you can do with so little money and time allocated.

At the center of the issue is that it doesn’t generate comfy sinecures that allow you to have a nice sounding job title you can tell your college friends while doing basically nothing. The programs that do get money allocated and people (read: politically aligned janissary class types) hired are programs that

No liberal janissary wants to risk dealing with a violent, mentally deranged person who needs medical and psychiatric care. And the money flows to the programs ran by and for janissaries.

Take this exchange for instance. Thats what happened, but you see it presented as if the psych has some special knowledge that its false. He cant even realize that he misheard “resilient” and that its the same word used in every other instance. The court is just supposed to trust him, science and evidence unseen. Thats BAD. That can’t help ANYONE. They literally decided that instead of attempting to heal the damage that they’d deny it even happened and then attempt to drug and beat me into denying it as well. Thats how psychs behave and why patients hate them so much. It took them TWO YEARS to realize the army of stalkers was the cause and not the symptom. Thats gross incompetence and lacks even basic effort. 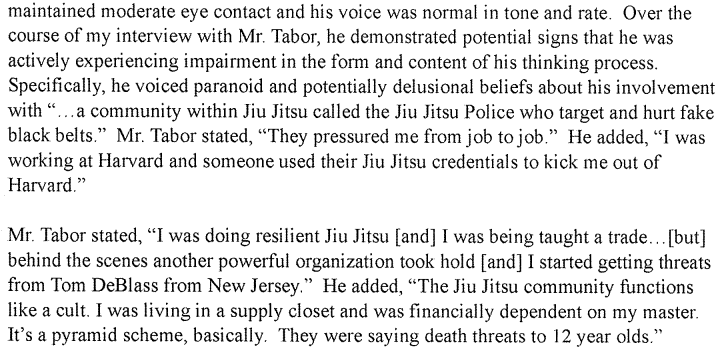 Ironically, the next great thing I did was save these morons from Evergreen, a psycho killer who wanted to kill psychs.

Its not a resources thing. They legit aren’t trying, because psych is psuedoscience. When I was in there was no cognitive testing done at all, no neurological testing done at all, and not even the slightest attempt to know me to even have a basic context for who I am and how I think. FFS they wrote that I studied “resilient” jiujitsu.

Example of one, right.

I am truly sorry you got treated that way, though.

You also have to realize how you often present here, and if you are doing the same elsewhere, people may not understand where you are coming from.

Example of one, right.

There’s an entire anti-psychiatry movement actually. I’m just sharing my experience because I do have experience in the subject matter and it makes more sense for me to tell my story than to talk out of my ass about the concept in a generalized, ignorant way.

You also have to realize how you often present here, and if you are doing the same elsewhere, people may not understand where you are coming from.

My guy, one dude was just talking about chopping my grandma up. Perhaps the community has the problem. I’m actually a great guy when I’m not being robbed. Regardless, nothing gives anyone the right to make up facts. That’s what this guy did. That’s what IBJJF bots do. I don’t know where people got it into their heads that they can just make shit up about people and then go and tell other people. Thats insane.

This guy was pissed because the case was basically a bunch of psych workers committing half the crime. And he’s a psych worker. And he can help erase their crimes with his evaluation.

And being deeply concerned about the actions and intent of another who openly states that they want to hurt you isn’t paranoia. That’s common sense. Call up your local psych talking like people talk to me and see how quickly a SWAT team is outside. Hell, try it at your local bar and see if you make it back alive. Or even just to my face, and see how that works out for you. Unacceptable behavior. The psych should not have presented my anger and concern as evidence of illness. It’s unscientific bullshit. That’s why I was released without changing my story. They changed theirs in the face of the evidence, which they gathered a few months later. Which is why I give forensic psych some credit. They’re not allowed to try to treat you while being ignorant. That SHOULD go for the field in its entirety. Then I’d see the potential for good.

My guy, one dude was just talking about chopping my grandma up. Perhaps the community has the problem. I’m actually a great guy when I’m not being robbed. Regardless, nothing gives anyone the right to make up facts. That’s what this guy did. That’s what IBJJF bots do. I don’t know where people got it into their heads that they can just make shit up about people and then go and tell other people. Thats insane.

I think you are a great guy, dude.