And what better way to start a reasonable, tactful discussion than to compare IQ scores across countries using a cartoon:

But wait! This is based on a controversial 2002 book, “IQ and the Wealth of Nations”, which has been essentially shredded by other academics, for a whole host of reasons. Example:

"For instance, Lynn and Vanhanen (2006) accorded a national IQ of 69 to Nigeria on the basis of three samples (Fahrmeier, 1975; Ferron, 1965; Wober, 1969), but they did not consider other relevant published studies that indicated that average IQ in Nigeria is considerably higher than 70 (Maqsud, 1980a, b; Nenty & Dinero, 1981; Okunrotifa, 1976). As Lynn rightly remarked during the 2006 conference of the [International Society for Intelligence Research (ISIR), performing a literature review involves making a lot of choices. Nonetheless, an important drawback of Lynn (and Vanhanen)'s reviews of the literature is that they are unsystematic.

So while the video is… cute… the data it is based on is suspect if not outright garbage. That hasn’t stopped people from returning to the dataset to justify all sorts of arguments, some of which are straight up racist bullshit.

For anyone who delves into such discussions, especially on academic channels, discussion of variations in intelligence itself is tantamount to racism, which is bullshit from the other end of the spectrum.

So sharpen your shovels and feel free to dig into the respective piles here. 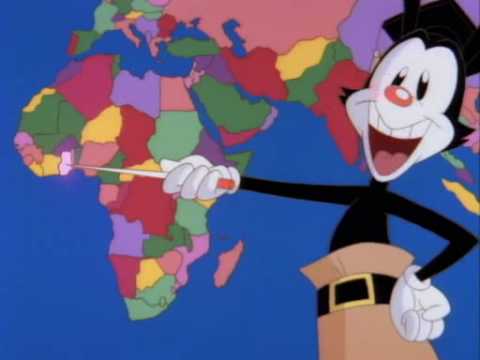 Keeping this short because I need to start work now in order to have time to squat before dinner and drinks.
Two things: The Flynn effect 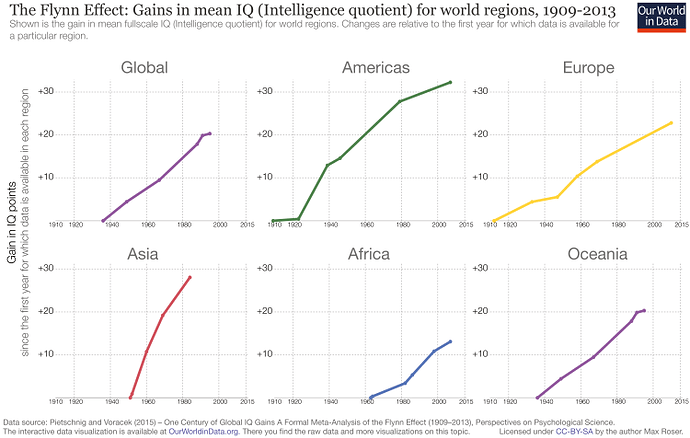 Intelligence might me defined as an ability to solve problems through rational and self aware abstraction, whose ways could be transmitted through a language to any other intelligent being.

I wouldn’t agree with, for example, ant colonies to be intelligent, or dogs, or dolphins…

Anyone who attributes differences in intelligence to race is probably very bad at science and, from my experience, almost definitely a racist as well as being very stupid. There are too many variables in play to have effective controls for experimentation. Any study that seeks to do this is also almost guaranteed to be funded by a group with an interest in falsifying the data to support their their own biased agenda.

Rather than engage in such foolishness, one would be better off studying the overarching differences in recorded results which may be attributable to things we can change rather than things we cannot change.

So what are we arguing exactly? IQ test is only good for a few things: trying to establish if someone is intellectually disabled, holding it as a status over other people, or being able to show your IQ card along with your deadly hands card.

Other than psych testing for certain reasons, someone’s IQ is way less relevant than their adaptive functioning. If you have an IQ of 70 but can work a stead job, pay your bills, and feed yourself, it doesn’t really matter.

Most people are of average IQ, obviously

Most people are of average IQ, obviously

That’s not how statistical analysis of demographics works and not how averages work specifically.

Analyzing someone directly for what we consider the properties of intelligence is impossible to accurately do with existing technology.

The belief that qualities of intelligence can be tested and how much valuation we place on those things is part arbitrary nonsense and part designed by the testers to flatten the curve into easily understood but increasingly incorrect assumptions based on the needs of the authors to convince their paymasters that their work isn’t garbage.

I noticed that some of the numbers in the original post had country averages below 80 IQ points. Since the US Army (per Jordan Peterson) doesn’t accept recruits at this level because it can’t train them to do anything useful, I think that the study collapses under its own weight. Regardless of how illiterate the population of a particular country is, assuming that roughly half of the population is not simply below average but full or borderline retarded, indicates serious methodlical flaws to me.

On the high end the Japanese, Korean, and Chinese populations are up at the 103-104 IQ points level, which is only 4 points above “average”. So thinking the bottom is so much lower, is highly questionable IMO. 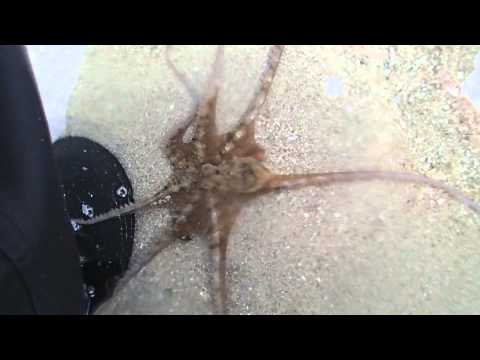 Sorry if this is seen as a derail but I think evolutionary intelligence has a strong link to self awareness and the need for community building. I’ve read a lot of stuff on octopi showing very odd behaviors that are typically characterized as potential intelligently orchestrated demonstrations of physical affection and bonding moments.

To give some context, that octopi was dying of oxygen deprivation and it’s gill lungs had failed. Octopi breathe actively with their gills and through absorption of oxygen through their skin passively. By placing a near death octopus in fresh oxygenated water, it will likely begin breathing on it’s own. That’s why it was taking those huge breaths that can be seen before swimming over to the guy’s shoe where it continued to gulp down some more air and then run off.

Octopi are clever enough to understand that another creature helped them do something. the extent of it’s self awareness may be in question still but it’s problem solving can be extraordinarily advanced and it can recognize and remember different people about as well as a dog.

There are many kinds of intelligence.
Our abilities and methods to assess them, are primitive, not much better than tea reading, or horoscopes.
And human beings remain remarkably gifted, at predicting the future, or human potential, worse than random coin flips.
Not much better, than predicting the weather, or climate, and we have proven ourselves to be rather horrible, at that.

Some people like to brag about their IQ regardless.

Weather not so bad. Climate, well, it takes time.

I suspect there is some sort of bias built into them against SLFs.

The question is: by what metric are IQ tests determining intelligence and defining it in the first place?

s: by what metric are IQ tests determining intelligence and defining it in the first place?

There is the rub.

An IQ test is advertised as a test of one’s cognition but a pencil and paper written test will never be able to deliver an accurate measure of a man’s true cognition. We didn’t spend most of evolution with those tools. An accurate estimation of a human’s brain power can scarcely be measured by their use of such recent innovations.

It can only deliver an accurate measure of a person’s ability to take a similar test using similar tools in a similar way.

A written IQ test is just a puzzle testing a primate’s ability to decode a lot of little shapes on a piece of paper that we call letters and numbers according to a standard that the testers rely upon existing. It does not test a man’s ability to read another man’s expressions, inflection, the melodic numerical flow of sound, visual acuity, potential for danger, deception, predation, modeling the behavior of others or the ability recreate or recall a thing to our other senses.

A test of a man’s cognition that doesn’t engage the way we evolved to use our senses in the physical world around us, those things for which our brains were evolved to do, is only really just a limited impression made with a skewed aperture into a person’s true intellectual ability.

Furthermore, one slight shortcoming, differences in the common tongue’s interpretation, affects the outcome and can produce a subsequent river of falsely derrived errors. Like say, a southern kid who knows the local rural parlance but is less accustomed to the cadence of inquiry and colloquialism of the East Coast ivy league. Slight differences in trained interpretation can produce variances; the interpretations of those tests must be looked at closely as well to eliminate confirmation bias in test givers and test designers.

There’s so many things that can go wrong.

The typical metric is memory, reasoning and verbal interpretation. Those last two especially seem misnamed and fundamentally flawed… as well, people remember things they are most often accustomed to more easily so it becomes important that tests of memory involve something everyone is highly familiar with or as novel as possible to insure truly accurate results.

For example, I can remember all the words to hundreds of songs, including rythm changes, number and order of notation, pitch, tone, etc. If you were to give me a problem that involved memorizing such things without the context of familiar language of music then I have no doubt I could never replicate such a feat of memory as what my brain does automatically when passively listening to good music.

Did you know the actor that plays Gene on Bob’s Burgers was a special ed kid that people labeled as having low intelligence? He writes most of his own material and if you enjoy the show, you can see just how cunning and clever he really is.

Ryan Reynolds failed his highschool drama class and was expelled from highschool for a harmless prank. All of his brothers were also expelled from the same school. We’re taught that such people are defective.

The limited aperture of academic measure tells us that these people just don’t measure up. We have allowed ourselves to be deceived. The ivory tower of academia has many cracks in it’s foundation.

The limited aperture of academic measure tells us that these people just don’t measure up.

Many, if not most academics have no business teaching.
They just couldn’t successfully adult outside of school environments.
So, they got jobs at schools and universities.
And sadly, what they teach, is often that infectious trait.
Thankfully, some students are resistant to it, even after being forced into prolonged contact with it.

I was continuously told through my education that I would not amount to anything because my best subjects were Art, Languages, Phys Ed, while I was decent with sciences I struggled badly with maths as a side effect of dyspraxia (disorganised thinking process) and was ridiculed as having no ‘viable’ skills and that the jobs I would get would have ‘no money.’

Yet I’m somehow one of the only person I know from those days whose life didnt turn into some significant shit show besides that and other setbacks as well as a mortgage-free homeowner with a better work life balance than most I know. So I can honestly say a lot of school teaches us to prioritize the maths and sciences as ‘the smart, success subjects’ and go downwards in a tier list with humanities and creativity near the bottom.

Funny how that works out. A little artistic talent applied in the right place to fit a market need can take you places. Honestly, my first real taste of money above minimum wage jobs came from flipping cars and the more I thought about it, the more I came to the conclusion that I was basically just doing the shop class version of arts and crafts.

I didn’t even set the schedule. I let the mechanic set the schedule. I just showed up to smile and look goofy enough to be trustworthy. My size was a big help too. I’m a small fella. 5’1". That’s like 1.55 meters or something. I can climb around in or under a car and get to places a lot of bigger guys need to remove seats or put the car on a lift.

How often people forget that creativity is needed to, you know, create products and services that people can use for pleasure, making life easier, anything.

“Artistic talent” is quite a narrow skill set

Creativity is the general skill that can be applied to any area, including art

Kids should have their creativity nurtured by the education system

Kids should have their creativity nurtured by the education system

Most education systems will do the opposite, even if trying / designed / committed to foster creativity.