IBJJF: Lets do it right

Anyone wanna do this right? We should do a real unbiased investigation into claims of fraud and into claims of rape and pedophilia. They have an abnormally high number of both going on. LMK.

This will be treated as a MABS thread. Don’t make me bitch-slap you for going off topic or trolling (general you, not Osiris) 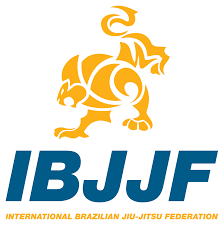 One of the claims I have heard, over the years, is that GB schools are used as a front to expatriate Brazilian BJJ professors into the US - get a visa, gainful employment, foot in the door kinda thing. It’s only been a rumor I’ve heard, but if we’re diving in, I think that deserves some attention.

That is true. DHS flagged them a while back. You’ll sometimes see suspicious black belts from Brazil that know little to no jiujitsu, but have a BJJ black belt and papers from Jr. I need to finish the investigational framework before we get that far though. That may take as long as two weeks or so

Is that really unethical behavior? I mean, if they come here to teach people BJJ thereby providing expert service to the community that people are willing to pay top dollar for, I see that as a net gain. By all means Brazil, send us your strong men to teach our youth to be strong as well.

It’s not like we should mind if Israel starts sending us all their physics Professors or when another Indian MD starts working at Mt Sinai.

It’s only a problem if they aren’t really here to do any of that stuff, are incompetent in comparison to their credentials or some documentation is fake.

They are buying the credentials needed to get here as opposed to earning them.

This was huge in Dubai because at one point a few years back Dubai was offering anyone with a blackbelt a certain amount of money (i dont recall how much) to come and teach BJJ there so a shitload of lower belts got promoted and sent over.

Ill try and dig some info up on this.

I was offered a double six figure USD salary to teach in Dubai, by parties that I had never met, and that had never met me personally.
I think in the case I mention, they may have just went through the IBJJF certified black belt list, and solicited all the higher ranked black belts from that list.

Here is an interesting article from this era about neighbouring Abu Dhabi who were doing the same thing at the time.

“You will earn a US$4000 wage with extras, a health plan extensive to your family free of cost, a fully furnished flat to live with your family, free of charge. We will open a bank account for you to receive your wage, give you a loan at no interest so you can buy a car, and mind you a car costs half of what it does in Brazil and gas is very cheap”

Sadly from what I have seen they were not overly successful tempting other high level bb either.

They got some but despite popular belief most people are happy living in their country of birth regardless of financial incentive to leave.

A jobless white/blue/purple belt from the favela however…

Got it. Yeah, that’s pretty much a worst case scenario but totally sounds like shit that people do.