Told you. And they WERE in DC. The Exoo group was responsible for a series of terrorist attacks throughout the country, including Boston. It should also be noted that the kill on sight orders she’s talking about aren’t real. Not for her anyways. If Exoo turned up in the field during a battle, he’d almost certainly be killed. 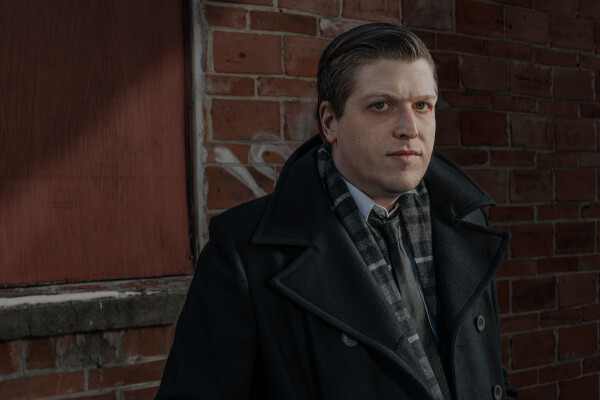 Embedded with the team of anti-fascist researchers and activists who infiltrate and expose Proud Boys, neo-Nazis, militias, and other members of the violent far right

Lots of talk about de-escalation of violence

Have you any evidence about the involvement in terrorism ?

He’s the guy that ordered the Boston attacks. Sent men to Portland, to Rhaz, etc. Hunted cops all over New England. He’s literally the leader of Antifa, as they mention in the artocle.

Told you. And they WERE in DC.

Otherwise, it doesn’t really link them to much. Certainly not ordering attacks or terrorism of any kind.

Check Exoo’s twitter. @antifashgordon It links them to a LOT.

I don’t do twitter anymore. Social media has become so damned invasive that I don’t want much to do with it.

Well, thats where the evidence is.

He attacked Boston from New York.

Can you prove that? What evidence do you have that he organized attacks? So far I’m seeing a lot of accusations levied at Antifa but I haven’t seen any actual evidence of anything other than showing up on the same day that known criminally inclined organizations show up. If showing up to punch it out with neo nazis is the extent of their activities then I just don’t see the big deal.

You’re kidding, right? They used John Sullivan’s footage as part of the prosecution.

Was this already a criminal case? I don’t really follow the violent political wacko news much. If it doesn’t hit the front page, I generally have no idea it happened.

Again and again, he can be heard celebrating the success of the riot. “Let’s go!” he shouted after the last police line was breached outside the Capitol. “This shit’s ours! Fuck yeah!” Moments later he turned to a man next to him who was wearing full tactical gear — with a walkie-talkie on his bulletproof vest, zip-tie handcuffs, and a skull-patterned face mask — and shouted: “I can’t believe this is reality! We accomplished this shit, together!” John Sullivan, Who Filmed Shooting of Ashli Babbitt in Capitol, Detained on...

The enigma of “Activist John.” Why did an anti-Trump protester viewed with suspicion on the left follow Trump’s cult into the Capitol?

You don’t have to look hard, you only have to be willing to accept what you find.

You don’t have to look hard, you only have to be willing to accept what you find.

Osiris was saying antifash gordon guy was the one directing attacks. This guy in your article doesn’t appear to have much of a connection.

According to the article you posted he was part of some group or another and got kicked out because they said he was some kind of infiltrator or something like that.

So if you put a zebra in a herd of horses does it become a herd of zebra?

So far they have 2 defnitelies and 1 maybe antifa guy out of what? 30,000 screaming idiots?

If that’s the basis of saying that Antifa was somehow in control of this, whoa man, that is one giant leap of conspiracy voodoo.