OK, I wasn’t laughing before but damn.

First QAnon gets in his head, then they make him think he’s a “digital soldier”, and next thing you know a convicted military leader is calling for this. I guess we know what they meant by “storm is coming” now…

So let me get this straight…masks and lockdowns are Nazism, but this isn’t? 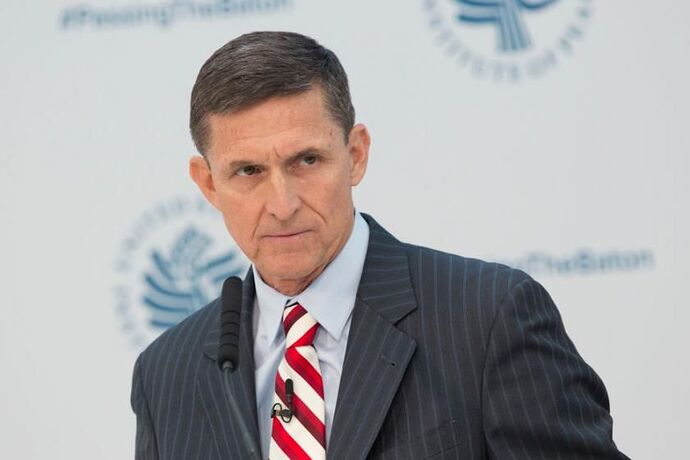 Retired Gen. Michael Flynn is fresh off a presidential pardon and ready to get back into some trouble.President Trump pardoned his short-lived national security adviser last week, after Flynn had previously pleaded guilty to lying to the FBI about...

“Accuse the other guy of that which you are guilty.”

This guy’s a traitor.

Turns out it’s not only disgraced ex-military generals, it’s also people like Scott O’Grady, nominee for Assistant Secretary of Defense for International Security Affairs. See, they are all getting their bunk from the same shitholes and smearing it among themselves. 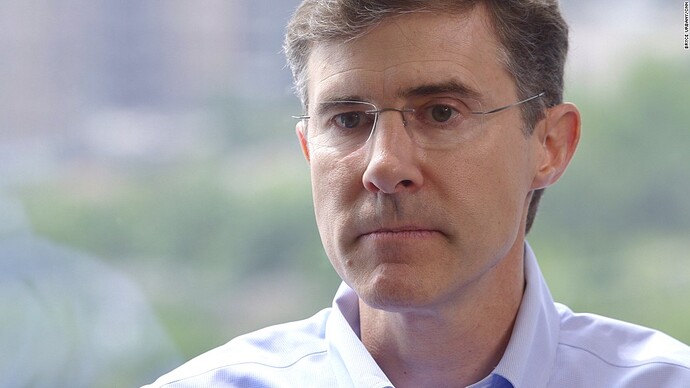 This is the guy who among many other nutter things, called General Mattis a “traitor”.

Officials and ex-officials of the government throwing around this term wouldn’t have surprised me before 2016, but Trump ushered in this new era quite efficiently.

So, the question is, how much influence does this guy have over the military? Not being military myself I don’t really have a sense.

Military are allowed to have their own opinions, and you might be surprised at the number of leftists. The conflict happens when one defies authority that they have sworn to abide. Out of uniform, you are welcome to vote, and otherwise do anything that doesn’t violate the UCMJ or other law.

Flynn got his pardon, he’s paying Trump back now.

Not that Trump can revoke a pardon, but…

Consider this, there is the formal military, and then there’s what we call “paramilitary”.

When you consider what the “digital soldier’s oath” of QAnon is, it’s a paramilitary oath to defend the United States against Satanic Democrats led by George Soros, whitewashed as a grass roots organization (really just another 4chan whisper campaign), under the guise of something supported by the formal military… Yes, white washed was a double entendre. Proof? Find the Black or Latino or Eskimo people who believe in this garbage and post all day long about it online, who aren’t monetizing it. 0.0

Yet, it’s a banner taken up by Michael Flynn, and at least a few freshman Congresspeople. So isn’t the more important question, “why so much influence”? How did 4chan, 8chan, ED, and Kiwi Farms make it this far in the 2020 Presidential race? 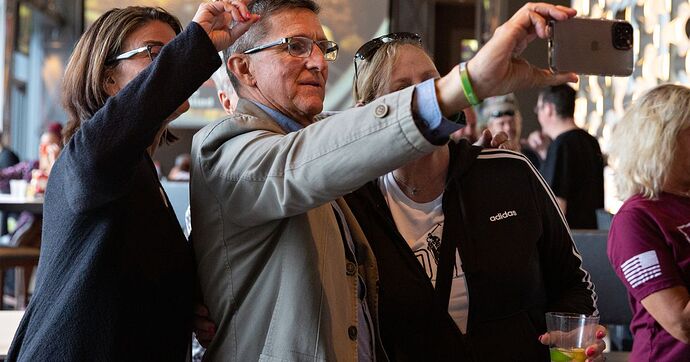 A former national security adviser for Donald Trump told attendees at a weekend conference in Dallas linked to the baseless QAnon conspiracy that what...

Yeah…if this isn’t a political prelude to a holy civil war, I don’t know what is.

You’ve got all the necessary elements:

Essentially, we now have a mass of citizens inside the US who are now proudly stating that they will never accept democratic process, because God and patriotism and whatever. Our very own homegrown ISIL.

Time to clean up America, folks, before the crazies take control again. 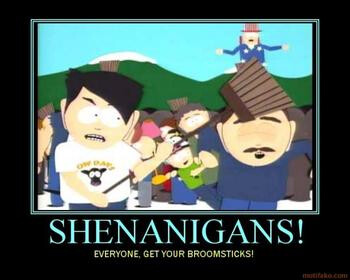 linked to the baseless QAnon conspiracy

You are linked to the baseless Q. You have just acknowledged that they exist and aren’t just a troll-job aimed at getting people like Rabbit to vote for Trojan President Harris. Surely, our elected representatives and their appointees are too smart to go in for made-up shit like “respect muh pronouns,” and “renewable energy.”

You think Qanon is a creation of the loony left?

I think Qanon is a self-fulfilling prophecy. Lefties wanted there to be a crazy shadowy anti-government organization to blame all their bullshit on, and poof!

Lefties wanted there to be a crazy shadowy anti-government organization to blame all their bullshit on, and poof !

No, lefties blame all their bullshit on shadowy government organizations.

The people who blame all their bullshit on shadowy anti-government organizations are called “the Joes”.

It sounds a bit like you are in denial 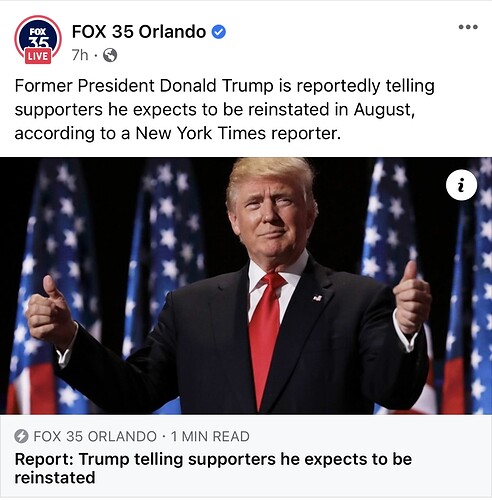 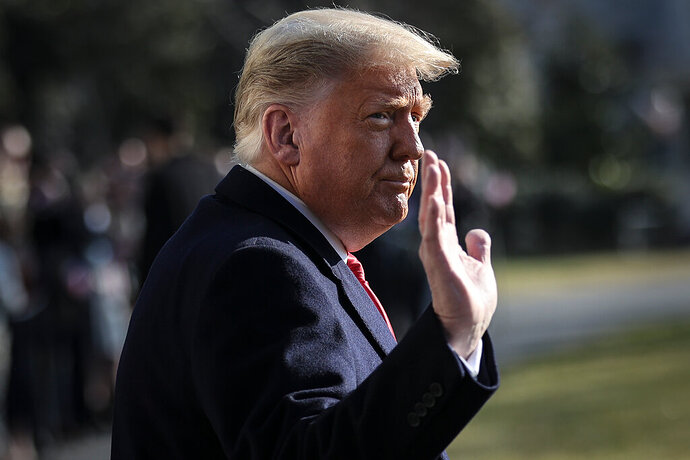 Trump shuts down his blog, frustrated by its low readership.

The former president had heard from friends that the site was making him look small and irrelevant, according to a person familiar with his thinking.

Keep your eye on the massive swarm of psychotic sycophants that believe he’s the Messiah and are on the march…a disproportionate number of whom have active or prior military experience.

That’s like saying "Forget that Jesus guy, he was just a failed carpenter with mental health issues. It’s his followers that think he is not a very naughty boy, that you have to worry about " 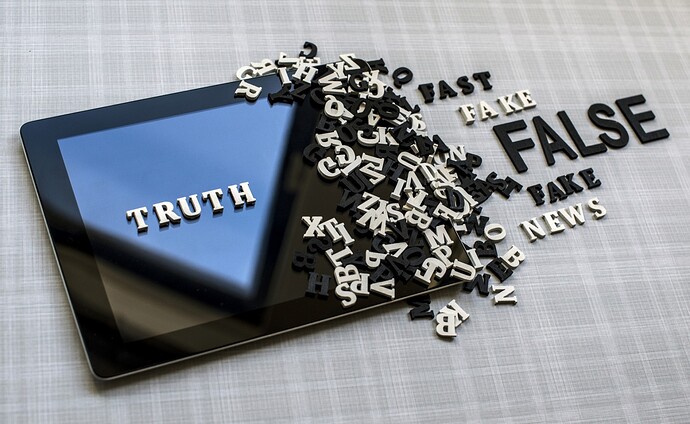 Conservatives are less able to distinguish political truths from falsehoods than liberals, mainly because of a glut of right-leaning misinformation, a new national study conducted over six months shows.Researchers found that liberals and...

“We saw that viral political falsehoods tended to benefit conservatives, while truths tended to favor liberals. That makes it a lot harder for conservatives to avoid misperceptions,” Garrett said.

A number of studies have found that human biology can be linked with political orientation. This means that an individual's biology may predispose them to a particular political orientation and ideology. Many of the studies linking biology to politics remain controversial and unrepeated, although the overall body of evidence is growing. Studies have found that subjects with conservative political views have larger amygdalae and are more prone to feeling disgust. Liberals have larger volume of gr...