Can black teenagers take guns to protests now to protect themselves from Proud Boys?

Yeah, quite a difference between the two!

Yes, the United States, regionally, and between urban and rural areas, is every bit as heterogenous as in Europe between various European Countries or cities, and villages, in culture and outlook,
With the exception of more homogeneity in first / primary language.
There is not a single American situation, or outlook, not on racism, not race relations, nor crime, nor economic situation, nor religious disposition.
Nor was there ever supposed to be.

Apparently, not only can the left not meme, they can’t handle firearms either.

This may change, and is with training.
As for me, pro 2nd Amendment, Yay!
Left, Right, what was that supposed to be for me, regarding approved media gobshite, me, I, don’t really care,
Let’s talk about gun safety, and safe firearrm operation, then marksmanship training, and stress operation, etc.
Oooh look, he or she, or non-binary pipped the ace on that one, didn’t he or she or tze,
I’m guaranteed to make fun of them, for something, and if I can’t find anything else, it wil be that, doodely-lo, doodlely-lo…
Go fuck yourselves, and cheers, and if don’t, go fuck yourselves, do I really need to repeat myself?

I do not look forward to a time where protesting decides to mutate into stand offs between well armed groups of “militia” as being the norm.

But that kind of thing seems just a few assholes away from turning into a hail of bullets.

In Canada? Fat chance… Everyone is so nice, you have strict gun control laws.

Because everyone is so nice…

The armed groups of militia facing off has already happened.

The Black militia had some accidental discharges.

However, antifascists show up whenever some right wing extremist group “protests” and are prepared to fight.

Not with firearms, so far, though, AFAIK. Well, sometimes, yes, it has happened, but not en masse.

Well, why would legally carrying legal firearms be an escalation?

This is a question of mindset between our countries. 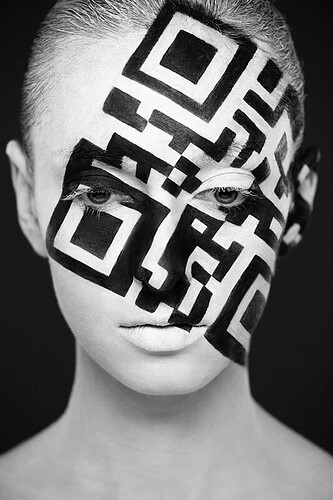 Because a rifle is a force multiplier… So that might signal a intent to up the amount of force.

Because a rifle is a force multiplier… So that might signal a intent to up the amount of force.

Might, but not necessarily. Depends on your point of view.

Why should exercising a Constitutional right be seen as provocative?

If you, as an observer, have that attitude, then you get scared, right?

So, when I go to the grocery story, and a guy is walking around with a handgun on his hip, do I get worried, or think the dude is aggressive just because he is doing that?

We all have our biases, man, me included.

If you feel comfortable with that, than that’s alright.

I’m glad I don’t have to deal with that bullshit when I go get the milk.

I wouldn’t know what that guys background is, he could be the next negligent discharge waiting to happen.

I don’t trust the vast majority of people on the road to drive correctly, and I wouldn’t trust their LVL of gun safety either.

It’s a uniquely American experience in the developed world to casually meet people while you are out and about, that are armed with a firearm. Only in America have I had the experience.

I won’t judge that as a bad thing but I do think more responsibility should be taken by you guys in exercising that part of your culture. But I have said that before on here.

I can’t see the reason for a peaceful assembly to require arming people.

Are you nervous because cops have weapons? What is the difference? Somebody that goes to an extra level of study and care, vs. somebody that just has it because it’s their job? I’ll take the former any fucking day.

I can’t see the reason for a peaceful assembly to require arming people.

Require is such a dirty word, in this context.

Peaceful people can and do carry arms. And, nobody gets shot, like 99.999% of the time! Amazing that it only really happens when assholes try to fuck up the landscape.

I do think more responsibility should be taken by you guys in exercising that part of your culture.

I still have not shot anyone in anger.

That wasn’t aimed at you, no.

Cops are civil servants with training requirements who are paid very well(up here).

And therefore are held to standard governed by the public to unsure trust and responsibilities.

So I’m fine with it. They are trained professionals.

“I was much more afraid in Montgomery when I had a gun in my house. When I decided that I couldn’t keep a gun, I came face-to-face with the question of death and I dealt with it. From that point on, I no longer needed a gun nor have I been afraid.”