Can black teenagers take guns to protests now to protect themselves from Proud Boys?

Nah, man, NFAC is a real thing, that was in the wake of a BLM protest where somebody ND’d 3 of their own. I don’t think anyone died.

You gonna make me Google this crap!!!

The “Not Fucking Around Coalition.” LOL. 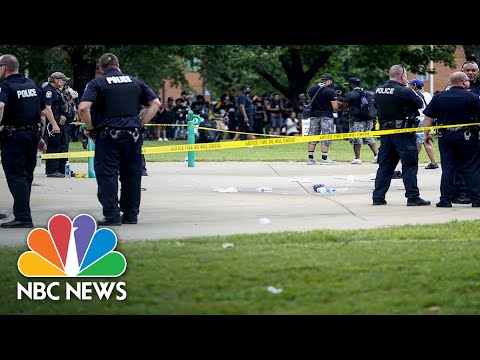 YMMV, I have put many thousands of rounds down range, and have never had an ND. These fucktards show up to a protest, and put 3 people in the hospital, then explain it with that bullshit. Even if it was possible to AD (hint: it’s not), why would you put your head in front of the barrel of a loaded rifle, then slam it on the ground? Fucking morons, the lot of them.

Alright I get it now.

I’m not a gun expert but I a believe bullup style rifle is one that loads the magazine behind the grip right?

And cycling the bolt carrier back and forth shouldn’t fire a round out. That would be a fucking stupid design. If you left the bolt open with a round in it, it should fall out, and if it didn’t and the bolt slammed back closed the worst that supposed to happen would be the rifle might jam?

So I’m not sure if he just taking the piss in his video or serious.

Yeah, AR is not a bullpup. Slamming the bolt home will just strip a round from the magazine and seat it in the chamber. It’s not going to light off, except possibly in extreme cases where you have already shot a couple hundred rounds and you get a cook-off, due to excessive heat.

Cook off eh? Good to know.

Hopefully, none of us experiences a cook-off event. 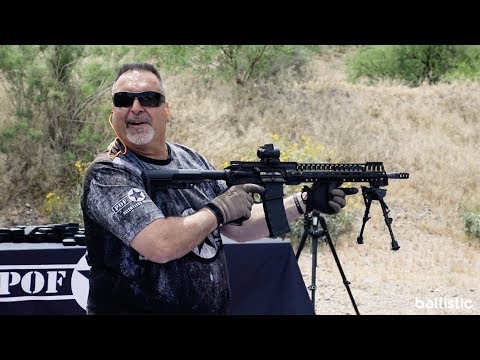 Yes I’m sure, you read that bias in all by yourself.

As I mentioned already, I tihnk the case for self defense was valid. Also mentioned before, it doesnt matter that you aren’t seeing it in the context of race & dont think it should be, it is being cast into that space. That is a factor justified or not.

Do you think it is relevant or important that this case be discussed in the context of race?

I think it would be missing a critical component of the larger picture if race is not addressed in some manner. Just dissmissing it as irrelevent (justifed or not) is not going to stop it being caught up in the quagmire of race relations in the US… its just not, in fact stonewalling that aspect will, in my opinion, make people dig in further.

The only race involved was the precursor, where a fucking bad man tried to do even more bad shit, and then people lost their fucking minds. Giving credence to race, in these kinds of circumstances, is what proliferates the bullshit.

Yep but its in the mix now.

That is not Rittenhouse’s fault, however. The bad actors, here, are BLM and the legacy media. We can be better people, if we choose to be.

Given that Kyle acted in self-defense & had any charges that would have dealt with his intent dropped. Is it now going to be a free for all at the next demo/riots?

Is this going to cause a major escalation in the polarity of modern US culture?

FTR, as someone elsewhere put it, its like someone climbing into the lions’ enclosure at the zoo & shooting the lions in self-defense. I happen to agree with the self-defense angle in this case but not his bad judgement in going there in the first place.

In the first place, although Kyle was fucking stupid to go to the “protests”, even stupider to carry around an AR-15 (or any other firearm openly), the fact he got attacked and defended himself stands alone.

The narrative you are working on is that Kyle went there “looking for trouble”, “wanting to kill people”, and all sorts of macho (white) male fantasies.

That he is a white supremacist blah blah blah.

That he provoked the attacks on himself, so he could not have acted in self defense, that the people who attacked him were responding to an “active shooter”, etc.

That is the narrative of the anti-gun left/progressive side of the equation, and, what the prosecution tried to go with, because factually they did not have a strong case.

Well, people are demonstrating/rioting now and I do not see any pitched gun battles so far, between white and black, well armed “militias”.

Because I think most of those guys are probably a bit smarter and more experienced than Kyle was.

Time will tell on that one.

Rioters were breaking shit in Portland last night…apparently nobody showed up but the cops.

I dont think it matters who you blame at this point.

I’m more curious about what your predictions are, what do you envisage happening as a result of this? Will black millitias step up to defend demos? Is that a bad thing? Will white millitias step up in retaliation? Is this just a hyped news cycle? Is there a real bad confrontation brewing?

The people who went to peacefully protest got hijacked by criminals, basically. As usual.

See all the burglaries/robberies going on last night ?

Legal militia is all able-bodied US citizens. These factions, on either side of a race line, are basically terrorist groups, at worst, and fucktards, at best.

Well yes & there are some armed black millitias that will see this as a justifiable reason to increase their presence at demos.

An excuse maybe? I mean, if legally carrying, fine with me.