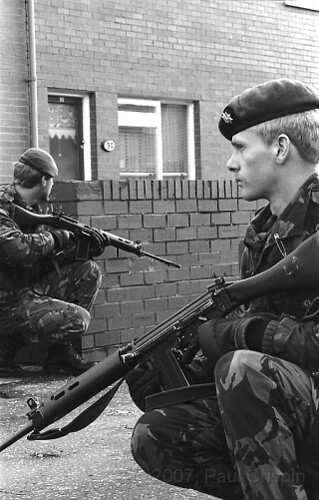 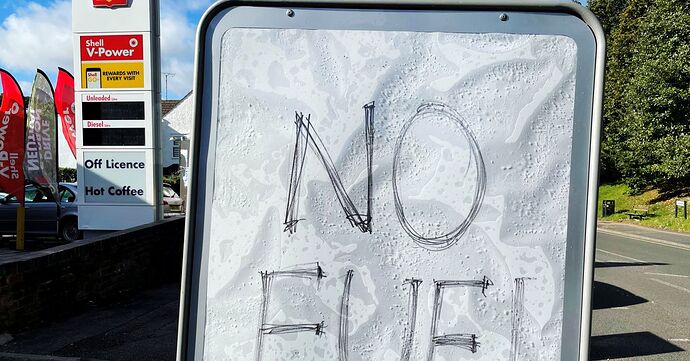 Why not throw the fuckers out of Norther Ireland, and join the rest of the EU?
Better Eurotrash, than British trash, I always say.
Not that I have anything against lard.
I’m rather fond of it, really.

What a good idea

I’m surprised nobody has ever thought of it before

All that happened was BP said they were short of drivers and shut a few stations and everyone went bat shit as they do over here from time to time.

its calmed down allot today and most stations have no cues and some of the ones on the major roads still have cues because people are idiots.

70% of the HGV drivers are on contract or as we say here PAYE so the companies that have their drivers on salary havent had short delivery’s but have run out only because the media made everyone panic.

My understanding is that the army was on standby in case they are needed and have not been deployed yet.

Namely because there is no shortage its just panic, was toilet paper last year, will probably be tuna fish or something else ridiculous at some point in the future.

When I see how many idiots their are in this country it really does test my faith in democracy.

I agree, I really dont get the attachment.

Northern Ireland voted largely to stay in the EU so let them leave and re-join the south IMO.

Wales and Scotland not so much because we are on the same island but even so to be fair if the Scots voted to leave the UK I wouldn’t lose any sleep.

I’d gladly see the back of NI, hopefully it will stop them from fucking moaning.

Namely because there is no shortage its just panic, was toilet paper last year, will probably be tuna fish or something else ridiculous at some point in the future.

Will I have a turkey in the freezer to send you, just to be on the safe side

Update is the 100 army staff will be delivery fuel from Monday with another 100 training to stay the following week.

I just hope they do the same if Dominoes pizza experiences the same problem.

What is your response to speculation that the UK is only 5 days away from cannibalism?

Eating Brits will give one gas.

What is your response to speculation that the UK is only 5 days away from cannibalism?

Will they be eating each other boiled in mint sauce?

In some places it’s yesterday . 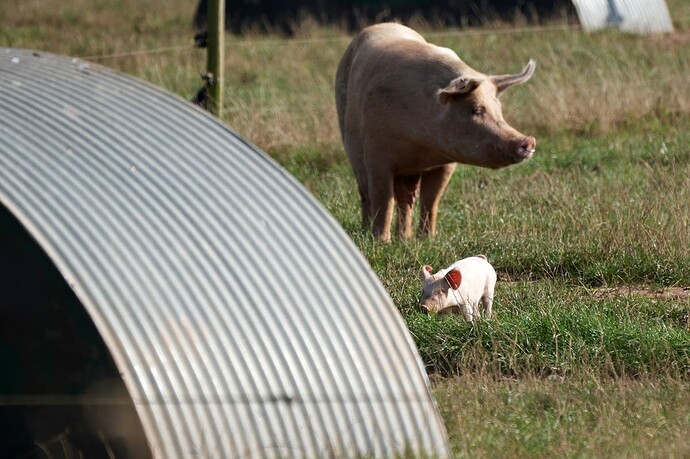 Government ‘are standing by and watching this happen’, a leading supplier said

Boris is making such a haimse of BREXIT

It’s like nobody planned for an economy without immigrant labour

Its British tradition not to plan, then react slowly.

Then act like we are doing better than everyone else.

Boris was not voted in because he was going to change that but rather because he is the best at it.

Regardless, all the pumps are full and no cues .

Now we have alerts that pasta is running low “MAMA MIA!!”

Havent seen much evidence of either in the shops I frequent…

I was ranting to my staff earlier that the only real difference is less choice, usually I have several different kinds of spinach to choose from, now I just have 2/3 .

Supermarkets are known for wasting so much food as are we so reducing the largely unnecessary choices and making everyone think a bit more efficiently is in my humble opinion how things should be anyway. 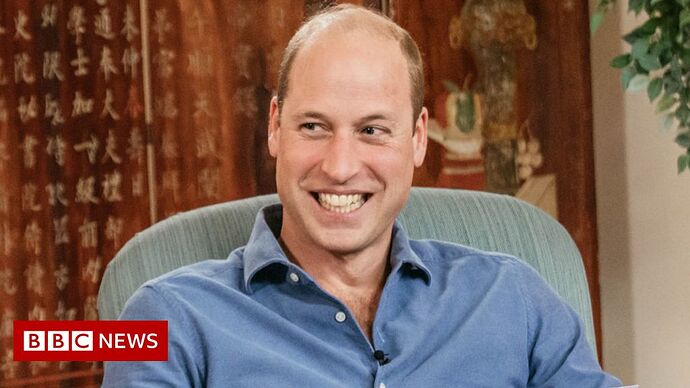 The prince says great minds should focus "on trying to repair this planet" not exploring space.

Tánaiste accuses UK govt of not keeping its word

The Tánaiste has said claims by a former senior aide to British Prime Minister Boris Johnson, that the UK never intended to stick with the Brexit deal it agreed, are very alarming.

《If the British government doesn’t honour its agreements, it doesn’t adhere to treaties it signs, that must apply to everyone else too.

And you shouldn’t make any agreements with them until such time as you’re confident that they keep their promises, and honour things, for example, like the protocol.》

Firstly, nobody sticks to anything they dont want to regardless of signatures if they have the power not too.

Secondly, this will change nothing in regards to the entering into agreements with the UK for several reasons including nobody taking the EU seriously and the UK having relationships with nations that predate the existence of the EU.

Thirdly, Brexiteers already knew this, Jacob Rees Mogg said himself in regards to Theresa Mays deal that we would just have to sign it and then “sort it out afterwards” .

Ever since Michael Gove stabbed Boris Johnson in the back to cause Theresa May to accidently become prime minister Brexit was on the back foot due to a pro EU remainer with no spine being in charger of it.
That was not the plan and Gove screwed it up trying to grab the hot seat for himself.

From that point it was always going to be a matter of get it across the line as best we can and then sort it out.

The EU have just made some huge concessions so it appears to have worked.

Lets not forget that even countries in the EU do not honour what they have signed with the EU.