How was he a psycho?

I just figure he made a typo there. 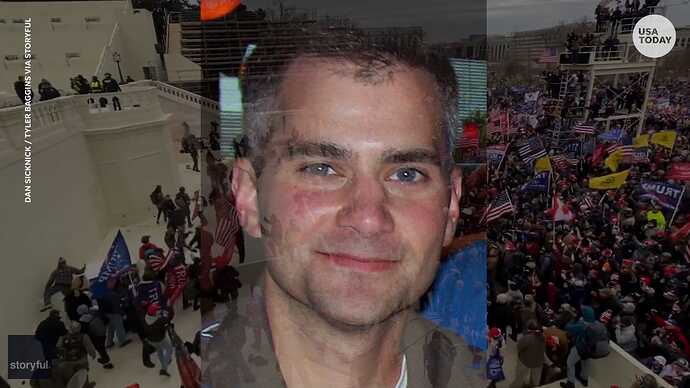 Cause of death released for 4 of 5 people at Capitol riot – but not Officer...

The causes of death for four people who died at the Capitol riot have been released, but results are still pending for Capitol officer Brian Sicknick.

Since they are the ones who did the autopsy, and determined the manner and cause of death, I’ll be accepting their take on the matter.

But they weren’t the ones present. The people present say it was a grenade, and I know for a fact about them trying to stop them from getting more medical care.

My main point is that he wasn’t just strolling about when he keeled over.

They did cut him open and look at his heart.

I know the article you linked to stated he was hit by a flash bang but none of the named witnesses said that. It looked like they could only confirm that a flash bang or flash bangs had gone off near him. Of course if the family requested the autopsy report and/or got his clothing back from the hospital and ME’s office and there was a burn from a flash bang it would help your argument.

The title of the thread was that he was MURDERED. And I don’t see the necessary intent there. Though in civil court one could make an argument that the capitol police or district of columbia police were negligent or grossly negligent in not providing him with the proper medical care on that day.

A judge would would have to make a judgment on what the duty of care would be, and whether it would change at all if the police were handling a riot at the same time.

Edit: Since the Federal Government was involved (capitol police) a civil action would generally allege a deprivation of civil rights under the color of law which would entail a different standard then negligence or gross negligence. That would bring in an even higher set of standards one would have to meet as a plaintiff.

Only left wing crazy people would ever show up to assault the US government buildings.

Since when do right wing crazy people attack government buildings? That doesn’t happen.

The radical lefty fucks who showed up on Jan 6 for Trump were easily triggered left wing fuckwads who got spoon fed an agenda by the GOP, and went to war. See left right don’t matter , what matters is who gets inside your skull.

The part which makes it problematic is if, as you claim, it happened before the riot kicked off

Not to disregard your eye witness, but you couldn’t see what was going on beyond your eye line

There are other witnesses to this as well including Antifa intelligence.

I was able to see what was going on pretty much everywhere. I was headed to a meeting, so I hustled up front. So I saw the status of the protest and there was no violence prior to the death of Philips. Which happened to be the meeting location.

The reason people aren’t covering it is because its just not KNOWN. There are many elements not covered. Like the covert team that breached police lines. Never gets mentioned.

I’ve found that the best coverage is in the documentaries on the subject. They tend to either ask what happened or share their own perspective from their involvement.

It’s just in such a charged, partisan, atmosphere I find it hard to believe that some Commissar or other hasn’t picked it up and ran with it

Two levels with two different storylines. Politics is more an issue of presentability, big names and a narrative the mainstream can follow. Cryptopolitics deals with lesser known figures doing and saying things that don’t appeal to popular storylines.

If there was a smoking gun that proved 6/1 was manufactured by state malfeasance/incompetence, the looney Right would be making hay

How does anyone outside Antifa such as Osiris know what they know?

How does anyone outside Antifa such as Osiris know what they know?

Human intelligence is still a thing, in the general sense.
And still works.
And still is used by private investigators, street criminals, militaries, government intelligence agencies, documentary makers, reporters, interested parties.
With all the caveats that come with verifying intelligence or information gathered is reliable, good, etc, whether it is electronica intel, or human intel.

It was certainly one or the other. We’re supposed to believe the entire FBI watch list rushed to DC after weeks of fighting in the streets there and nationwide and they didn’t notice.

A. Yes, yes they do post it online. And they make movies about themselves, and things like that. The information flows easily because it helps them get the most people on target. If they didn’t know who to attack, they wouldn’t. There are Antifa meetings and such, but a lot of the leadership comes from putting out what are essentially hitless. They also pose as journalists and film makes and such for their ops, so they do actual journalism and film while they’re at it.

This approach does have its downsides as you may imagine, and it often causes security breaches.

B. I also followed their targets around for months, in a bid to get to know Antifa, and my plan worked. I know what they do now and how.

OSINT is the wave.